Bankroll Fresh Net Worth 2018 – How Wealthy Was He? 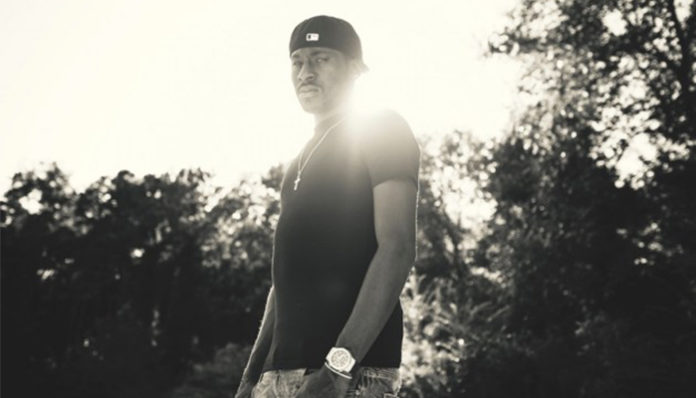 Known for his raspy voice, American Rapper Bankroll Fresh rose to fame with the release of his 2014 hit single, Hot Boy. Originally from Atlanta, Georgia, he learned how to hustle as a teen and eventually gained street credibility in the west side of town. At the age of nineteen, he decided to take up rapping.

Later deciding to embark on a professional music career, he gradually made himself known in the scene with a series of mixtapes. In 2008, Bankroll Fresh was featured in Gucci Mane’s title, Sports Center.

However it wasn’t until the 2010’s that he made his big debut with his hit record, Hot Boy. By the time of his untimely passing in 2016, the rapper had over a dozen credits to his name.

What was his net worth back in 2016? What were his different sources of income? Let’s take a look to the answers to those questions.

How did Bankroll Fresh Make His Money & Wealth? 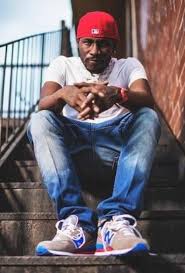 Born on August 2, 1987 in Atlanta, Georgia, Bankroll Fresh (Real Name: Trentavious Zamon White Sr.) grew up in the western part of the city, where he learnt how to hustle at a young age. By the time he was in his teens, he had a level of street credibility. While he often got himself into trouble, music was always something that he could fall back upon.

After the age of nineteen, Bankroll Fresh decided to dedicate more time towards his rapping career. Throughout the 2000’s, he recorded a number of mixtapes- although many didn’t end up weren’t released to the public. In 2008, the aspiring artist received a small break after being featured in fellow rapper Gucci Mane’s mixtape entitled, Sports Center. During this period, he performed under the stage name of Yung Fresh.

On October 12, 2012, the Atlanta artist came out with his debut mixtape, Street Motivation. Mainly produced by Zaytoven, it boasted fourteen tracks including Rain on Her, Human Cooler, Boss Up, Get it Up, Grab It, and Keep it G; a few guest appearances were also made by Zaytoven, and Gucci Mane. To date, it has been streamed over 40,000 times online.

In 2013, Bankroll Fresh released a single dubbed, Dead Presidents via digital download. To date, it has been streamed over 115,000 times on his official Soundcloud page.

Eventually becoming acquainted with music producer Metro Boomin, he worked with him on his mixtape, 19 & Boomin in 2013. From there, Bankroll Fresh made his big debut in 2014 with the single, Hot Boy– which was met with relative success. Within a few months, he had followed up with the mixtape entitled, Life of a Hot Boy.

Before the end of the year, Bankroll Fresh released his next mixtape, Money to Die 4 on August 6, 2014. Presented by DJ Lil Keen and DJ Black Bill Gates, the 10-track project included the tracks Real Nigga, On Sight, Hot Boy, Street Blessing, Show Em How To Do It, and Come With it. Well received, especially by his fans, it has since been streamed over 29,000 times and downloaded more than 14,000 times on Datpiff, a popular mixtape sharing platform.

On April 24, 2015, the Atlanta artist came out with his fourth mixtape, Life of a Hot Boy 2: Real Trapper. Another title to add to his growing catalogue at the time, it included a few features of artists Travis Porter, Free Gucci, Boochie, Street Money Red, and Spodee. More popular than his earlier work, it has been downloaded over 20,000 times and played close to 70,000 times as of May 2017 on Datpiff.

That mixtape eventually spawned the single, Walked In which featured Travis Porter and Money Boochie. While it didn’t make it to the US record charts, it helped to bolster his fame nonetheless.

In the summer of 2015, Bankroll Fresh teamed up with Zaytoven, one of his longtime collaborators for his next release, Rock Solid. The project consisted of eleven songs including Cole World, Hunger, Haters, Ten, Goin Hard, and Piano Keys, the last of which featured rapper Tracy T.

After another mixtape that year, he released his extended play, Street Stimulus EP. Featuring Skooly, Boochie and 2 Chains, it included the beats Walked In, Fake Niggas, On Me, Take Over Your Trap, and Fuck is You Saying.

In 2016, Bankroll Fresh collaborated with Spodee and T.I. on a brand new single, I Just Wanna. That same year, he was also featured in Jeezy’s hit track, All There which went on to peak at number 50 on the Top R&B and Hip Hop Songs chart- making it the artist’s first work to reach the music charts.

So how much did all of these endeavours yield him in the end? While he may not have earned a killing from his mixtapes, seeing as how they tend to be more promotional than profitable, Bankroll Fresh would have still brought home a relatively reasonable amount from its online streams, etc.

As you’re probably already aware, most if not all artists are capable of putting ads on their tracks through music streaming sites such as Soundcloud, which earns then a fair bit of revenue. Considering how his songs have been played thousands and thousands of times on the web, it’s not unreasonable to say that he did in fact, bring home some income from the tracks.

Speaking of online revenue, Bankroll Fresh’s Youtube channel also served as a source of supplemental income. As of spring 2017, his official account has accumulated close to 40,000 subscribers and has amassed over 13,000,000 views across all of his videos. His most popular video on his channel, the MV for his hit single, Hot Boy has since been viewed over 8,600,000 times.

Given that a Youtube user is able to earn upwards of $5 per 1000 views in terms of ad revenue, this works out to be $65,000- if we were to do the math with his lifetime views. From his Hot Boy music video alone, he would have yielded upwards of $43,000. Of course, all of these numbers are before Google’s cut of the revenue.

With his considerable popularity, it’s not surprising to know that Bankroll Fresh also performed a number of live shows- these stints would have paid him handsomely. Looking at his past history, the rapper had hit the stage over half a dozen times from 2014 until 2016. As far as his booking fee goes, it was probably in his tens of thousands per show.

Although he never embarked on a serious acting career, the Atlanta-native did take part in the 2016 independent short film, Take Over Your Trap.

Looking back, Bankroll Fresh had enjoyed a successful career prior to his untimely passing in 2016. For a twenty something year old to have amassed a fortune of over a hundred thousand dollars, is definitely a feat in itself. According to various online sources, he had a net worth of $150,000 in 2016, prior to his death.

Following his death, a studio album entitled, In Bank We Trust was released posthumously on April 24, 2017. Featuring the rapper’s likeness engraved on a gold coin as the cover art, Bankroll Fresh’s mother played a major role in the preparation and decision-making of the project.

From what we know, the Atlanta rapper was not married at the time of his death- it is also unknown whether or not he was dating anyone at the time.

Did Bankroll Fresh Have Any Children?

Yes, Bankroll Fresh was the father of two children- a son named Zamon White and a daughter named Madison who were three and four years old respectively, at the time of his death.

Where Did Bankroll Fresh Get His Name?

It’s not entirely sure where the rapper had gotten his stage name, “Bankroll Fresh”. In the past, he also recorded and performed under the name, Yung Fresh.

Did Bankroll Fresh Go To College?

From what we can gather, Bankroll Fresh did not go to college. Presumably, he dove straight into his rap career after high school.

What Kind of Vehicle Did Bankroll Fresh Drive?

It is unknown what kind of vehicle the rapper was driving up until his passing.

How Much Did Bankroll Fresh Earn Last Year?

Unfortunately, this information is currently not available as this time.

Although his life was tragically cut short, the rapper had grasped a number of accomplishments during his music career. By the time he had passed in 2016, he had eight mixtapes, and a handful of singles to his name- one of which charted on the Top R&B and Hip Hop Albums chart.

An authentic Atlanta artist who had touched many lives, Bankroll Fresh was considered to be an individual with major promise.

On March 4, 2016, Bankroll Fresh died from gunshot wounds at a local hospital after being caught in an altercation with his childhood friend, No Plug- who also happened to be a rapper. According to reports, the rapper was shot and killed while inside Street Execs Studios in Atlanta, the home base for rappers such as Travis Porter and 2 Chains.

Authorities later found more than 50 shell casings were later recovered at the scene, both inside and outside the area. In one interview, No Plug claimed that Bankroll Fresh had in fact, fired the first shot and that he only returned fire in self defence. The next thing he knew, his former friend was lying on the ground.

Since the event, the police have released a video of the shooting in hopes of finding the truth regarding the homicide. As of 2017, they are still inviting individuals to come forth with any tips or clues regarding the incident.

The Atlanta rapper was only 28 years old at the time of his death in 2016. Following his passing, many artists have come forth to say their respects to the artist including T.I. 2 Chains, Killer Mike, DJ Drama, and Push among others. The funeral service later took place on March 12, 2016 at Atlanta’s Jackson Memorial Baptist Church, where friends, family and fans paid tribute.

While he may be gone, his legacy lives on. Bankroll Fresh’s team is currently working on releasing a posthumous album entitled, In Bank We Trust sometime this year.