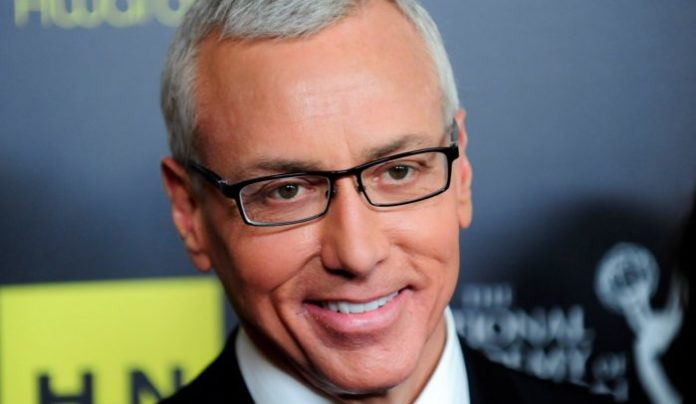 David Drew Pinsky, better know to many as a celebrity doctor named Dr. Drew has made millions over the span of his career. Dr. Drew has been in the spotlight for over 25 years and has gained a fortune along the way. Let’s talk a look at how he has made his fortune.Dr. Drew Net Worth 2018 – $ 20 million

How did Dr.Drew make his money and wealth?

Dr. Drew has been present in pop culture related media for decades and is the go to source for anything celebrity related or for anything to do with current affairs. Dr. Drew first rose to fame in 1984 when he hosted a program called “Loveline,” which was a radio segment that focused on dating and relationship advice. The program originally broadcasted on KROQ, which at the time was a small local radio station. To this day, Dr. Drew still hosts “Loveline” multiple times per week. You can hear “Loveline” Sunday through Thursday from the hours of 10:00 PM to 12:00 AM.  Dr. Drew has also wrote several different books including “ The Minor Effect” and “Cracked,” both of which have been well received, and contributed to his overall wealth.

Drew has also made significant income from his TV appearance.  His first television show was on the HLN network, and called, “Dr. Drew On Call”. The show focused on current affairs and aired Monday through Thursday every week.   The pilot premiered in 2011, but the show ended in 2016. Fortunately, this was not the end for his TV presence, as he also regularly hosts several reunions for Teen Mom and 16 and Pregnant, two popular shows that air on MTV, as well as hosts his own show, Celebrity Rehab with Dr. Drew.

A somewhat controversial area of income for him, came from a pharmaceutical company in 2009.  At that time, he received a large lump sum of money from a pharmaceutical company in exchange for his recommendation of their medication.  This caused a huge scandal as it turns out that the company had been paying him to endorse their product for a grand total of $275,000. He also allegedly spread messages about the medication on national television that may have exaggerated its benefits; however, he was never charged with a crime, and Dr .Drew says that he has done nothing wrong. As a direct result of this scandal Drew’s show was cancelled within two weeks of the news being released. 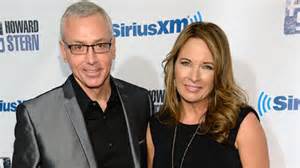 Yes, He has been married to Susan Pinsky, Host of a popular podcast named Calling Out, for 25 years as of this writing. They were married on July 21, 1991.

How much did Dr. Drew earn in the past year?

He has earned over $2 million dollars last year due to hosting Celebrity Rehab and Dr. Drew On Call.

Where did Dr. Drew Go to college?

Dr. Drew went to multiple colleges. He went to Amherst University graduating in 1980.  He then attended the University of Southern California graduating in 1984, and moved on to attend the Keck School of Medicine of USC. As you can see Dr. Drew has received a lot of formal education and is very educated.

Is Dr. Drew a real doctor?

Yes! Dr. Drew has practiced medicine for years and has been employed at several hospitals and even ran own practice. He is a board certified internist, addiction medicine specialist, and assistant clinical professor of psychiatry at the Keck School of Medicine. He was also formerly a medical director at Las Encinas Hospital in Pasadena, California. He was formerly a staff member at Huntington Memorial Hospital in Pasadena, California. Currently, he practices as a private physician in his own office setting

Has Dr. Drew been involved in any scandals?

Yes. He was a part of a major scandal involving a pharmaceutical company called GlaxoSmithKline and ultimately led to his show being cancelled.  The pharmaceutical company paid had been paying him to advertise their products since the beginning of 1999.  In 2009, Dr. Drew was paid $275,000 to advertise their medication, Wellbutrin, on live television. Wellbutrin was originally marketed as an antidepressant that treated anxiety and major depressive disorders, and he was allegedly tasked with expanding the drugs suggested uses.   On television, he claimed that the medication could, among other things, improve a user’s sex life, and sexual performance.  This side effect was not proven, or cleared by the FDA. He was not charged with any crimes and claims innocence saying he did nothing wrong. He stands by that statement to this very day, arguing that nothing has been presented that can prove that the drug cannot do what he claimed.  Nonetheless, his show was canceled as a direct result of this scandal.

Does Dr. Drew have children?

Yes, Dr. Drew is a dad to multiples! Dr. Drew has triplets; two sons and one daughter. His children are named Jordan, Douglas, and Paulina. At the time of this writing the triplets are 24 years old.  Paulina co-hosts a popular podcast, Douglas is a musician, and Jordan is currently a college student. 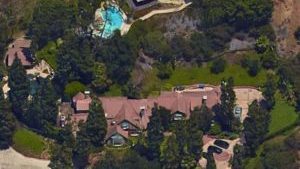 Where does Dr. Drew Live?

He was born in Pasadena, California and still lives there to this very day. He lives with his family, his wife and three children. His home is a 5 bed, 6 bath, property and is an astounding 6,522 square feet.  The structure is an English Tudor style, sitting on one acre of land on top of a hill and is located behind gates.  This beautiful home in Pasadena, California has an estimated price of $3.8 million dollars.

He sure does! He partners with Hillsides and has done so for about ten years. Hillsides is a charitable organization located in Los Angeles, California. Their goal is to help improve the lives of children and families in crisis. Dr. Drew donates money to the charity each year along with his wife, Susan.

As you can see Dr. Drew has had a lot of success with his business ventures and still does to this day as he still brings in wealth by regularly hosting shows and even has his own show, celebrity rehab with Dr. Drew. His wealth is sure to grow even bigger in the next years as he has tons of projects lined up such as Sharknado 4 : The 4th awakens and Sandy Wexler, an Netflix original series.