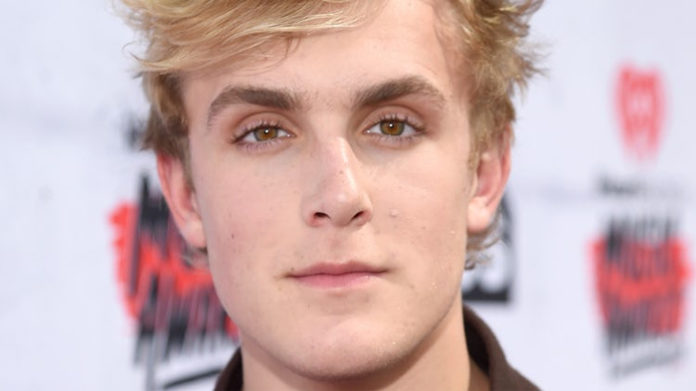 Social media personality Logan Paul originally rose to fame through his comedic clips which were shared via the video-streaming platform, Vine. Hailing from Ohio, he found himself gravitating toward the online world at a young age. By the time he was ten, he had started to create his own videos which he later shared on Youtube.

Through his regular channel updates, Paul’s follower count had grown sizeably by the time he was entering college. Having said that, it wasn’t until he joined and began posting short clips on Vine in 2014, that he first garnered widespread attention. Before he knew it, he was earning thousands from the social media platform from ad revenue alone.

At just twenty two years old, Logan Paul currently has an estimated net worth in the multi-million range. Let’s break it down and see where this wealth came from.

How did Logan Paul Make His Money and Wealth? 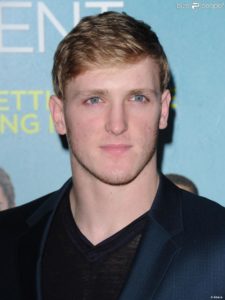 Born on April 1, 1995 in West Lake, Ohio, Logan Paul first started to make his own videos when he was still in grade school. By the time he was ten, he had already uploaded his own clips onto his Youtube channel which was called Zoosh at the time. When he wasn’t working on making videos, he spent his time playing sports such as football and wrestling.

Continuing to upload videos onto his channel throughout his teen years, Paul had amassed an impressive following by the time he was advancing to college. After a couple of years, he ultimately dropped out of his studies to pursue a full-time career as a social media personality. Upon making his mind, he relocated to Los Angeles, where he shared a condo with other like-minded individuals.

As of May 2017, Paul currently has 1.8 million subscribers (and counting) and more than 82 million life time views on his Youtube channel- all of which he’s attained over a period of four years. Now, it’s no secret that a large portion of his fortune has come directly from his success on the video-streaming site; users are able to earn ad revenue through Youtube after all. But the question is, how much does the Ohio-based Youtuber make?

On average, one is able to earn upwards of ~$4 (give or take some) per 1000 views on Youtube (after which the site takes a cut). To put things into perspective, Paul’s most popular video, Logan Paul Vine Compilation Episode 1 has currently been viewed over 8,000,000 times! Most of his other videos have also garnered more than a million views each- now, you can see why Youtube can be so profitable for the star.

The thing is, he has more than one channel- aside from his main account (The OfficialLoganPaul), he also has a vlogging channel called Logan Paul Vlogs which has over 4.2 million subscribers. On average, his main channel gets over 170,000 views a day while his vlogging alternative gets 3.5 million views a day- this works out to be over $6500 a day, from ad revenue alone!

While his work on Youtube has been nothing but impressive, his real breakthrough came in 2014 when he became a star on the video-staring platform, Vine. By the end of 2015, he had been hailed as its tenth most influential user. According to various reports, Paul allegedly earned thousands of dollars from Vine advertisements alone.

As his popularity and status continued to rise, he only took up more roles. In 2016, he made his Hollywood debut in the horror thriller, Viral where he starred as the main protagonist. Later on, he also appeared in the television series, Stitchers (2016), and Bizaardvark (2016). That fall, Paul also co-starred in yet another thriller called The Thinning (2016), alongside Lia Marie Johnson and Peyton List.

Aside from his work as an actor, Paul has recently helped to write an adult comedy film titled, Airplane Mode (2017). In addition to that, he also wrote two episodes of Seven Bucks Digital Studios (2017).

Since he rose to fame, the Ohio-native has also teamed up with a number of brands such as HBO, Hanes and PepsiCo. Although his earnings from said sponsorships and endorsements have never been revealed, it’s likely to have been in the thousands.

As far as additional side income goes, Paul also has an online shop set up (accessible from his official website) in which fans are able to purchase an array of merchandise from tank tops, hoodies and socks.

With all that he has going for him, the young 22-year-old’s success and consequent net worth will most likely only continue to climb with time.

No, Logan Paul is not married. The last time we checked however, he was in a relationship with fellow Viner, Jessica Serfaty. Over the past years, the two have been featured in a number of videos together.

It is unknown whether or not he has had any other relationships in the past.

Does Logan Paul Have Any Children?

No, Logan Paul does not have any children.

Did Logan Paul Go to College?

Yes, he did- at one point anyway. After graduating from Westlake High School, where he was an all-star linebacker, he went to Ohio University. Prompted by his success on social media however, he ultimately decided to drop out to pursue a full time career as an entertainer before obtaining his bachelor’s degree.

Where Does Logan Paul Live? Pictures of Logan Paul’s House

As of 2015, Logan Paul was living with his brother Jake in a luxury apartment complex located on Vine Street, Los Angeles, where several other Vine stars were residing.

What Kind of Car Does Logan Paul Live?

At the age of twenty two, Logan Paul has become one of the most recognized personalities on social media. As of May 2017, he currently has ~11 million followers on Instagram, 1.5 million on Twitter, and over 6 million on Youtube. Prior to the shut down of Vine, his account also had millions of followers.

In 2016, his work in the comedy web series, garnered him two Streamy Award nominations for “Best Comedy Series” and “Best Ensemble Cast in a Web Series”.

Continuing to grow his presence in Hollywood, Logan Paul is currently working on a few films including Where’s the Money, Valley Girl, Superstition: The Rule of 3’s, Liked, Airplane Mode, and Undying.