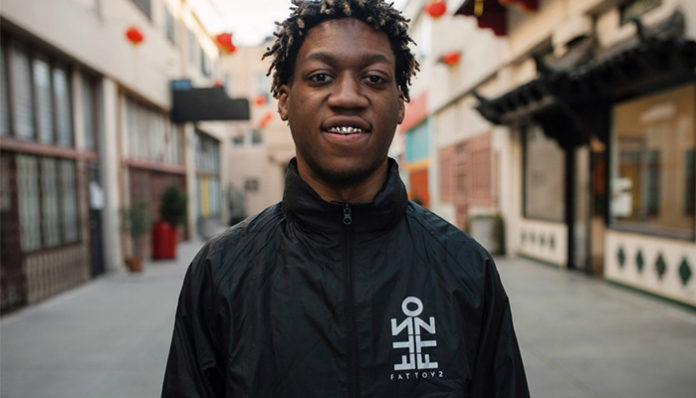 American hip hop artist OG Maco rose to prominence with the release of his debut single, U Guessed It in 2014. Hailing from Atlanta, Georgia, he was involved with music ever since he was a young teen. A skilled guitarist and singer, he was a member of a hardcore rock band called Dr. Doctor in the 2000’s.

At the age of nineteen, OG Maco dropped his debut mixtape, Marty McFly: The Mixtape in 2012. From there, he followed up with his an extended play entitled, Public Speaking in 2012. Gradually rising in popularity over the years, he has since released a number of mixtapes, EPs, and singles.

…and it looks like his hard work has paid off- currently, he has an estimated net worth of $500,000. How did he go about accumulating this amount? Let’s take a more thorough look at his career throughout the years.

How did OG Maco Make His Money & Wealth? 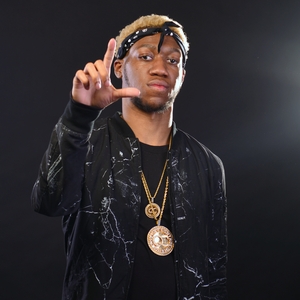 Born on April 23, 1992, in Atlanta, Georgia, OG Maco (Real Name: Macs Mattox) spent the majority of his youth in and around the neighbourhood of College Park. Although his family environment was stable, his surroundings were rough. When he was just thirteen years old, OG Maco’s best friend whom he had considered to be a close brother, was murdered- an event that further cemented the fact that he lived in a potentially dangerous neighbourhood.

At one point, the rapper even claimed that he “almost went to prison, for a long time”, having been faced with having to serve over 20 years at the age of nineteen. In addition to that, he was also on house arrest for more than a year for unidentified charges during his late teens. Despite the rough turns that he took in life, he ultimately found solace in music- which helped him pull through the difficult times.

A fan of music (hip hop and rock in particular) ever since he was a young teen, he was a part of a local hardcore rock band called Dr. Doctor, where he contributed both as a vocalist and a guitarist. Growing up, his biggest musical influences were Kid Cudi, Black Sabbath, and Curren$y.

On November 10, 2011, the then nineteen year old rapper released his debut mix tape dubbed, Marty McFly: The Mixtape. From there, he eventually followed up with his second tape, 10 Moons on February 21, 2012. Unlike his later releases, these two titles were credited under his real name, Macs Mattox.

From there, the artist took a two year break before returning with his third mixtape, Live Life on February 14, 2014. By the end of that year, he had released two additional titles, Give Em Hell (A collaboration with Key!) and Gifts. On top of that, OG Maco also released the EPs, Live Life 2 and Breathe.

On September 25, 2014, the hip hop recording artist released his debut single, U Guessed It. Written by OG Maco himself, an accompanying music video was later uploaded onto Youtube that August. A remix of the original track featuring 2 Chains ended up charted on multiple charts, making it his first and best-charting record in the US.

On November 28, 2014, he released his self-titled EP, OG Maco for free online. Featuring various guests such as Migos, 2 Chain, and OG Brylan Kerr, it came with fifteen tracks including Undefeated, Human Nature, Seizure, All on Me, and Want More. Within a few months, it had led to the release of his third single, Fuckemx3.

Starting off 2015 with a bang, OG Maco released the EP Yep (With Rome Fortune) on January 6, 2015 via OGG and Quality Control Music. A particularly productive year for the artist, he went on to release five additional extended plays including I Made This Shit Before “U Guessed It”, OGZAY, Tax Free (With Pablo Dylan as Tax Free), OGG Everlasting, and  10 Moons 2.

That February, the rapper also came out with a new mix tape entitled, 15 which went on to produce the single, Mirror Mirror (Kushy Stash). Speaking of singles, OG Maco was featured alongside Riff Raff in record producer Diplo’s song, Doctor Pepper.

On April 27, 2016, his next EP entitled, 7FRVR was released online; it was later followed by OG Maco 2: Episode 1 – The Duke of Summer, OG Maco 2, Breathe 2: Episode 1 – Unite, Blvk Phil Collins, For Scott…, and Dynasty (With Jay 5). At the beginning of the year that January the rapper also dropped the mix tape, The Lord of Rage.

Two singles were released by the end of 2016, No Love and Prayer Line, the latter of which featured Theo Ferragamo.

Most recently, OG Maco’s latest mixtape, Children of the Rage was made available on March 4, 2017.

On top of his mix tapes and EPs, OG Maco earns a relative bit from putting on concerts. Although no one knows for sure what his booking fee is, it’s probably no less than a few thousand dollars per show. Within the past couple of years, the rapper has hit the stage close to 100 different times at various venues; surely, all of these stints would have added up to be a hefty paycheck for the artist.

During his shows, fans are also able to purchase official (often limited edition) items to support his work.

On Youtube, his channel is also capable of raking in a fair amount via google’s partnership program. Since he created his account in May of 2013, his page has accumulated over 119,000 subscribers and more than 57,000,000 views across all of his uploads.

How much are Youtubers able to make via their ad revenue program? According to various sources, users make anywhere from $2 to $5 per one thousand views. Doing the math, that works out to be earnings in the range of $114,000 to $285,000, to date (not including Youtube’s cut). As of 2017, his most-viewed video, the official music video for U Guessed It has been viewed over 55,700,000 times.

As far as business ventures go, OG Maco also launched a clothing line in collaboration with DOPE, that consists of a limited edition vest and snapback which features art from his upcoming album, Children of the Range.

How has his net worth grown in the past years? While details are not available for 2012 and 2013, it is estimated that OG Maco had a fortune of $100,000 of 2014. As his popularity continued to rise with his ongoing spurt of mixtape and extended play releases, this amount went up to around the $400,000 mark by the end of 2015. Currently, it is estimated that the Atlanta-based rapper has a net worth of $500,000.

Will his fortune continue to rise in the upcoming future? If his past success is of any indication, the answer is most likely- yes! Perhaps one day, we’ll even see OG Maco branching out into television and Hollywood as an actor- until then however, we’ll settle for his musical releases.

No, OG Maco is not married In fact, it is not known whether or not he is currently seeing someone as his personal life has been kept quite private. The last time we checked, he was dating someone by the name of Nique.

Prior to that, the rapper was allegedly in a relationship with a woman named Lala. In a twist, it was reported that he had allegedly infected her with HIV. In response to that claim however, OG Maco stepped forward to reject such “vicious rumours” on his social media account.

Where Did OG Maco Get His Name From?

His professional stage name “OG Maco” consists of his given name, with the common rap prefix, “OG” which stands for “Original Gangster”.

According to the artist, his other alias, Maco Mattox, is a homage to Dale whose last name was Mattox.

Does OG Maco Have Any Children?

No, OG Maco does not have any children that we know of.

Did OG Maco Go to College?

Yes, OG Maco did attend college at one point. After graduating from Creekside High School in Southwestern Atlanta, he studied at Georgia State University; however he ultimately decided to drop out after a few semesters as he was “already making a lot of money” from his music at that point.

Unfortunately, we do not have any details regarding his living quarters at the moment- however, he presumably still resides in Georgia. With his pay checks however, he would easily be able to afford a nice plan for himself to call home.

Regrettably, we do not have any pictures of his house to share with readers at this moment.

What Kind of Car Does OG Maco Drive?

How Much Did OG Maco Make Last Year?

According to various online sources, the Georgia-based rapper earned upwards of $200,000 in 2016, however this figure has not been confirmed.

Since he first broke into the music scene in the early 2010’s, OG Maco has released seven extended plays and eight mix tapes. At just twenty five years of age, he has also come out with seven singles- one of which, U Guessed It (Remix) went on to reach all three major record charts in the United States (e.g. Billboard Top 200, Top Rap Songs, Top R&B and Hip Hop Songs).

In 2015, the Atlanta-based artist was chosen to be part of XXL Magazine’s Freshman Class. With all that he’s got going for him, OG Maco is definitely worth keeping an eye on in these upcoming years.

Most recently, OG Maco released his eighth mixtape dubbed, Children of The Rage on March 4, 2017.