Amanda Cerny Net Worth 2018 – How Much The Social Star Makes 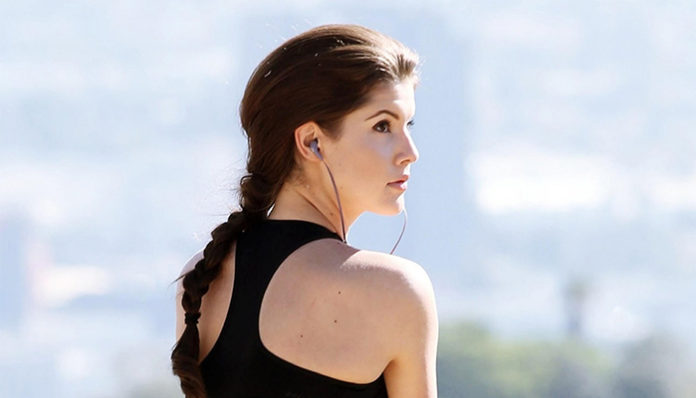 Social media personality Amanda Cerny rose to fame after being featured by Playboy in the fall of 2011. A university student at the time, she eventually started to work as a model after travelling to Los Angeles for a photoshoot.

After making a name for herself in a modelling industry, she branched out into social media, more specifically on Vine and Youtube. Known for her comical videos that often poked fun at what women endured on a daily basis, Cerny quickly garnered herself millions of fans and viewers online.

By the time Vine shut down in 2016, the brunette had more than 4.6 million followers. Outside of her online endeavours, Cerny has also appeared in a number of TV series over the last few years, the most notable probably being that of the comedy series, Adam Devine’s House Party (2016).

Currently, it is estimated that Amanda Cerny has a net worth of $500,000. What are her different sources of income? Let’s take a look.

How did Amanda Cerny Make Her Money & Wealth? 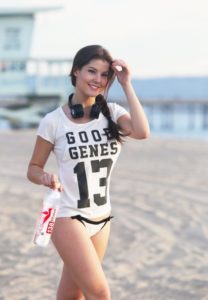 Born on June 26, 1991 in Pittsburgh, Pennsylvania, she spent her youth in Florida with her parents and sister, Samantha. An avid athlete, she received her first black belt in karate at the age of eleven. As a teen, she was not only a straight A’s student, but she was also an active member of the varsity track team.

At the age of fifteen, the brunette began working as a model- at the time, it was just a fun hobby. However, all of that soon changed after one of her fellow classmates was featured in Playboy Magazine. Inspired to achieve the same, she eventually sent her own photos to the publication.

After graduating from high school, she went to Florida State University where she studied international affairs. Ultimately, it was during her junior year there that she received a phone call notifying her that she had been selected for a test shoot with Playboy. Flying over to Los Angeles, she posed for a few shots, after which she was chosen as Miss October 2011.

From there, Cerny started to pick up more modelling gigs- before long, she had earned herself a name in the field. While her stint with Playboy magazine garnered her some attention in the United States, it wasn’t until she branched out into social media that she first rose to prominence.

Taking advantage of her good looks and comedic style, she eventually created a Vine account in 2013. Striving to carve an identity for herself in the world of social media, Cerny started to post a number of funny clips onto her page, most of which poked fun at what women had to endure on a daily basis. With her humorous content, the brunette’s Vines quickly racked up on views.

With her skill set, it did not take long for her to reach the one million follower mark on Vine. As her popularity continued to rise on the social media platform, she began collaborating with a number of fellow Vine stars such as King Beach, Rudy Mancuso, Jake Paul, and Josh Peck. By the time Vine shut down in January 2016, Cerny had over 4.6 million followers.

Considering her popularity on Vine, it’s only natural that it had earned her some cash on the side. In fact, it’s not uncommon for stars on the site to receive a few grand for a brand mention or a few tens of thousands of dollars for promoting a specific product. Although we don’t know for sure how much Cerny had earned from her time on Vine, it most likely would have been a relatively significant amount.

Since Vine closed 2016, Cerny has been focusing her time on her Youtube channel, which she had in fact, started back in 2011. While he has always updated her page with new videos, it wasn’t until Vine shut down that it became her primary focus online. As of June 2017, she has amassed over 1.6 million subscribers and more than 72 million video views across her channel.

On average, Cerny’s videos easily receive over 400,000 views on Youtube. So far, her most popular upload is that of Relationships THEN vs NOW which has since been played over 5.6 million times. Some of her other most-viewed videos include Pokemon Go Relationships, Sexy Couples Workout, Dinner with the Dracs, and If I Could Freeze Time.

So how much does the brunette earn from Youtube? Generally speaking, users can earn upwards of $5 per 1,000 monetized views on the site; typically, 40-60% of their total video views can be monetized. Seeing as how Cerny has 72.7 million views, 40% of that would be 29 million. Using that as the basis for our calculation, her earnings from Youtube would be at least $58,000 (so far).

Currently, her Youtube channel receives 120,000 views across all of her videos on a daily basis. From this alone, this works out to be a revenue of roughly $160 per day.

Besides her main Youtube account, Cerny recently also launched a vlogging channel on the site. Since it was first created in August 2016, it has reached over 889,000 subscribers. Although it’s not as popular as her primary account per se, it has since managed to accumulate over 45 million videos, which is fairly impressive in itself. Of course, the brunette would also be able to monetize these views for ad revenue.Currently, her most popular vlog video is  that of Teaching Men How to Shave!!!, which has since been viewed over 3.1 million times.

On Instagram, Cerny is also considered to be a social media influencer with over 16.2 million followers. As such, she’s received a number of sponsorship and endorsement deals over the years, all of which have contributed to her growing bank account. Some of the companies that she’s teamed up with in the past include Doritos, Esquire Network, Smith and Forge, and The Forest. From endorsements alone, it’s estimated that she’s earned herself a few tens of thousands of dollars.

Aside from her online endeavours, the comedic star has also appeared in an array of television shows. In 2013, she made a small uncredited cameo in the comedy series, Hello Ladies. From there, she appeared as Edna Smalls in the pilot of P%L Bo¥z in 2015.

Gradually landing more roles, the brunette eventually found herself playing Leilani in Adam Devine’s House Party in 2016. That same year, she also made her feature film debut in the comedy flick, Internet Famous, after which she appeared in Shane & Friends, and the independent movie, The Bet (2016).

Following that, she co-starred in the horror mini-series, The Deleted (2016), alongside Madeline Brewer and Nash Grier; in total, she had appeared for eight episodes. As herself, Cerny was later also featured in the TV documentary, 60 Minutes.

Currently, it is estimated that Amanda Cerny has a net worth of $500,000- quite an impressive amount actually, especially for a twenty something year old. Seeing as how her presence on the web has grown exponentially over the past couple of years, it’s extremely like that her fortune will continue to go up, given that she continues her various endeavours.

In fact, looking at her IMDb page, it appears that she’s taken on a number of film roles on the big screen this year- all of which would earn her a pretty pay check. How much exactly will these gigs increase her net worth by? Only tell can tell for now.

No, the social media personality is not married. Having said that, she is currently in a relationship with fellow Vine star, Logan Paul; the two have been dating since 2016 and have been featured in numerous videos together in the past.

Prior to this, she was in a relationship with King Bach in 2015. At one point, there were also rumours of her having hooked up with popular singer, Justin Bieber- although these claims have never confirmed, the two were spotted together in public a handful of times.

Does Amanda Cerny Have Any Children?

No, Amanda Cerny does not have any children that we know of.

Did Amanda Cerny Go to College?

Yes, Amanda Cerny went to college at one point. After graduating from high school, where she was a straight A’s student, she attended Florida State University where she majored in international affairs.

After getting involved with Playboy and modelling, she took a year off from school- it’s unknown whether or not she’s ever completed her degree.

Unfortunately, we do not know too much about Amanda Cerny’s living situation. We can only assume that she’s taken up residence in Florida, where she’s spent most of her adult life thus far.

We do not have any pictures of the actress’ house to share at this time.

What Kind of Car Does Amanda Cerny Drive?

How Much Did Amanda Cerny Make Last Year?

Amanda Cerny as a Philanthropist

Throughout the years, Cerny has supported a number of charitable causes. For instance in 2010, she lent her time to help those less fortunate in Haiti and eventually also launched her own non-profit organization called the Play Foundation.

At the 2015 Forbes Under 30 Summit event, she was also involved with ChangUr, a charity that helps to raise funds for needy children.

Since she first made herself known on social media in the early 2010’s, Cerny has become one of the most well known personalities on the web. On Vine alone, she had over 4.6 million followers by the time they shut down in January 2016. Across her other accounts- Instagram, Twitter, and Youtube, the brunette has well over 18 million followers combined.

As if that wasn’t impressive enough, Cerny has also appeared on the small screen multiple times in the past years. From the looks of it, she will also be appearing in more feature films this upcoming year.

This past May, she was also present at the 2017 Billboard Music Awards ceremony.

This year, we will be seeing her on the big screen in a number of films including Public Disturbance, Airplane Mode and Deported. In addition to that, Cerny has also been filming for the thriller, Superstition: The Rule of 3’s (2017), and for the action film, #211 (2017).

Last February, she also made a guest appearance in the sitcom, Workaholics.