Daniel Skye Net Worth 2018 – How Much Is the Pop Singer Worth Now? 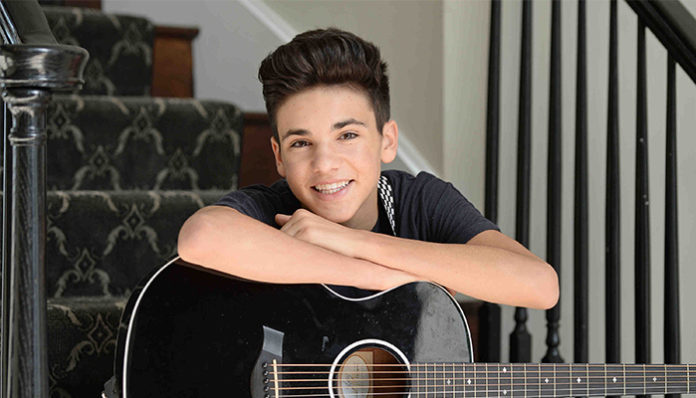 Known for his catchy pop tunes, Daniel Skye first gained attention on Youtube and Instagram as an aspiring singer. Inspired by some of his favourite works, he eventually began writing his own songs, which he later uploaded onto his channel. Proving to be a huge hit, it soon led his subscriber count on Youtube to explode.

From there, it wasn’t long until Skye landed a recording deal with RCA Records. Making the transition to original material, he later went on to release his debut single, Maybe in 2014. Since then, his discography has also grown to include the titles ON, Smile, Maybe, and We Got Us, among others.

To date, he’s amassed over 200K subscribers on Youtube, and more than 2.5 million fans on Instagram. With his constant music releases, his popularity as a recording artist has only grown to be even greater over the last couple of years.

At just seventeen years old, it’s estimated that Daniel Skye currently has a net worth of $1 million. Where did this huge amount come from? How many streams of revenue does the singer have? We’ll be discussing the answers to these questions below.

How did Daniel Skye Make His Money & Wealth? 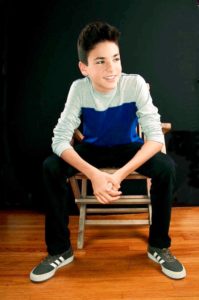 Born on June 19, 2000, in Hollywood, Florida, Daniel Skye was encouraged to pursue music by his parents at a young age; he has two siblings, a sister named Rebecca and a brother named Robert. Growing up in Broward Country- where it’s known for being hot and humid, he often hung out with his friends by the lake. At the age of fourteen, the teen began uploading cover snippets of some of his favourite songs onto Instagram.

With his soulful pop sound and engaging voice, Skye quickly gained himself a considerable following on the photo-sharing app. Before long, he had become an Instagram certified musician- a feat that’s relatively hard to attain, especially for a young teen, like himself. Standing out from the competition with his unique style and upbeat charm, he quickly started to rack up likes and followers on the platform.

Aside from Instagram, the singer also launched a Youtube channel to which he also posted his cover songs. As his presence on social media grew, so did his overall fame. Within two year’s time, Skye had more than 14K fans on the video-streaming website- a number that has been growing steadily ever since. Not long after rising to fame online, he captured the attention of Aton Ben-Horin, a music producer and executive.

Impressed by Skye’s sound, he eventually helped him to land a music deal with RCA records; in addition to that, he also signed a management deal with the teen. Although he initially rose to fame for his cover songs, the pop singer soon shifted to performing his own original material. On November 24, 2014, he dropped hs debut single, Maybe through Dream LLC. Released as a digital download, it proved to be a huge hit among both new and old fans. To date, its official music video has since been viewed over 4.8 million times on Youtube.

Following that, the pop singer came out with his second single entitled, LoveSick Day on March 21, 2015. Well received, it garnered mostly favourable reviews from his fans. A week after its release, an official MV for the song was uploaded onto his Youtube channel; although it didn’t rack up as many hits as his debut work, it still managed to garner over 2.1 million views online- which is impressive in itself.

On May 4, 2015, Skye released his first collaboration, the song All I Want, which featured fellow singer and Vine star, Cameron Dallas. His biggest release at the time, it received millions of views within just a few hours; since then, the view count has surpassed the 23 million mark on Youtube. On Dallas’ official Soundcloud page, the duet has also been streamed over 655K times. To date, it remains to be one of the major highlights of his discography.

That fall, Skype delivered yet another single, one called, We Got Us on November 11, 2015. A solid release, it currently holds a 4.5 star rating on the iTunes store and 4.9 star rating on Google Play. Like before, the song was also accompanied by a music video, which was uploaded two days later onto Youtube, on November 13, 2015. Met with praise, the MV has been viewed more than 2.2 million times on the site to date.

The following summer, the pop idol released his fifth original song, Smile on July 15, 2016. Incredibly successful, it sold many copies via the iTunes store shortly after its release. An official music video was later also uploaded onto Youtube a few days later- unlike his previous endeavours however, the MV was not posted onto his personal Youtube channel; instead, it became the first video to be uploaded onto his official VEVO page.

On September 29, 2016, Skye dropped his next single, Good as It Gets through RCA Records. A delightful track with crisp vocals, its production was handled by Charlie Handsome- a noteworthy producer who has worked with the likes of Mac Miller, Ariana Grande, and Kanye West. That same day, an official music video was also released through his VEVO account; to date, the MV has been viewed over 4.2 million times.

Before the end of the year, the Hollywood native came out with another song- Last Call, on December 16, 2016. From there, he released his first song of the new year, ON on January 2017. Combined, the two have been streamed over 2 million times on social media. Most recently, Skye dropped his second collaborative project, the track, Feelin’ You, which featured R. City, on June 16, 2017.

In addition to what he’s earned from his singles, Skye also makes a considerable amount through live concerts. Since his music debut, he’s performed at a number of different cities around the country. For instance in 2015 alone, he had over a dozen show dates in the US, which spanned from Houston, Texas, to Fort Lauderdale, Florida. In 2014, the singer also joined the Magcon Tour as a special guest.

With such a significant fanbase, it’s not surprising that he’s set up a merchandise shop online- in which fans are able to buy different memorabilia items. Looking at the store now, there’s a range of products available from wristbands to socks to hoodies. In fact, many featured items such as the #WeGotUs T-Shirt and and Black Hooded Sweatshirt are currently sold out- a clear sign of his popularity.

As already mentioned, Skye has made a name for himself on multiple social media platforms. Unsurprisingly, he has been able to monetize most of these accounts over the past few years- for example, his personal Youtube channel currently has over 330K subscribers and more than 20.3 million views. With those kind of numbers, one can easily earn some money on the side from the site’s partnership program. By displaying ads (through Google) on their videos, they can yield a set amount of revenue per 1,000 views.

On average, a Youtube is capable of making upwards of $5 per 1,000 monetized views (some celebrities earn even more). Given that Skye has 20.3 million lifetime views, he would have earned upwards of $40,000 (give or take some) from advertisement revenue alone, assuming that 40% of his total video views are monetized by the site.

Speaking of Youtube, we also can’t forget about his VEVO channel. According to various sources, they typically offer $25 to $35 per 1,000 views- a rate that is significantly higher than what the average user is able to make from Youtube. So far, Skye’s VEVO page has approximately 202K subscribers.

Currently, it is estimated that Daniel Skye has a net worth of $1 million. From what we’ve said above, we can assume that he earned most of his fortune from his record sales and concert shows. As far as future plans go, Skye has stated that he’ll be heading back to the studio- hopefully for a full album, as soon as he returns to LA from his 2017 tour.

No, the pop singer is not married. As far as we know, Skye is currently still single- he himself, has also confirmed this fact in a Tweet. It is unknown whether or not he has dated anyone in the past.

Does Daniel Skye Have Any Children?

No, the seventeen year old does not have any children that we know of.

Did Daniel Skye Go to College?

No, from what we can tell, Daniel Skye is currently not enrolled in college. Considering his busy work schedule, it’ll probably be difficult for him to find time to continue his education past high school.

We know that the singer lives in Los Angeles, California, however details on his home have never been revealed to the public (much to the dismay of fans). In a recent interview, Skye stated that he returns to his hometown in Florida, often- typically a few times per year.

Unfortunately, we do not have any pictures of Daniel Skye’s house to share with readers at this time.

What Kind of Car Does Daniel Skye Drive?

Since he first made himself known as a singer online, Daniel Skye has amassed over 338,000 subscribers on Youtube, and more than 2.5 followers on Instagram. Combined, he also has close to 1 million fans on Twitter and Facebook.

At just seventeen years old, he has released nine singles, including All I Want (Feat. Cameron Dallas), Feelin’ You (Feat. R. City), Maybe, and Smile. As part of his music career, he’s also embarked in a number of tours over the past years- in fact, he is currently in the middle of one as we speak.

As mentioned previously, Daniel Skye is currently on tour- according to his official website, it will be continuing until July 6, 2017 at The Social in Orlando, Florida. Speaking of the tour, he ran into bump just a few hours before he was set to hit the stage at Denver, Colorado. Allegedly, Skye had woken up with a frightening problem- his jaw was locked and he wasn’t able to open his mouth. A visit to the ER later, it was determined that his jaw had gotten stuck due to overuse.

From there, the artist has mentioned that he will be returning to Los Angeles to work on new original material- which will hopefully become his debut album.