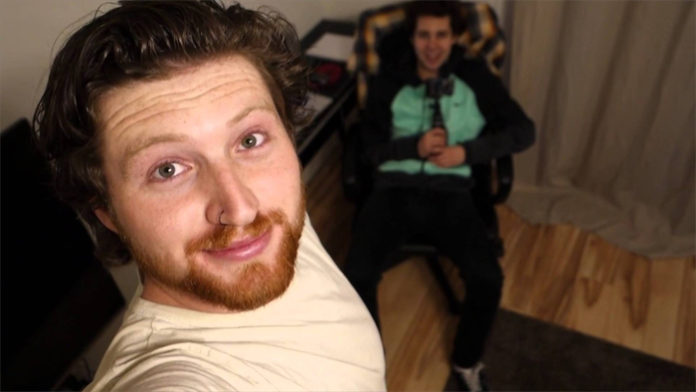 Social media personality Scotty Sire first rose to fame on Vine in the early 2010’s for his comedic six-second long videos. From Newport Beach, California, he initially worked for his father’ construction company, after which he became a bartender at a local bar. Eventually getting into the video-making scene, he joined Vine where he started to post a number of comedic clips. With his wits and talent, Sire quickly garnered millions of followers online.

Following the shut down of Vine in 2016, Sire began focusing his attention onto Youtube. Since he first joined the site back 2013, his channel has amassed well over a million subscribers. As of 2017, he has easily become one of the most prominent rising stars on the web.

Surely, with his degree of fame, Sire has banked himself a considerable amount online? According to various sources, he currently has a net worth of $50,000. How did he go about earning this amount? Let’s take a look at his different streams of income.

How did Scotty Sire Make His Money & Wealth? 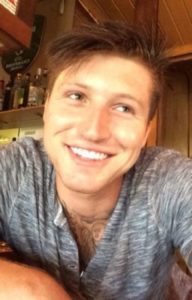 Born on April 1, 1992 in California, Scotty Sire spent his youth in and around the Newport Beach area with his two brothers. Despite his popularity, not much is known about his childhood. At one point during his late teens, he relocated to Los Angeles with his close friend, Gary Rojas, where he stayed for half a year. Ultimately, it was around this time that he started to get involved with the video-sharing app, Vine.

Putting his comedic talents to good use, Sire gradually made name for himself on the social media platform over the next few months. In addition to being known for his self-centered Vines and comedy skits, he’s also known for sharing various other aspects of his daily life as well as for his honest approach to dating. Throughout his Vine career, he has collaborated with a number of other Vine stars including Gabrielle Hanna, Darius Benson and perhaps most notably, Gary Rojas. By the winter of 2014, Sire had achieved over 1.5 million followers, which is by no means an easy feat.

According to various sources, the internet sensation is said to have earned over $8000 USD alone from his six-second Vines, most of which came from endorsements and sponsorships that he had with various brands and companies. Unfortunately, Vine was later shut down on January 17, 2017 after four years of operation. While old Vine videos are still accessible, users are no longer able to publish new ones onto their accounts.

Since then, Sire has moved onto Youtube- the world’s most popular video-streaming site. Unbeknownst to some, he actually started his channel around the same time as his Vine account, in the early 2010’s; however, it’s only the shut down of Vine that he started to dedicate more time towards Youtube. Since he first created his page in the spring of 2013, Sire’s following on the site has surpassed the one million mark; as of June 2017, he currently has 1.12 million subscribers. Across his channel, his videos have collectively been viewed close to 98 million times.

So far, his most popular upload is that of the official lyric video, Sad Song. Following its release in February of 2017, it has garnered over 3.2 million views- within a span of just five months!

As you probably already know, Youtubers are able to monetize their content by displaying ads on their videos, through Google’s partnership program. On average, a user can earn anywhere between $2 to $5 dollars per 1,000 monetized views, depending on their content and audience. While this may seem like a little at first, it easily adds up when you have millions of views on your Youtube channel, like Sire.

How many of his 3.2 million views have been monetized? While it’s hard to say, on average, it’s typically 40% to 60% of the total views. Of course, the paid out amount also depends on facts such as watch time, engagement, topic, and locations. With Sire’s statistics however, it’s estimated that he earns roughly $600 per day from his Youtube videos- this works out to be over $200,000 a year.

Aside from Youtube and Vine, he also generate some income from his Snapchat account. How do users- especially celebrities, earn money from the app? They team up with various brands to product their products. For instance, it’s not uncommon for individuals to promote an item through a short Snapchat video, which is then view-able to fans. As far as exact numbers go however, each gig would pay differently so it’s hard to pinpoint how much someone has earned from it alone.

On February 9, 2017, Sire also released his first single, Sad Song. Made available via iTunes, it proved to be a huge success, having garnered rave reviews from fans across the world. As mentioned earlier, its official lyric video has since also become his most viewed upload on Youtube, having reached over 3.2 million views within just a few month’s time.

In 2015, he also dabbled in acting for the first time in the musical film, Summer Forever, where he played alongside Anna Grace Barlow, Alyson Stoner, and Megan Nicole. Following his big screen debut that year, he appeared in the comedy flick, FML in 2016. On television, Sire has also made a few appearances in the programmings SmashUp (2014), Ridiculousness (2016), and Not Too Deep with Grace Helbig (2017).

Through Fanjoy.co, fans are also able to purchase various official merchandise products such as phone cases, hoodies, and t-shirts, which range from $17 to $40 a piece.

Currently, it is estimated that Scotty Sire has a net worth of $50,000- a fairly impressive amount considering how he earned most of it passively through Youtube. Although he lost a source of income with the shut down of Vine, he seems to be doing fairly well for himself now on Youtube.

With how quickly his Youtube channel is growing, it wouldn’t be surprising at all if his earnings would to go up over the next years. Seeing as how he also recently put out a single, we may just be seeing more of his musical talent in the near future. Who knows? Maybe he’ll even drop a tape or album some day.

No, the Youtube star is not married. As of 2017, he is currently dating Kristen McAtee, a social media influencer. Unlike other online celebrities, Sire is relatively open about his relationship; in fact, he has posted several pictures of themselves onto social media. At one point, he even uploaded an “I do my girlfriend’s makeup?” video onto his channel. Having said that, it’s unknown how long the two have been dating.

Before his dating status was confirmed, there were rumors about Sire being gay- this may have stemmed from the fact that he used to live with his roommate, Gary Rojas. These claims have since been proven to be false.

Does Scotty Sire Have Any Children?

No, Scotty Sire does not have any children that we know of.

Where Did Scotty Sire Get His Name From?

Scotty Sire is simply a moniker that is derived from his real name, Scott Glen Sire.

Did Scotty Sire Go to College?

From what we can tell, Scotty Sire did not go to college. However, this has never been officially confirmed. In fact, it has never been revealed what high school he graduated from as a teen.

Unfortunately, we do not know too much about his living situation. We know that he returned to his hometown of Newport, after living in Los Angeles for six months (he wasn’t fond of LA) a few years ago, but that’s about it. Presumably, he still resides in Newport to this day.

We do not have any pictures of Scotty Sire’s house to share at this time.

What Kind of Car Does Scotty Sire Drive?

Regrettably, information on his vehicle is currently unavailable.

Since he first rose to fame on Vine in the early 2010’s, Scotty Sire’s popularity has been following an upwards curve. Although Vine has since been shut down, he has enjoyed continuous success on other social media platforms such as Youtube, Snapchat and Instagram.

On Youtube alone, Scotty Sire has managed to amass over 1,100,000 subscribers in four years time. Not only that, but the videos on his channel have been viewed over 97,000,000 times- those are some rather impressive numbers.

As if that wasn’t impressive enough for a twenty something year old, he even broke into the world of Hollywood with the 2015 film, Summer Forever. More recently in 2016, he also appeared in the movie, FML, as mentioned earlier.

On April 24, 2017, Scotty Sire was invited as a guest onto the television talk show, Not Too Deep with Grace Helbeig.