Sheree Whitfield Net Worth 2018 – How Much Is the Reality Star Worth Now? 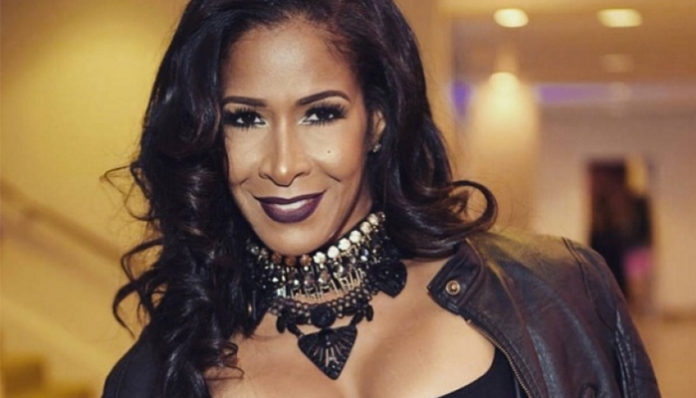 American socialite Sheree Whitfield rose to fame after being cast in the Bravo reality series, The Real Housewives of Atlanta. Originally from Ohio, she became pregnant with her first daughter at the age of fourteen. Many years later, she married Bob Whitfield, a retired NFL star, with whom she eventually had two children with.

Wanting to try her hand at a business, Whitfield eventually opened up her own clothing boutique called, Bella Azul. The mother of three children, she later received a big break in 2008 after she was hand chosen to join the cast of Bravo’s, The Real Housewives of Atlanta.

Since then, she’s appeared in four seasons of the hit show- thanks to its popularity, she’s successfully made a name for herself on reality TV. In fact just recently, the brunette returned as a main cast member in season nine, which premiered in 2016. Aside from her television career, Whitfield has also taken on a number of fitness and health related projects in the last few years.

According to various sources, Sheree Whitfield currently has a net worth of $250,000. How many potential sources of income does she have? Read on to find out!

How did Sheree Whitfield Make Her Money & Wealth? 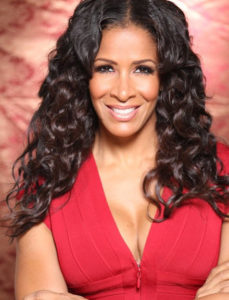 Born on January 2, 1970, in Shaker Heights, Ohio, Sheree Whitfield was raised by her single mother, just outside of Cleveland. Growing up, her father was did not play a large role in her life. When she was fourteen years old, she gave birth to her first daughter, Tierra- the identity of the father in question has never been revealed. Due to her young age, her daughter was raised mostly by other family members.

Eventually as an adult, Whitfield married her first husband, Bob Whitfield in 2000; the two eventually welcomed two children into the family, Kairo and Kaleign. For many years during the 2000’s, she managed her own upscale clothing boutique called Bella Azul, in Atlanta, Georgia- however she ultimately closed down the business to focus more time with her family. After seven years of marriage, her and husband divorced in 2007, after rising tensions in the family.

In 2008, Whitfield received a huge opportunity after being chosen to join the hit Bravo reality series, The Real Housewives of Atlanta. The third instalment of the franchise, it premiered in October 2008. Similar to its predecessors, the show centred around the lives of a group of women living in Atlanta, Georgia. A member of the original lineup, Whitfield was joined by fellow co-stars Kim Zolciak Biermann, NeNe Leakes, DeShawn Snow and Lisa Wu.

A big break for the single mom, the show quickly propelled her to fame on reality TV. After the end of the first season, Whitfield remained on the series for another three years, prior to taking a prolonged break from television. Eventually reappearing as a Friend in season eight, it was announced that she’d be rejoining the main cast starting from season nine, which premiered in November 2016.

Since then, Whitfield has appeared in nearly 100 episodes- considering that, it’s obvious that she’s banked a considerable amount from her time on the show. In fact, it’s not a secret that many reality stars can earn upwards of six figures from a single series. How much is the brunette paid for starring in The Real Housewives of Atlanta? According to various sources, it’s estimated that Whitfield yields ~$800K per season- which doesn’t seem too far off, considering the fact that she’s one of the original housewives on the show.

Speaking of which, Whitfield has also acted on a few occasions. In 2009, she made her acting debut in the film, The Joneses, albeit in an uncredited role. It wasn’t until 2012 that she received her first credited part in the film short, Reckless, where she played a nurse. From there, she played one of the housewives in the horror comedy, Scary Movie 5 (2013).

Following the closing of her New York boutique, she launched a second business venture- a clothing line called She by Sheree. Unfortunately, it too, has since also closed down (though it did receive a fair share of positive reviews during its operations).

In 2012, Whitfield unveiled her next endeavour, a jewelry line known as The She by Sheree Collection. Designed by the reality star herself, it was made available executively via the online shopping site, Kitsy Lane. At the time of its launch, it included a number of items from earrings, necklaces to bracelets, ranging anywhere from $30 to $75.

In addition to being a reality star and entrepreneur, Whitfield has also authored a novel titled, Wives, Fiancées, and Side-Chicks of Hotlanta. Released through Dafina, it was made available on January 31, 2017.

No, The Real Housewives of Atlanta star is not married- having said that, word on the street was that she was dating Tyrone Giliams, as of 2016.

In the past, she was married to her ex-husband, Bob Whitfield. After seven years of marriage however, they divorced in 2007.

Does Sheree Whitfield Have Any Children?

Yes, Sheree Whitfield has three children. When she was still a teen, she gave birth to her oldest daughter, Tierra (b. 1984). The biological father in question has never been identified and Tierra was mostly raised by Whitfield’s family.

Following her marriage to Bob Whitfield in 2000, she gave birth to two additional children, Kaleigh and Kairo.

Did Sheree Whitfield Go to College?

No, the reality star did not go to college

The celeb currently lives in a custom-built home, dubbed Chateau Sheree, located in Atlanta. After many years of renovations, she held a house warming party this April.

For those who may be interested in taking a peek at the house’s interior, Whitfield has since posted a virtual tour, which is available to view online.

What Kind of Car Does Sheree Whitfield Drive?

According to IMDb, she’s recently landed a new gig on a scripted TV series called, Altered Reality. According to reports, the show will center around the various misconceptions about reality TV stars. In it, Whitfield will he joined by Jill Zarin, Joanna Krupa, Joyce Giraud, Alexis Bellino, and Gretchen Rossi.