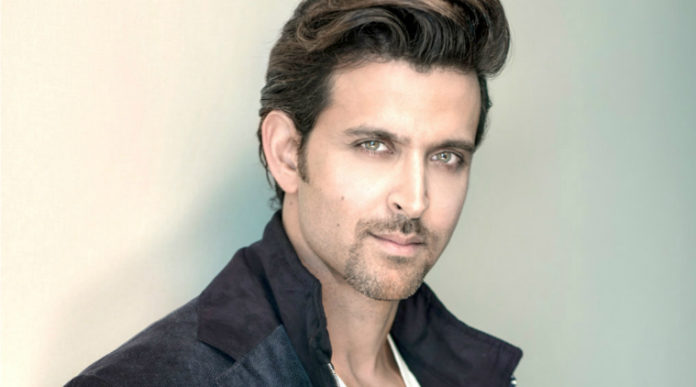 Some guys have it all. Smarts, success, class, money, and that just perfect stubble that makes you feel like they could totally survive in the wilds, without it being so out of control that it’d scare away small children. As a result, they become highly desired or role models of what men should look like. Here, we take a look at the top 10 most handsome men in the world as a result of extensive surveys and listings. Even still, this is a completely subjective list and there’s a good chance that to somebody, you’re the most handsome in the world. Without further ado, here’s the cream of the crop of handsome men in 2017. 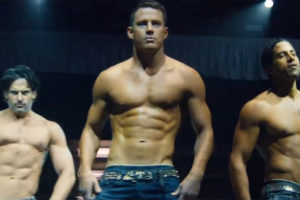 When you’re able to make the jump from stripper to Hollywood Star, you know you look good. Having starred in roles from Coach Carter to Magic Mike and even in G.I. Joe, Channing has been able to be the face of more than a few films, and all of them gaining quite a bit of attention. Somewhat humorously, Tatum’s big break was when he became a dancer for Ricky Martin’s “She Bangs” music video, and would later meet his wife Jenna Dewan on the set of a dance movie, Step Up. 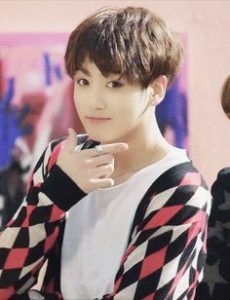 Next on our list of most handsome men is Jeon Jungkook of BTS. Perhaps not terribly well known in the United States, Korean Boy Bands are somewhat of an international sensation, with rabid followings and incredible detail to appearance. Jungkook is no different, with a slender, youthful look about him. Making him more handsome is his wide range of talents, including singing, rapping, and apparently cooking. While attempting to get involved in his personal life might be a bit much (saying nothing of the fact that even his blood type is public knowledge), he can at least be admired for his own stage talents and looks. 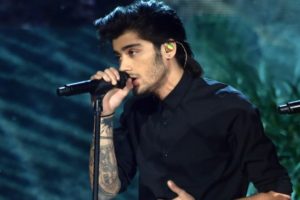 Paradoxically seen as both the quiet one and the bad boy, Zayn Malik began to gain attention as part of One Direction before going off on his own direction, as it were. With impeccable style, artful tattoos and a voice that can certainly be seductive to most who enjoyed a good tenor, it’s easy to see why Zayn would make many swoon. To sweeten the pot, it appears that after his most recent album, Mind of Mine, he is seeking to go back to school for a Literature degree, all while being an ambassador for the British Asian Trust, which helps improve the lives of those in poverty in primarily Southeast Asia. He’s also been known to do a good deal of charity events and even bought out a Football box specifically for the purpose of allowing underprivileged children to see a live match. 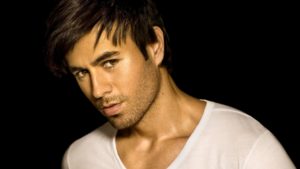 With tours named “Don’t Turn Off The Lights”, “Euphoria” and “Sex and Love”, you knew that if you were going to an Enrique Iglesias concert, you were going for a wild time. Often cited as the most fashionable pop star and the King of Latin Pop, Enrique has been heating up the stage and screens for over 20 years, though to look at him you’d probably never guess. Coming up from a bit of a Miami lifestyle, Enrique has shown that hot can translate to any language, bringing both English and Spanish music across the globe. 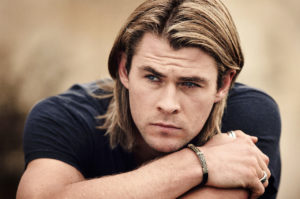 While playing a god of thunder in the Marvel Avenger’s series, many would also consider Chris Hemsworth a god of good looks. An Australian actor who often plays very physical roles, even in horror comedies like Cabin in the Woods. It seems that Hemsworth has taken to the nerdier side of things with his 2009 appearance as George Kirk in Star Trek as well as his comic book to film adaption of Thor, really rounding him out to the public. Often seen with an infectious smile or with smoldering intensity, Hemsworth has won the hearts of many. Outside of his acting, he also regularly gives to childhood charities making his appearance as a great person even more so. 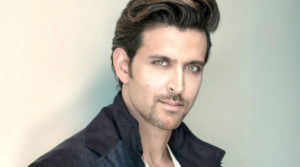 If you’re looking for some beautiful actors, dancing, and maybe an occasional over the top fight scene, Bollywood may be exactly the thing for you. As such, it only makes sense that a king of the Bollywood scene, Hrithik Roshan would make it to the middle of the list of the most handsome men in the world. One of the few big Indian names to be featured in Madame Tussauds Wax sculpture museum, Roshan’s eyes and height in particular make him very popular, alongside his strong jawline. 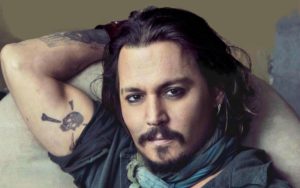 Much like the Tim Burton movies he so often starred in, Johnny Depp was once an attractive man to only a handful of groups, but has since gained a whole lot more mainstream popularity. A surprise to most, Johnny Depp is actually from the American South and nearly 54 years old, having been a teen heartthrob since at least 1992. With a touch of the eccentric in both his on and off screen fashion and personalities, Depp is a little unpredictable, mysterious, and of course quite handsome. 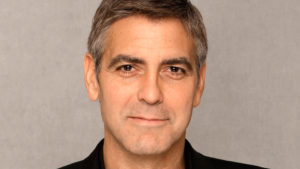 Some people have the good fortune of aging like fine wine, while many of us end up aging like warm milk. George Clooney is a shining example of this, at one point being the oldest person to ever be rated the Sexiest Man Alive. Rising to fame as a doctor in ER (because who doesn’t like actors who play doctors?) he would go on to play many lead roles, do some directing, and overall be a mainstay of the Hollywood film industry. At time of writing, he is currently off the market, being married to Amal Alamuddin since 2014. 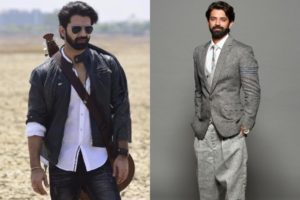 Coming in as runner up to the most handsome men in the world, Barun Sobti is another top tier Bollywood actor. Starting off in 2009, he’s a relative newcomer to the big screens and television, but it doesn’t matter given his performances. Unlike many other stars, he very much lives a private personal life which greatly helps his mystery factor, and has remained humble throughout his career. With a mix of ruggedness, humility, and great talent, he has more than earned his place on this list. 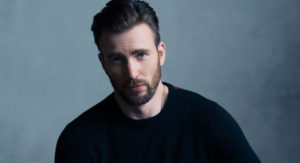 From Captain America, to king of handsome men, Chris Evans tops our list of this year’s most handsome men. Known as a well accomplished actor and Boston native, Evans has been in such films as the Fantastic Four, Avengers alongside Hemsworth, and Snowpiercer. In recent years he has easily swapped between a clean cut look to rugged and back again without ever showing an awkward side, and has done work with the community that would steal just about any heart. Usually insisting on doing his own fight scenes, he has also been shown to be tough, and tends to get along very well with his co-actors and directors, showing a willingness to cooperate with many different projects. For his talent, giving back, success and of course good looks, he is this years most handsome man.