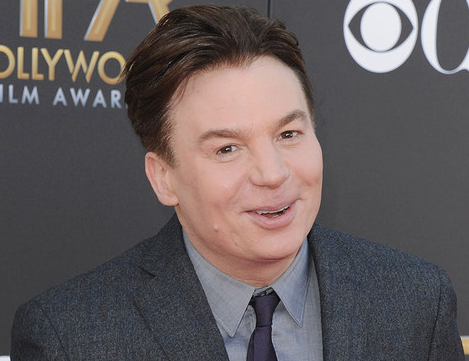 Everybody knows Mike Myers. Whether it’s from his early success as hilarious metal-head Wayne Campbell in Wayne’s World, his pitch-perfect Scottish accent in Shrek, or his gut-busting roles in the Austin Powers trilogy (which he both wrote and starred in) as Austin Powers and his arch-nemesis Dr. Evil, among others, Mike Myers is one of the most famous comedy actors of all time. So, you might be wondering, where is he, and what is he up to in 2015? 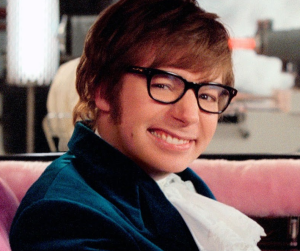 Mike Myers was born in Ontario, Canada, and became involved in acting at the ripe young age of two years old. By the age of ten had his heart set on becoming an actor. After graduating high school in 1982, Mike became involved in theatre and improv comedy, and even moved to London to found an improv comedy troupe, which he called “The Comedy Store Players.” He returned to Toronto in 1986 and by 1989 had joined the regular cast of Saturday Night Live.

In the 90s, it seemed as if Mike Myers was everywhere you turned. Wayne’s World, a full-length feature film based on his Saturday Night Live character Wayne Campbell, was a huge hit when it was released in 1992, and is still fondly remembered as one of the greatest comedies of all time. He followed up that early success with frequent appearances in SNL, a Wayne’s World sequel, and then, finally, the enormously popular Austin Powers trilogy. 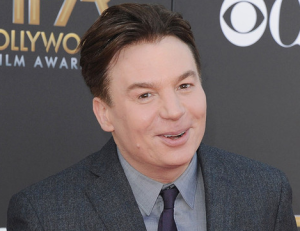 By the time Shrek and Austin Powers: Goldmember rolled around in the early 2000s, it seemed as if Mike’s future in Hollywood comedy was set in stone. Part of what made him so popular was his diversity: over the course of the three Austin Powers movies, he not only portrayed Austin Powers, the hero of the film, but Dr. Evil, Austin’s enemy, as well! On top of that, he played Fat Bastard and Goldmember. Keep in mind, that this was also a film that he wrote. It seemed as if there was no limit to his creativity and talent.

Mike recently worked on the comedy miniseries The Pentaverate, which he also starred in. Inspired by conspiracy theories from the film So I Married an Axe Murderer, it premiered on Netflix on May 5, 2022. Other cast members include Ken Jeong, Debi Mazar, Keegan-Michael Key, Lydia West, Jennifer Saunders, and Richard McCabe.

In the show, Myers plays eight different roles including a news journalist, a conspiracy theorist, a former media mogul, a far-right radio host, a high-ranking member of the Pentaverate, a former oligarch, a former rock ’n’ roll manager, and a tech genius.

Prior to that, he hosted the talent competition The Gong Show, which ran from June 2017 to August 2018. It’s also worth noting that he’s an executive producer on the show. Around that same time, he appeared as Dr. Evil in a couple of episodes of The Tonight Show Starring Jimmy Fallon.

That’s not all, he was also a guest on Live with Kelly and Ryan, Sunday Today with Willie Geist, Entertainment Tonight, Today, Jimmy Kimmel Live!, as well as the podcast series SmartLess.

In terms of film projects, he last appeared in the biographical musical drama film Bohemian Rhapsody in 2018. Produced by Graham King and Jim Beach, it tells the story of Freddie Mercury, the lead vocalist of the popular British rock band Queen. While Rami Malek played the role of Freddie, Myers played the role of Ray Foster, a fictional EMI executive.

That same year, he also starred in the neo-noir thriller film Terminal, which revolves around the lives of two assassins, a custodian, a fatally ill teacher, and a waitress, all of whom find themselves a part of a murderous plan. In it, he plays the role of the janitor, the night superintendent, Clinton Sharp, Mr. Franklyn, and Super.

And later this year, he will be starring in a period mystery comedy film titled, Amsterdam. According to the film’s IMDb page, he will be playing a character named Paul.

Other cast members include Christian Bale, Chris Rock, Margot Robbie, Robert De Niro, Rami Malek, and Zoe Saldana. Taylor Swift will also be making an appearance. Filmed in Los Angeles, the movie will center around three friends—an attorney, a nurse, and a doctor, all of whom become murder suspects in the 1930s.

For those who’d like to keep up with the actor and writer, you can follow him on social media. He has an Instagram account (@mikemyers) where he has over 47.2K followers. Keep in mind, however, that he only posts occasionally-usually once every few months.