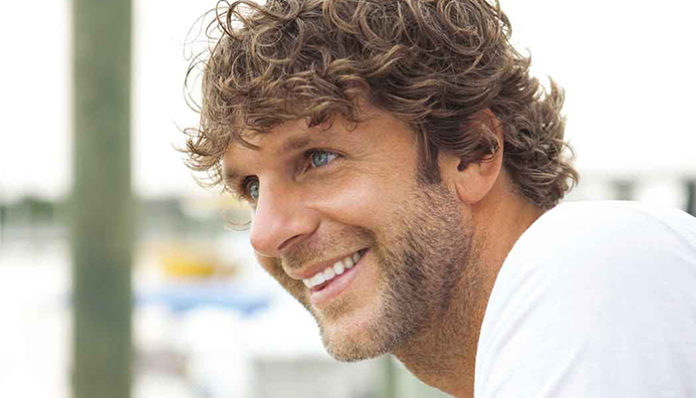 An award-winning musician, Billy Currington first released his eponymous debut album in 2003. Born and raised in Georgia, he had always been fond of music- especially that of country tunes, growing up. However, it wasn’t until he was in his thirties that he first kicked off his professional career behind the mic.

Before his rise to fame, Currington worked at the gym as a personal trainer. Ultimately, it was one of his clients that initially encouraged him to record a demo tape. In early 2003, the Georgia native successfully landed a record deal with Mercury Records. Just a few months afterwards, he released his debut single, Walk a Little Straighter, which successfully hit it off on the charts.

Since then, the singer has come out with six studio albums, and nineteen singles- many of which became number one hits. How much has Currington made from his music career? According to sources, the 43-year-old currently has an estimated net worth of $4.5 million. How many things does he have going for him? Where did his wealth come from? Let’s take a closer look.

How did Billy Currington Make Her Money & Wealth? 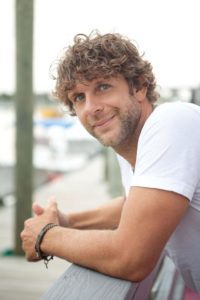 Born on November 19, 1973 in Savannah, Georgia, Billy Currington (Birth Name: William Matthew Currington) grew up in the town of Rincon, with his six brothers and sisters. Ever since he was a child, he had held an interest in music. Later in his early teens, he auditioned for a position at Opryland, a popular country music theme part in Nashville, Tennessee. Despite not having received a spot, he eventually moved to Nashville to pursue a music career.

Despite his best efforts however, breaking into the music scene proved to be difficult. In order to support himself, he worked at a concrete company for a brief period, before switching to become a personal trainer. Ultimately, it was one of his clients at the gym that urged him to write his own songs and to record a demo tape. Finally in 2003, after almost joining RCA Records, Currington signed with Mercury Records.

On April 21, 2003, he released his debut single, Walk a Little Straighter. Co-written by Currington himself with help from Casey Beathard and Carson Chamberlain, it told the story of a young boy whose parent is an alcoholic. A solid release for the newcomer, it debuted at number 56 on the US Hot Country Songs chart, before peaking at number 8. Eventually, the record also reached number 67 on the Billboard Hot 100.

Then in September, his debut album, Billy Currington was released both in stores and as a digital download. Another collaboration with Carson Chamberlain, who helped to produce most of the songs, the album came with eleven country tracks including the titles Off My Rocker, Hangin’ Around, Growin’ Up Down There, When She Gets Close to Me, Time with Yu, and Ain’t What it Used to Be.

Relatively successful in the United States, it reached number one on the Billboard Top Heatseekers, number 17 on the Top Country Albums and number 107 on the Billboard 200 charts. By 2004, the album had spawned his second single, I Got a Feelin, which went on to chart at number 5 on the Hot Country Songs chart.

Still, it wasn’t until 2005 with the release of his second album, Down’ Somethin’ Right, that his popularity spiked. One of the highlights of his career, the project boasted eleven numbers including Good Directions, Why Why Why, and Must Be Doin Somethin’ Right, all of which were later released as singles. Considerably more successful than his debut effort, it reached as high as number 2 on the Top Country Albums chart and number 11 on the Billboard 200.

Given stellar reviews from critics, it eventually received platinum certification from the RIAA after selling more than one million copies in the US.

Three years later, his third album titled Little Bit of Everything was released. Preceded by the single, Don’t, it contained eleven songs, five of which were co-written by Currington himself. Although not as big of a hit compared to what he had before, it still managed to chart at number 2 on the Billboard Top Country Albums and number 9 on the Billboard Top 200. Within two years, it had sold over 500,000 units, a feat that earned it gold status in the US.

Then in 2010, the country singer released his fourth studio album, Enjoy Yourself. Met mostly with positive reviews, it debuted at number 9 on the Billboard Top 200, with approximately 45,000 sales in the first week. Some standouts from its track list include Let Me Down Easy, Pretty Good at Drinkin’ Beer, Love Done Gone, and Like My Dog.  Unlike his earlier albums, he’d only co-written one song, Bad Day of Fishin.

Since then, Currington has dropped two additional albums, We Are Tonight and Summer Forever in 2013 and 2015 respectively. While they haven’t received RIAA certification, they did chart among the top five on the Billboard Top 200.

In total, he has released 19 singles since his debut in 2003. Out of them, a number have garnered gold accreditation or higher from the RIAA; to date, his most popular songs include Must Be Doin’ Somethin’ Right, Good Directions, and People are Crazy.

Considering the number of records that he has sold throughout his career, it’s probably safe to assume a significant portion of his wealth came from directly from his singles and albums. Still, he must have other sources of income- what are they?

For one thing, he has gone on tour numerous times over the past decade. Just last year alone, he had performed over 60 shows across the United States. As it is with such events, Currington is likely to yield a significant cut from the ticket sales. In fact, it’s probably up there with his record sales in being one of his greatest sources of income.

If you’re interested in seeing him up on stage, he’s actually on a concert tour as we speak. From the looks of it, he will be continuing to perform until August 20, 2017, at the PNE in Vancouver, Canada.

As it is with most celebrities, Currington can also be booked for various parties or private functions through his talent agency. How much does he make per event? Unfortunately, details regarding his booking fee have not been revealed to the public.On television, the country star has appeared in several programmings including Crook & Chase (2009), CMT Insider (2010), Kenny Rogers: The First 50 Years (2011), The Country Vibe with Chuck and Becca (2011), and Jimmy Kimmel Live! (2011).

As far as other endeavours go, Currington has set up an online shop at bcmerchhut.com. Launched with fans in mind, the site sells an array of items from t-shirts, bumper stickers, to meet and greet tickets.

Speaking of online sites, he also has a VEVO channel on Youtube, which has since received over 211 million views. As you probably already know, users are able to earn ad revenue through the site- according to sources, the average payout can be upwards of $35 per 1,000 views for VEVO.

Currently it is estimated that the 43-year-old star has a net worth of $4.5 million. Reiterating what we’ve said above, it’s obvious that a decent portion of that figure came directly from his record sales (the most noteworthy titles being that of Doin’ Somethin’ Right, Good Directions, People Are Crazy, and Hey Girl). Aside from that, he also makes a considerable amount from all of the concert shows that he puts on during the year. With the popularity that he has, it wouldn’t be surprising for him to make tens of thousands per show.

From what we can tell, Billy Currington is currently single. A tight-lipped individual, he rarely talks about his personal life, much less his relationship status.

Having said that, many speculations were in the air a couple of years ago after he posted a photo of himself with a mystery woman.

Does Billy Currington Have Any Children?

No, Billy Currington does not have any children that we know of.

Did Billy Currington Go to College?

No, he did not go to college. After graduating form high school, he moved to Nashville, Tennessee to pursue his dreams of being a music artist.

The last that we’ve heard, Billy Currington was residing in Hawaii. Unfortunately, we do not have any further details nor photos of his home at this time.

What Kind of Car Does Billy Currington Drive?

Throughout his career, Billy Currington has sold millions of records across the United States. To date, three of his albums and seven of his singles have received RIAA certification.

One of the most popular country singers in the US, he’s also gone on numerous tours over the past years. A well respected artist, he received a CMT Music Award for his song, Must Be Doin’ Something Right  in 2006. In addition to that, he’s also been nominated for a Grammy Award (e.g. Male Country Vocal Performance), and two Academy of Country Music Awards (e.g. Song of the Year, Single Record of the Year).

In 2009, Currington established the Global South Relief- an organization that helps to provide various Central American countries with necessary supplies.

Besides that, he’s also held several charity benefit concerts over the years. For instance just this past April, he he performed alongside Chris Janson in Kansas.

How Much Did Billy Currington Make Last Year?

Information on Billy Currington’s 2016 salary is unavailable at this time.

Billy Currington’s Past Run in with the Law

In 2013, the singer was arrested and charged after allegedly “making terroristic threats” to a boat captain named Charles Harvey Ferrelle. Shortly afterwards, he was released on a $27,700 bond. In the end, he was given a 5 year probation, anger management counselling, as well as a $1000 fine.

Billy Currington is currently on the road for his Stay Up ’Til the Sun Tour. Kicked off this May, it will be continuing until later this August. For more information on the dates, please visit his official website at billycurrington.com.

As for the music front, his latest releases were that of the singles, Do I Make You Wanna and It Don’t Hurt Like it Used To (taken from his sixth studio album, Summer Forever), both of which were released in 2016.

The Gazette Review is your daily news source covering everything from world news to personal finance. We provide the most recent, unbiased accounts of the news that matters to you. Contact us: [email protected]ew.com