Cameron Boyce Net Worth 2018 – How Wealthy is the Actor Now? 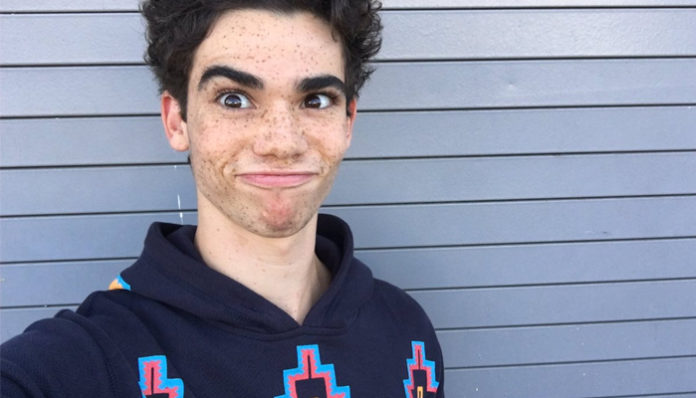 A former child actor, Cameron Boyce has appeared in numerous films and television series including the Disney comedy, Jessie. Born in the country’s entertainment capital of LA, he made his acting debut at the age of nine in the independent film, Mirror (2008). After playing several minor roles, he landed a lead part in the Disney sitcom, Jessie in 2011; he was twelve years old at the time.

Since then, Boyce has starred in several other shows including Jake and the Never Land Pirates (2012), Descendants: Wicked World (2015), and Gamer’s Guide to Pretty Much Everything (2015). At just eighteen years of age, the young actor has taken on more than 20 different roles in front of the camera. Aside from acting, he’s also proved himself to be a talented singer having contributed to the number one album, Descendants.

How much has he banked since his entry into the show biz as a child? According to sources, Cameron Boyce currently has a net worth of $5 million. Where did the bulk of this fortune come from? How many money-making projects does he have going for him right now? Let’s find out.

How did Cameron Boyce Make His Money & Wealth? 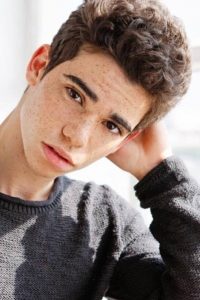 Born on May 28, 1999 in Los Angeles, California, Cameron Boyce is of Jewish descent on his mother’s side and African American descent on his father’s side; the oldest out of two children, he has a younger sister named Maya. When he was nine years old, he made his small screen debut in the MV, That Green Gentleman (Things Have Changed), where he played the younger version of the group’s guitarist. Later that summer, Boyce appeared in the independent horror film, Mirrors (2008).

Then, he landed a recurring role in the night-time soap opera, General Hospital: Night Shift, where he played as Michael Cates Jr. Created by Elizabeth Korte and Robert Guza Jr., the story centered around a group of characters and their nighttime adventures at the hospital. In total, Boyce appeared for seven episodes in season two, which premiered on Soapnet on July 22, 2008.

Following a one-year break from acting, Boyce returned as a minor character in the comedy film, Grown Ups (2010), after which he made a guest appearance in the adventure series, The LXD: The Legend of Extraordinary Dancers (2010). Finally in 2011, the actor received a big break after being cast as one of the main protagonists in the Disney Channel sitcom, Jessie alongside Debby Ryan, Peyton List, Skai Jackson, and Karan Brar.

Premiered on September 30, 2011, Jessie followed the life of a Texas teen who moves to New York City in attempts to become a star in the show biz; to her dismay however, she finds herself becoming a nanny to four children shortly after the move. Boyce’s first lead role on television, he played as Luke Ross- the laid back son who has a passion for break-dancing and video games. A flirty boy, he takes an immediate liking to Jessie, who is played by actress Debby Ryan.

One of the greatest highlights of his acting career, the Disney comedy remains to be one of his best remembered roles on television. Incredibly popular- especially among younger viewers, the series premiere attracted more than 4.6 million viewers in 2011; at the peak of its popularity, Jessie drew in over 4.77 million viewers in 2012. As is the case with popular TV shows, it was renewed again and again after the initial season ended- after a 98-episode run, it finally ended in October 2015. Of course, Boyce had played the role of Luke Ross the entire time.

Seeing as how Jessie offered him one of his most prominent roles, it’s only natural that the show would have earned him a decent amount- money wise. In total, he had starred on the series for four years; surely, his salary from the title had added up over the years? Unfortunately, the exact numbers have never been revealed to the public- if we had to make a rough guess, we’d say that he earned a few tens of thousands of dollars per season.

During the same time as Jessie, Boyce also took up a few other projects- for instance, he made a couple of guest appearances in the shows Good Luck Charlie (2011), and Shake It Up (2011). However, most noteworthy of all is perhaps his voice-acting role in the Disney animated cartoon, Jake and the Never Land Pirates. His second gig as a voice actor, he played as the title character, Captain Jacob aka Jake from 2012 until 2014.

Then in 2015, he was cast as the lead character in the live action comedy series, Gamer’s Guide to Pretty Much Everything. A fantasy sitcom of sorts, it focused on Boyce’s character- Conor, a professional video game player who after losing the Gaming Pro Championships, finds that all of his sponsors have cut ties with hims; after begrudgingly returning to school, he befriends a few teens who decide to work with him for the upcoming championship.

Aside from Boyce, the Disney sitcom also starred Murray Wyatt Rundus, Sophie Reynolds, and Felix Avitia. Premiered on July 22, 2015 on Disney XD, the first episode attracted close to one million viewers; after the initial season, the show was renewed for a second season which aired in the summer of 2016. Perhaps the second-most stand out credit of his filmography, the actor had starred in the show for two years from 2015 until early 2017.

That same year, he was chosen to co-star in the Disney television film, Descendants (2015) alongside Dove Cameron, Booboo Stewart, and Sofia Carson. A musical adventure, it followed the lives of the teenage children of Cruella De Vil, Maleficient, Jafar, and the Evil Queen; in the title, Boyce portrayed the role of Carlos, the son of Cruella de Vil. His first appearance in the TV movie, Descendants debuted on July 31, 2015 on the Disney Channel.

From there, he reprised his role as Carlos in the subsequent television short, Descendants: Wicked World– a computer animated series that continues from where the film left off. Aside from him, it also features the voices of his former co-stars Sofia Carson, Booboo Stewart, Dove Cameron and Sarah Jeffrey. After two seasons, the cartoon ended in February 2017.

Speaking of the Descendants franchise, the actor also contributed to its hit original soundtrack, which was release on July 31, 2015. A huge hit, the pop album contained thirteen tracks; for the project, he performed in two of the songs, Rotten to the Core, and Set it Off. Incredibly successful, it entered the Billboard Top 200 at number one, with over 42,000 sales in the first week; additionally, it also topped the Billboard Kid Albums and Billboard Soundtrack Albums charts. Outside of the US, the record also charted in countries as far as Australia, Denmark, France and Belgium.

Considering his celebrity status, it’s not surprising to know that Boyce also has a following of 4.7 million fans on Instagram. As a social media influencer, it’s likely that he’s also earned some degree of extra cash from taking on sponsorships and endorsement deals.

Let’s sum everything up- currently, the 18-year-old actor Cameron Boyce has an estimated net worth of $5 million. Going back to our original question of “Where did he earn this money?”, it’s clear from everything that we’ve discussed above that most of his current fortune came from his acting gigs, more specifically from his time on Jessie and the Descendants franchise. Having said that, his income is also likely to be supplemented by what he yields from his singing, and work on social media.

Assuming that he continues to remain active in the show business, the potential for his net worth to increase is substantial, to say the least.

No, Cameron Boyce is not married. Having said that, he’s currently in a relationship with fellow Descendants co-star, Brenna D’Amico, who is younger than him by two years.

Prior to this, he dated actress Peyton List, who also happened to have starred with him in the Disney franchise, Descendants.

Back in 2013, it’s said that he hooked up with Madison Pettis.

Does Cameron Boyce Have Any Children?

No, Cameron Boyce does not have any children that we know of.

Did Cameron Boyce Go to College?

Boyce had something to celebrate about this May- he finally graduated high school in his home state of California. From what we can tell however, the actor has not yet revealed whether or not he has any plans to continue on with college.

Cameron Boyce currently lives in Los Angeles, California with his parents and younger sister. Seeing as how he recently graduated from high school, it wouldn’t be out of the question if he were to move out into a place of his own in the near future. For now however, it seems like he’s still living with his family.

We do not have any pictures of Cameron Boyce’s house to share at this time.

What Kind of Car Does Cameron Boyce Have?

We do not have any details on Cameron Boyce’s vehicle at this time.

Ever since he made his debut back in 2008, the eighteen year old star has appeared in over 20 different titles on both television and film. As mentioned above, some of his biggest roles include that of Luke Ross in Jessie, Jake in Jake and the Never Land Pirates and Carlos in the Descendants franchise.

In 2012, Boyce received a Young Artist Award for his role in comedy film, Judy Moody and the Not Bummer Summer (e.g. Best Performance in a Feature Film: Young Ensemble Cast), which he shared with the rest of his co-stars.

How Much Did Cameron Boyce Make Last Year?

We do not have any information on Cameron Boyce’s 2016 income at this time.

Cameron Boyce recently reprised his role as Cruella de Vil’s son Carlos in the Disney Channel Original Movie, Descendants 2 which was released on July 21, 2017. Aside from that, he was also playing the role of Conor in Gamer’s Guide to Pretty Much Everything, up until its end in January 2017.

Speaking of television appearances, he has also appeared in Disney Best Day Ever (2017), and Celebrity Page (2017) earlier this year.