Mark Fischbach Net Worth 2018 – How Wealthy is Markiplier Now? 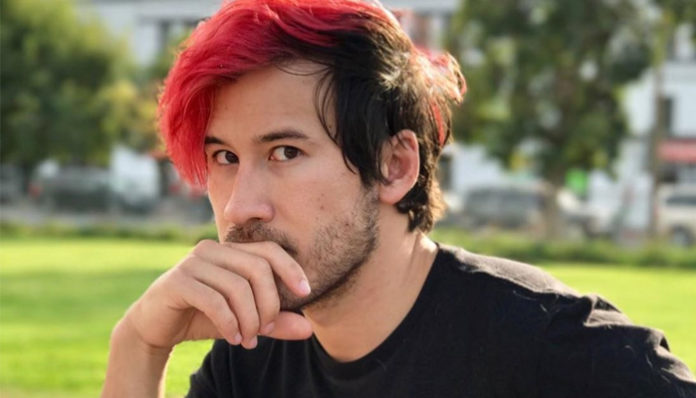 Mark Fischbach- better known as his online alias Markiplier, initially rose to fame on Youtube for his Let’s Play videos. Originally from Honolulu, Hawaii, he launched his channel with a play through of the horror game, Amnesia: The Dark Descent in 2012. With his humorous commentary, he quickly earned himself a decent following on the site. Today, he is one of the most subscribed users on Youtube, with over 17 million followers.

Throughout his video-making career, Markiplier has collaborated with a number of fellow Youtubers including Yamimash, Jacksfilm, PewDiePie, Jacksepticeeye, and Game Grumps; at one point, he even had the chance to work with celebrities Jimmy Kimmel and Jack Black. Since his rise to fame, the 28-year-old has also appeared in television and web series such as Table Flip (2013), Grumpcade (2015), and Gamer’s Guide to Pretty Much Everything (2016). In 2015, he even made an appearance in the comedy film, Smosh: The Movie.

How much has the web star made over the past years? According to sources, Mark Fischbach currently has an estimated net worth of $9 million. What are his major streams of income? How many ongoing (money-making) projects does he have as of 2017? Let’s find out.

How did Mark Fischbach Make His Money & Wealth? 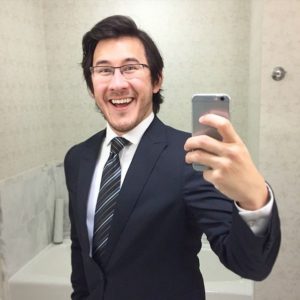 The son of a military soldier, Mark Fischbach was born at an Army Medical Center in Honolulu, Hawaii on June 28, 1989; he is of mixed descent. After spending the initial half of his childhood in Hawaii, his family relocated to Cincinnati, Ohio, where he spent his teen years. As a young boy, he often played with his older brother, Jason in the forest. Unfortunately, that’s about all we know regarding his early life as the topic of his youth rarely comes up in conversation.

Upon graduating from high school, Markiplier went to the University of Cincinatti, where he studied biomedical engineering. Ultimately, it was during his days as a student that he first got involved with Youtube. In the summer of 2012, he created his Youtube channel under his current pseudonym, “Marklipier”. Putting his passion for video games to good use, he began to share video play throughs of the horror title, Amnesia: The Dark Descent. With his unique commentary style, it wasn’t long until he started to pull in the views.

Before long, his Youtube account had garnered thousands of hits- as his views went up, so did his subscriber count. Soon a star on the video-sharing site, Markiplier later posted Let’s Play videos of other game titles including Penumbra and Dead Space; with that, he also further expanded his fan base. Despite the rapid growth of his first channel, a subsequent incident with a connected Google Adsense account prevented the gamer from joining Youtube’s partnership program (e.g. he was not able to monetize his content). A troubling situation, it ultimately led him to have to start anew on a new account called MarkiplierGAME.

Since then, he’s played countless games on his new channel including the Slender series, Five Nights at Freddy’s, and Minecraft. Although he often chooses to play horror titles, he also enjoys indie games of various genres. The 23rd most subscribed-to user on Youtube, Markiplier has since amassed over 17.9 million subscribers on his primary account. According to Socialblade, his follower count has been growing exponentially since January 2014; from then until now, he’s gained well over 16 million subscribers. As of 2017, the 28-year-old star’s following increases anywhere from 5K to 10K+ a day.

How much does Markiplier make from his primary Youtube channel? If his subscriber count of 17.9 million is of any indication, his videos bring in a decent amount of income to say the least. On average, his account receives over 7 million hits on a daily basis- how does this convert to the dollar value? Well, let’s take a look at how Google pays its users: typically, the web giant pays its partners somewhere in the ballpark of $2 to $5+ per 1,000 ad views. How many ads are displayed on average? Generally 40% of one’s total view count can be monetized.

In 2012, Markiplier began collaborating with the Youtube sketch comedy channel, Cyndago- which was founded by Ryan Magee and Daniel Kyre. Known for its comical yet satirical videos, their collaborations greatly boosted their prominence on the web during the early 2010’s. Tragically, the group disbanded in September 2015 after the tragic death of Kyre, who’d passed away following an apparent suicide attempt.

Starting from 2016, the 28-year-old started to shift his focus away from gaming to comedic sketches; since then, he’s gotten noticeably more involved with improvisational theater. That year, he also signed on with Revelmode, a new entertainment network created by Felix Kjellberg (aka PewDiePie) and Disney’s Maker Studios. Allegedly, the company will help to produce some original scripted series for the star.

Aside from what he posts onto his Youtube channel, he has appeared in several television and web series over the past few years. For instance in 2013, he made a few appearances in the game show web series, Table Flip, created by Suzy Berhow. From there, he was invited as a guest onto Jimmy Kimmyl Live! (2015), after which he starred in the Let’s Play web series, Grumpcade– the brainchild of Leigh Daniel Avidan and Arin Hanson. Some of the later titles that he appeared in include Scare PewDiePie (2016), and Gamer’s Guide to Pretty Much Everything (2016).

In 2015, Markiplier also made his movie debut in the comedy film, Smosh: The Movie, starring Youtube comedy duo, Ian Hecox and Anthony Padilla. One of the supporting characters, he played as himself in the production- a gamer who nearly kills the two by accident from playing Gorilla Chainsaw Massacre. Besides them, the star-studded cast list also included Jenna Marbles, Harley Morenstein, Grace Helbig, Michael Ian Black, Brittany Ross, among others.

Now that we’ve explored some of his greatest achievements, let’s go back to address the main question- where did Mark Fischbach aka Markiplier earn most of his fortune from? Considering his immense fan base on Youtube, it’s obvious that a significant chunk of his current wealth comes from his channel. Aside from that, it’s clear that his overall income is supplemented by what he makes from public appearances, improv comedy, and acting projects. Currently, it is estimated that the 28-year-old Youtube star has a net worth of $9 million.

At the rate that he’s going, we don’t foresee his net worth coming down anytime soon- in fact, if anything, it’s only going to rise further in the future.

No, the Youtube star is not married- having said that, he’s in a relationship with fellow web celebrity, Amy Nelson; the two have been together since 2016.

In the past, he dated a girl named Jess, whom he made multiple Youtube videos with- they later broke up on friendly terms in February 2015.

Does Mark Fischbach Have Any Children?

No, Mark Fischbach does not have any children that we know of.

Did Mark Fischbach Go to College?

Yes, the 28-year-old went to college. After graduating from a local high school in Ohio, Fischbach went to the University of Cincinnati where he majored in biomedical engineering. Ultimately, he dropped out of his studies in order to focus the entirety of his attention on his online career.

Where Did Mark Fischbach Get His Pseudonym From?

As you can probably guess, the celebrity’s online alias is a portmanteau of the words “Mark” and “Multiplier”.

Originally from Honolulu, Hawaii, Markiplier spent the majority of his youth in Cincinnati, Ohio. After his rise to fame, he moved to Los Angeles, California where he lived with fellow Youtube stars Ryan Magee, and Daniel Kyre.

Unfortunately, we do not have any pictures of Markiplier’s house to share at this time.

What Kind of Car Does Mark Fischbach Drive?

Details on Mark Fischbach’s vehicle are unavailable at this time.

Since he rise to stardom, Markiplier has hosted many charity live streams, in which he collects donations for various causes and charities while playing games. Some of the organizations which he’s raised funds for in the past include the Best Friends Animal Society, Depression and Bipolar Support Alliance and Cincinnati Children’s Hospital Medical Center. As of July 2016, his efforts have helped to raise over $1.1 million.

In the past, he’s also met fans as part of the Make-A-Wish Foundation program.

How Much Did Mark Fischbach Earn Last Year?


According to various sources, Markiplier earned approximately $5.5 million in 2016.

As an actor, he made his movie debut in the comedy, Smosh: The Movie (2015), where he appeared as himself.

As far as industry awards go, he has been nominated for a Streamy Award, and a Shorty Award (e.g. Tech and Innovation: Gaming). In 2016, he also received a Celebrity of the Year Award from the Make-A-Wish Foundation Award Ceremony.

It’s been announced that Markiplier will be voicing one of the lead protagonists in Cartoon Network’s new animated shorts, Villanous.

On the Youtube front, he recently released an interactive “Choose Your Own Adventure” video called A Date with Markiplier. Well received, it has received over 12.1 million hits since it was first uploaded onto his channel.