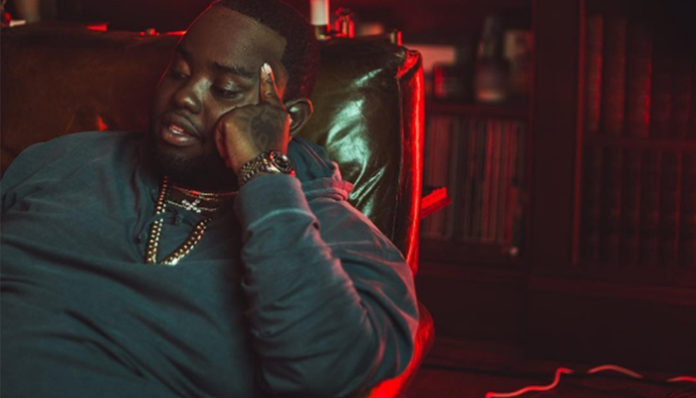 Atlanta-based rapper 24hrs first came into the radar in 2016 after posting multiple tracks onto Soundcloud. Formerly known as Rolls Royce Rizzy, he was briefly affiliated with Jermaine Dupri’s label prior to his official debut last year. Known for his bottom-heavy jams, Stylist- one of his initial tracks is responsible for thrusting him into the spotlight. A few months later, the artist followed up with his debut extended play, Open in the summer of 2016.

Since then, he has continued to put forth new projects including the EPs, 12:AM, and Night. Some of his popular tracks include You Know, Not Impressed (Feat. Gucci Mane), Extra X3, and Got it No More. Despite having just recently made his debut, 24hrs has already had the opportunity to work with several established artists including Gucci Mane, E-40, Wiz Khalifa, and MadeinTYO. Speaking of collaborations, he has a full-on collaboration project with Ty Dolla Sign planned for later this year.

How successful is he now? According to sources, 24hrs currently has an estimated net worth of $450,000. Where did 24hrs earn this amount from? If you’re interested in knowing, make sure to read on!

How did 24hrs Make His Money & Wealth? 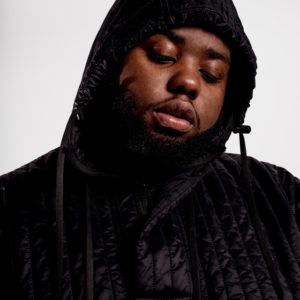 Born on December 1, 1990, in Oakland California, 24hrs (Real Name: Robert Davis) moved around frequently during his childhood due to his father’s work in the military. By the time he was a teen, he had lived in several different places including Tokyo, Hawaii, Texas, and Virginia. The older brother of fellow rapper MadeinTYO, the two have worked together on several occasions. Growing up, he enjoyed listening to music whenever he could- in particular, he was fond of the works of Cassidy, Jadakiss, and Fabolous.

Like his younger brother, 24hrs started to rap in his early teens- however it wasn’t until a little later on that he took it more seriously. At the age of twenty one, he adopted the moniker “Rolls Royce Rizzy” and signed to Lil Scrappy’s GSUP label. Soon afterwards, he dropped his first major mixtape dubbed, Body Bag Muzik. As an independent artist however, it was difficult to garner attention- especially as a newcomer. So when he had an opportunity to sign to Jermaine Dupri’s So So Def label, the aspiring rapper took it.

Deciding a name change was in order, he switched up his moniker a bit to become Royce Rizzy. Ultimately, it wasn’t until five years after his mixtape debut that he came up with his current persona- with help from his younger brother, MadeinTYO. At the time, the two were in New York for one of his shows; during there time there, they noticed “a million 24 hours signs as [they] were walking.” Deciding to use 24hrs as his new name, he eventually released a new track onto Soundcloud, which to his amazement, quickly racked up hundreds of thousands of plays.

Inspired by the success, he continued to build a name for himself in the rap scene, working alongside music producer, Apex Martin. Over the next little while, the two spent countless hours at the studio; the result of their hard work eventually paid off in the form of the extended play titled, Open. Released on May, 1, 2016, it boasted seven tracks including Last Man, Running 3x, Belong to You, Back For Me, LoveYouCrazy, and Stylist. Featuring an overall chill sound, the project became his second major release. As of August 2017, the EP has already garnered millions of streams combined on Soundcloud (the most popular track being that of Back For Me with 1.56 million plays).

Not long afterwards, 24hrs dropped his next EP titled, Open Late. Produced by ISM Beats and Apex Martin, four tracks made its debut on the record including All the Time, Count Me Out, Madonna, and Right 4 Yu. Featuring guest appearances from Yo Gotti, Dwn2Earth, and Ty Dolla Sign, it was eventually made available for streaming via Soundcloud, like his previous releases. In the support of the extended play, the rapper later embarked on an eight-day Open Late Tour, which saw him performing from Vancouver, BC to Oakland, SF.

His next project, 24hrs was released just a couple of months later. Written entirely by the rapper himself, its production was handled by his right-hand man Apex Martin and Stretch. Accompanied by a parental advisory label (as with his other titles), it consisted of four tracks- Deepend, You Know, Time, and LoveYouCrazy. To date, the extended play has garnered well over two million streams on Soundcloud- the most popular track being that of You Know with more than 1.59 million listens.

From there, the Atlanta-based rapper came out with 12:AM, a collaborative EP with Murda Beatz. Dropped on September 6, 2016, it features production from Murda Beatz and his go-to producer, Apex Martin. His first joint venture with another artist, it boasted four titles including Jungle Gym, Monster Truck, Gucci Flame, and Twenty Revenge. On Hotnewhiphop, the extended play has been streamed over 60,000 times as of August 2017.

Ending the year with yet another EP, he released Sunset Blvd on December 24, 2016. Produced almost entirely by James Royo, the project delivered a handful of new jams including Mad at You, Impossible, Malibu (Feat. Post Malone), and Sunset.

Though many fans expected to see his highly anticipated debut album, 24hrs chose instead to release another EP titled, Not Open Late on March 19, 2017. Featuring guest appearances from PnB Rock, Rick Ross and his brother MadeinTYO, the collection included five tracks- Deserve, Ring My Line, Turn Me Down, and Like That, all of which were produced by DJ Mustard, James Royo, Apex Martin, and more.

Most recently, the twenty something unleashed a new eight-track project titled, Night Shift as an imprompto gift to fans this summer. Made available on May 19, 2017, it came with eight titles including Got it No More, Extra X3, Favorite Song, Got it No More, 2 Much, Nobody, and What You Like, the last of which features Wiz Khalifa and Ty Dolla Sign. Unfortunately, it looks like we’re have to wait a little longer for his studio album.

While its obvious that a portion of his earnings have come from the above EPs, 24hrs has other things going for him that help to supplement his overall income. For example, tours and concerts. As mentioned earlier, the rapper had hit the roads for a tour in support of his Open Late EP last year. More recently this summer, he has also performed a number of shows across the United States and Canada. Though his summer concerts appear to be over, he still has a few dates left for this fall should you be interested in seeing him performing live. For more information, please click here.

Aside from the obvious- record sales and performances, it’s assumed that 24hrs also earns a small amount on the side from his Youtube channel. Since he first launched his account in December 2015, the rapper has amassed more than 1.3 million lifetime views. Currently, his most popular video- the MV for Gucci fame has been watched over 476,000 times. As you probably already know, it’s easy for Youtubers to earn ad revenue by displaying advertisements on their videos. On average, Google pays its partners upwards of a few dollars per 1,000 ad views- which can easily add up.

How much has 24hrs made from his Youtube channel so far? Assuming that he receives at least a couple of dollars per 1,000 views, it’s likely that he’s already earned over a thousand dollars from his videos- which isn’t all too shabby.

If you’d like to support the artist, he has set up an official store via his site at http://24hrsmusic.com. From the looks of it, he has a variety of items (e.g. tee-shirts for $24, hoodies for $45, etc.) available for purchase- all in support of his latest project, Open Late. You can visit the store for yourself at http://24hrsmusic.com/night-shift.

Yes, the rapper is married- from what we can tell however, the identity of his wife has never been revealed to the public. Having said that, 24hrs has mentioned that she “does music too.” Regarding their relationship, he’s stated that she is “super-protective” almost “like [his] mom”- which is not necessarily a bad thing.

Does 24hrs Have Any Children?

No, he does not have any children that we know of- him and his wife are presumably focusing on their music careers at this time.

Did 24hrs go to college?

Not much is known about 24hrs’ education history- at this time, it’s assumed that he has not gone to college, though this has not been confirmed.

Where Did 24hrs Get his Stage Name From?

As mentioned earlier, the rapper had adopted his current stage name after seeing countless “24 Hours” signs during a trip to New York with his brother, MadeinTYO.

Initially, he was known as Rolls Royce Rizzy in the early 2010’s, prior to his major debut.

Where Does 24hrs Live? Pictures of 24hrs’ House

It’s assumed that 24hrs currently resides in California. Unfortunately, we do not have any further details of his location at this time. Pictures of the rapper’s home is also unavailable.

What Kind of Car does 24hrs Drive?

Information on 24hrs’ vehicle is unavailable at this time.

As of August 2017, 24hrs has delivered a number of EPs including Open, Open Late, 12:AM, 24hrs, Sunset Blvd, Not Open Late, and Night Shift. Some of his most popular tracks include: Down For Me, What You Like, Malibu, My Song, and Gucci Flame.

A rising emcee, his popularity in the rap scene has undoubtedly been growing over the past year.

How Much Did 24hrs Make Last Year?

We do not have information on 24hrs’ 2016 earnings at this time.

The Turning Point for 24hrs

At one point, 24hrs had “got real sick” after a prolonged period of drinking and smoking in the club scene. It wasn’t until his doctor told him that “[he] was on a road to destruction” that he started to turn his life around from a health perspective. Motivated to change his lifestyle, he has since dropped from a size 3X to an XL.

His latest release is that of his eight-track EP, Night Shift which was dropped this past May. Rumor has it he will be coming out with his debut album, Open Late later this year, though a release date has not yet been announced.

To stay on top of everything that’s going on, be sure to follow 24hrs on social media.