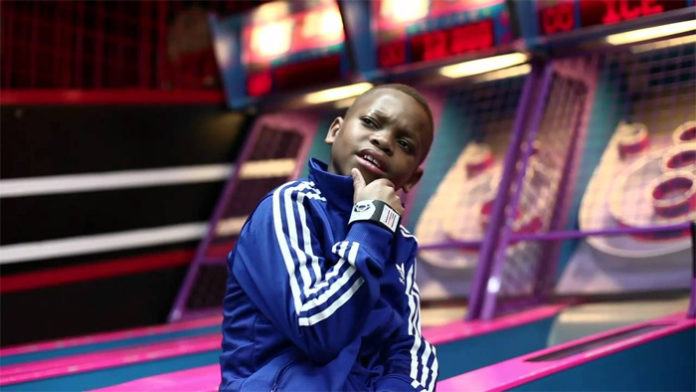 A rising emcee from California, Lil Niqo made his debut at the astonishing age of twelve in 2012. A San Diego native, he first developed an interest in rap after participating in his second grade talent show. From there, he accumulated more and more experience performing at a number of local venues, from clubs to community events. Later with a little bit of luck, he landed a publishing deal with Worldwide Entertainment- a label owned by Kevin Wales, a long time friend.

A few months later, another part of his dream came true after he scored a contract with Def Jam Records. Ten years old at the time, he became the youngest artist in history to sign to L.A. Reid’s legendary label. In 2012, Lil Niqo released his first song, Television Love, which went on to garner him a considerable amount of attention in the hip hop scene.

Since then, the rapper has dropped a number of memorable titles including: Ok Then, Tough on the Internet, and Say So. Most recently this spring, he delivered his latest single, The City. Lil Niqo currently has a net worth of $1 million. How did the teen earn such a great amount? Let’s take a look below.

How did Lil Niqo Make His Money & Wealth? 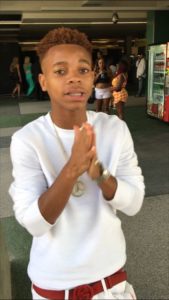 Born on November 23, 1999 in San Diego, California, Lil Niqo (Real Name: Niqole Heard) fell in love with performing after taking part in a talent show during grade school. A natural performer, he later took up rap at the age of seven- after convincing his mother for permission. Despite his young age, he began performing at numerous venues in his hometown- including clubs. Before he knew it, he had not only created a buzz in the local scene, but had also garnered himself a strong following. Interested in branching out his career, the young rapper and his management team (including his mother who worked as his manager) decided to try their hand at landing a music deal.

Reaching out to Kevin Wales, the CEO of Worldwide Entertainment who also happened to be a colleague and long time friend, Lil Niqo eventually impressed him enough to be offered a production deal. With his help, the rapper was later able to secure a meeting with Bu Thiam, the vice president of Def Jam Records. Following a brief showcase of his talent, the staff instantly gravitated towards the ten-year-old. After performing for the executives, Lil Niqo sat at the waiting room where he was soon welcomed into Def Jam.

At just ten years old at the time, Lil Niqo became the youngest recording artist to sign to L.A. Reid’s music label. In 2011, he teamed up with DJ Khaled for his debut single titled, OK Then. Eventually uploaded onto Soundcloud, the track quickly proved to be a major hit, garnering hundreds and then thousands of streams on the site; as of August 2017, the song has been streamed close to 100,000 times on Soundcloud. As if that wasn’t impressive enough, its official music video, uploaded onto Youtube, has since been viewed over 4.4 million times. Needless to say, the collab effectively launched the rapper’s career.

Following his initial break, Lil Niqo dropped his next single, Television Love. An even greater success than OK Then, the track caught the attention of thousands upon being released on the web. Recognized by many as the rapper’s breakthrough hit, its official music video quickly went viral on Youtube after being posted onto the site on May 15, 2012. Lauded for its beats, the MV has already been viewed close to 13 million times as of 2017. To this day, Television Love remains to be one of the artist’s most well remembered songs.

From there, he made a guest appearance on Sy Ari Da Kid’s hit song, Taken, which also featured Chasity and Translee. Produced by BigBoiBeats, the track netted a decent amount of attention online. Then in July 2014, Lil Niqo released his next single, Say So. Though it didn’t manage to surpass the success of his previous titles, it still managed to garner praises from fans. Produced by BobbyKritical, a music video was later uploaded onto his official Youtube channel on October 27, 2017, a few months after its original release. To date, said MV has racked up over 842,000 views.

More recently last year, the teen dropped the single, I Know (Radio Mix) on January 1, 2016. Made available as a digital download, the song was uploaded onto Youtube (as with his previous titles) though it has since been removed. A month later, he released his next track, The Truth. Produced by BeatGodz, it proved to be yet another sold effort from the rapper. As of 2017, the official MV by Yellow Nyugen has garnered over 655,000 views.

Going for a collab later that summer, Lil Niqo teamed up with Miss Mulatto for the single, Tough on the Internet. A couple of months afterwards, he released his next collaboration, Making Plans (Feat. Cravetay.

This February, the rapper released his first single of 2017, Crush. Following up with a second release, he eventually came out with The City on April 1, 2017.

Aside from what he’s earned from the above records, Lil Niqo has also taken part in several other projects. For instance, he’s established a relationship with Black Entertainment Television. Since he first co-hosted 106 & Park in his early teens, he has also hosted the Red Carpet Events for several award ceremonies including the Soul Train, Black Girls Rock, and the Grammy’s.

Speaking of which, he even made his acting debut in the FOX series, The Finder alongside Salli Richardson, Michael Dunca, and fellow rapper, 50 Cent in 2012.

Going back to the topic of rap, it’s assumed that Lil Niqo also pulls in a decent amount from putting on shows and concerts. Though it’s never been revealed how much he receives per performance, our best guess is that he makes a few hundred per show. Speaking of shows, he recently hit the stage at Livewire in Scottsdale, Arizona this past January. Last May, he also took part in The Glow Up event in Minnesota.

Unfortunately, it doesn’t look like he has any dates scheduled for later this year (as of yet). For the latest information regarding concerts, be sure to follow the rapper on social media.

On top of what’s already been mentioned above, the teen has another source of income- perhaps one’s that often forgotten, his Youtube channel. Since he first joined the site in the fall of 2007, Lil Niqo has amassed over 77,000 subscribers with close to 12 million lifetime views across his uploads.

How much has the seventeen year old made from his Youtube channel so far? Given that he receives at least $2 per 1,000 ad views, he would have made close to $10,000 already from his videos. As of August 2017, his most popular upload- Lil Niqo “OK Then” feat. DJ Khaled has been viewed over 4.4 million times- that in itself translates to a few thousand dollars in earnings. Some of his other top hits include: Lil Niqo- I Know, Say So, Lil Niqo – The Truth, Lil Niq- Who I Are, and Whip My Hair – Remix.

Speaking of ad revenue, it’s assumed that he’s also been monetizing his songs on Soundcloud. Similar to Youtube, the site pays its users for displaying audio ads in between tracks. To date, Lil Niqo has amassed over 2,500 followers on the site.

From everything that we’ve discussed above, it seems apparent that the majority of his funds came from the success of his singles. Having said that, he does have a few extra sources of income including concert performances and his ad earnings from Youtube.

No, the San Diego-based rapper is not married. Regarding his relationship status, rumor has it that he’s been dating a fellow singer named Faith- though this has not been confirmed.

Does Lil Niqo Have Any Children?

No, the 17-year-old artist does not have any children.

Did Lil Niqo Go to College?

At seventeen years old, Lil Niqo is still a high school student. At this time, it’s unknown whether or not he plans on pursuing a college degree after his graduation.

Where Did Lil Niqo Get His Name From?

Lil Niqo’s stage name is most likely a reference to his given name, Niqoles.

Where Does Lil Niqo Live? Pictures of Lil Niqo’s House

Lil Niqo currently resides in his hometown in San Diego, California. Unfortunately, that’s about all we know regarding his location- he has never revealed any further details about his home. Having said that, considering the fact that he’s still a minor, he most likely still lives at home with his parents.

We do not have any pictures of Lil Niqo’s house to share at this time.

What Kind of Lil Niqo Drive?

There is not any information on this.

The youngest artist in history to have signed to Def Jam Records. Now seventeen years old, his catalog contains a number of hit songs including Television Love, Ok Then, Cool With Me, Crush, Really Real, and The City.

On top of his music career, he’s also had the opportunity to host several events including the Red Carpet ceremony for the Grammy’s- the biggest night in music.

How Much Did Lil Niqo Make Last Year?

The rapper has come out with three singles so far this year- Really Real, Crush, and The City, the last of which was released this April. According to a recent interview, Lil Niqo is currently working on an extended play which will probably be released later this year- though there are no exact dates yet. Following that, he will try to push out his long awaited studio album.