Khloe Kardashian Snapchat Name – What is Her Snapchat Username & Snapcode? 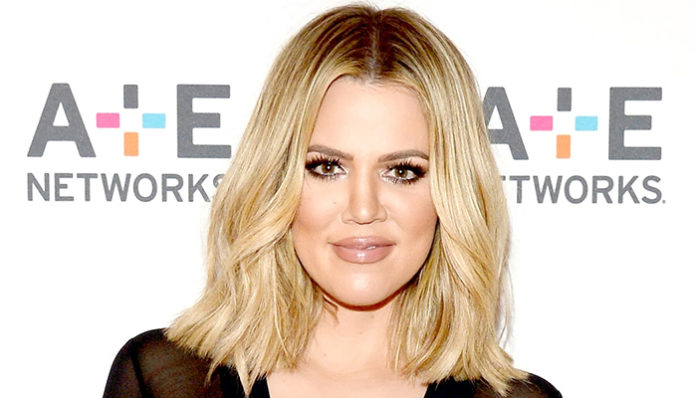 A socialite and television personality, Khloe Kardashian initially rose to fame on the reality show, Keeping Up with the Kardashians. From the country’s entertainment capital of Los Angeles, she is also well known for being the young sister of Kim and Courtney Kardashian, both of whom are also reality celebs.

Born on June 27, 1984 in Los Angeles, California, Khloe Kardashian is the daughter of Kris Jenner and Robert Kardashian, the latter of whom received some attention after serving as the defence lawyer for O.J. Simpson in 1994. Initially during her teens, she went to Marymount High School, an all-girls Roman Catholic institute in LA. Following her sisters graduations however, she opted to continue her education through home-based schooling. As it had put it, she had felt that “there was no reason for [her] to stay” as she “didn’t have any friends”. At the age of seventeen, Khloe successfully earned her GED, one year ahead of schedule.

As it happened, a sex tape was leaked in February 2007- one of her older sister Kim, and ex-boyfriend, Ray J. Not long afterwards, all of her siblings were invited to star in their own reality series called, Keeping Up with the Kardashians (2007).

Premiered in the fall of 2007 on the E! Network, the show centred around the everyday lives of the Kardashian/Jenner family. Aside from Khloe and her sisters, the series also starred her parents Caitlyn Jenner and Rob Kardashian, and her half-sisters, Kendall Jenner, and Kylie Jenner. Having said that, the majority of the series focuses on the relationship between Khloe, and her sisters Kourtney, Kim, Kylie and Kendall.

Despite negative reviews, Keeping Up with the Kardashians has proved to be immensly popular in the United States. As far as criticism goes, the show is often criticized for demonstrating “a lack of intelligence”. In fact, many critics have come to agree that the series is only successful due to being a “guilty pleasure.”

A constant success for E!, the series was seen by over 1.3 million viewers during the first month. Since then, ratings have only increased further- closer to the 5 million mark. One of the most popular reality titles currently on television, it has been airing since 2007. Following the end of the thirteenth season in 2016, a fourteenth season was commissioned; it will premiere on October 1, 2017.

Two years after her TV debut, she appeared alongside her sisters in the spinoff, Kourtney and Kim Take Miami (2009). Premiered on August 16, 2009, the show followed the two sisters as they open a second D.A.S.H. clothing boutique store in Miami, Florida. A decent success, its premiere was watched by more than 2.8 million viewers in the US. Though ratings dipped in the subsequent episodes, it later recovered for the finale, which drew in more than 2.6 million viewers.

From there, she appeared in a few episodes of Kourtney and Kim Take New York (2011), before landing a starring role in her own spin-off, Khloe & Lamar (2011). The third instalment of the franchise, it revolved around her relationship with her then husband, Lamar Odom, a professional basketball player for the NBA. Premiered on April 10, 2011, it ran for twenty episodes before coming to an end in the summer of 2012.

Since then, Khloe has been featured in several other shows including The X Factor (2012), for which she served as a co-host during the second season. In 2014, she also returned for the fourth spinoff, Kourtney and Khloe Take the Hamptons which centred around her and her sister’s new clothing business in Long Island, New York.

Some of the other titles that she’s been involved with in the recent years include I Am Cait (2015), and Revenge Body with Khloe Kardashian (2017).

Khloe Kardasian as an Actress

Obviously, she’s more of a reality star than she is an actress. Still, she has acted on a few occasions in the fast. For example, she has guest starred in the shows, Law and Order: LA (2011), Real Husbands of Hollywood (2013), and Royal Pains (2014).

In the past, the reality star was married to NBA basketball player, Lamar Odom. After meeting at a party in 2009, the two tied the knot exactly one month later on September 27, 2009. The couple later completed their family with a pet boxer named Bernard Hopkins- a reference to the famous boxer.

A few years after their marriage however, there started to be rumours about them having separated. Finally after months of separation by fans, it was confirmed that Khloe had filed for divorce in 2013. After signing their divorce papers in July 2015, it was finalized in December 2016.

As of 2017, Khloe is currently in a relationship with Tristan Thompson, a basketball player for the Cleveland Cavaliers.

In the spring of 2007, she was arrested by officers for DUI. After violating her probation, she turned herself in for jail time in July 2008. Following her release from prison, she was sentenced to an alcohol treatment program.

Most recently in 2012, her and her sisters were involved in a $5 million lawsuit against QuickTrim, a weight-loss supplement that they were endorsing. According to documents, the Kardashians were accused for deceptive marketing. 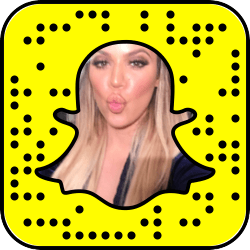 Luckily for us fans, it’s easy to stay up-to-date with the reality star on Snapchat! If you’d like to add her to your friend’s list, you can do so easily by clicking here.

Interested in seeing some of her photos? Why not follow her on Instagram where she already has over 68.7 million followers? You can find her on the app at @khloekardashian.

You can visit her official Youtube channel by clicking here.