Top 10 Most Beautiful Women in Hollywood 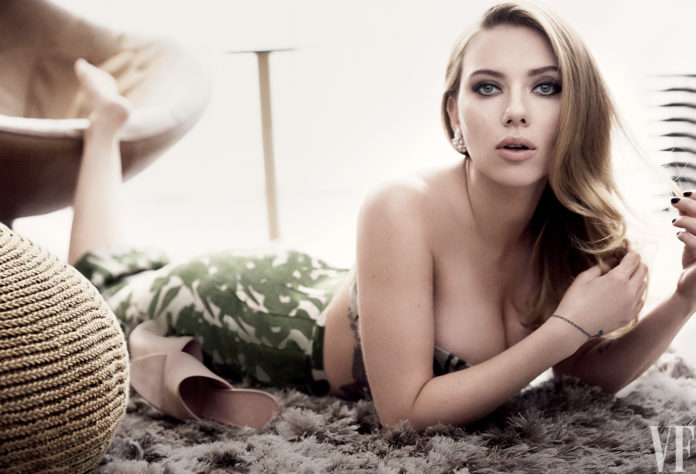 In order to make it in Hollywood, there’s one key role – you have to be good looking. The rest can come naturally. Fortunately, this list features a host of women who are both beautiful and talented, and are arguably some of the most influential figures on Hollywood and popular culture today. Not just pretty faces, some of these women are also philanthropists and have helped to revolutionize the world not just for others, but also to pave the way for the actresses of the future.

Scarlett Johansson deserves the first honor on this list – she is one of Hollywood’s greatest success stories. Making her film debut in the fantasy comedy North (released in 1994), Johansson has gone on to star in many roles. Perhaps her most famous role is featured as Natasha Romanoff/Black Widow in the Avengers series of movies, taking place in Marvel’s Cinematic Universe. She reprises the roles in numerous other Marvel movies, including Captain America. She has also recently starred in Ghost in the Shell, Rough Night, Sing, and The Jungle Book. Scarlett Johansson is also one of Hollywood’s highest paid female actors, and her net worth is estimated to be around $2 billion.

A more recent addition to the list, Jennifer Lawrence is best known for her role as Katniss Everdeen in the The Hunger Games series. As a youth, she performed in church plays and school musicals. She appeared in both parts of Mockingjay, and has appeared in recent movies like Passengers, A Beautiful Planet, Dior and I, and American Hustle. She has also played the part of Mystique / Raven Darkholme in the X-Men movies, and will be appearing in the 2018 movie, X-Men: Dark Phoenix. She is well-known for her humbleness, and her estimated net worth is around $75 million.

Emma Stone was born in 1988 to a family from Scottsdale, Arizona. As a child, she suffered from baby colic and cried frequently, eventually developing nodules and calluses on her vocal cords. She also suffered panic attacks as a child, but admitted to being bossy as a child. She eventually made her film debut in Greg Mottola’s comedy, Superbad. From there, she started to receive more acting offers and eventually became a highly-known actress. She has since starred in movies like Zombieland, Marmaduke, The Amazing Spider-Man 2 (as Gwen Stacy), Aloha, and Battle of the Sexes. She has also appeared on numerous television shows, including Saturday Night Live, 30 Rock, Maya & Marty and iCarly.

Jessica Biel’s rise to fame came from her appearance on 7th Heaven, a family-drama series that was syndicated nearly across the entire world. This role came to her when she was only age 14, but since then, she has had a busy tenure in Hollywood. She has appeared in movies like The Texas Chainsaw Massacre, Elizabethtown, Shock and Awe, a Kind of Murder, Spark, Accidental Love, Hitchcock, Total Recall, and The A-Team. Jessica Biel is now married to Justin Timberlake, and is currently broadcast as a mentally-disturbed housewife in the USA Network series, The Sinner. Jessica Biel continues to act in Hollywood today, although she and Justin Timberlake have one child together.

Jennifer Aniston has no right to look as good as she does at age 48, but she is still as gorgeous as ever. Jennifer Aniston is far and away the oldest woman on this list, but still just as important and relevant. Jennifer Aniston’s first big role was Rachel Greene in the sitcom Friends, which is one of the most famous television shows of the late 1990s/early 2000s. The cast of Friends was an absolute ensemble, but Aniston may have been the sole cream of the crop. After Friends, she went on to perform in roles in hit movies such as Office Space, The Iron Giant, Bruce Almighty, Marley & Me, He’s Just Not That into You, Horrible Bosses, Mother’s Day, and The Yellow Birds. She has her own star on the Hollywood Walk of Fame, and is currently married to Justin Theroux.

A little fun fact; Mila Kunis moved to the United States at a young age. Born in the Ukraine, (Chernivtsi, to be exact), her parents moved to the United States when she was only seven years old. However, she went on to find success in Hollywood. In 1998, she was cast in her breakout role as Jackie Burkhart in That 70’s show, and shortly after, she became the voice for Meg Griffin from Family Guy (a role that she retains to this day). She has also appeared in numerous television shows and movies, including 7th Heaven, Walker, Texas Ranger, Get Over It, Honey, We Shrunk Ourselves, Boot Camp, The Book of Eli, Black Swan, Friends with Benefits, Ted, Oz the Great and Powerful, and Annie. Mila Kunis really is a mainstay of Hollywood, and can be seen in several movies that have yet to be released, including A Bad Moms Christmas, The Spy Who Dumped Me, and Amusement Park.

Perhaps known for her role in Harry Potter, Emma Watson is one of Hollywood’s most polarizing, yet beautiful, figures. She is known for her work with feminism recently, delivering speeches and advocating for gender equality. She also launched the UN campaign, HeforShe. In Hollywood, her breakout role came in the form of Hermione Granger for the eight Harry Potter movies. She also starred as the voice of Princess Pea in The Tale of Desperaux. Just recently, she starred as Belle in the Beauty and The Beast remake, which is expected to be nominated for an Emmy award. She has starred in other movies like Noah, This Is the End, The Bling Ring, and The Perks of Being a Wallflower.

Megan Fox perhaps claims the title of being the most self-aware woman on this list, although she is no less beautiful than anyone else. Megan Fox admits to suffering from obsessive-compulsive disorder, insecurities, self-harming, and low esteem. However, she has continued to overcome these issues and even become somewhat of a public icon for young women who are confused. Megan Fox’s breakout role came as Mikaela Banes in the first two Transformers movies, although she was replaced when she got into a verbal confrontation with director Michael Bay. She has starred in other movies such as Jennifer’s Body, Jonah Hex, Friends with Kids, This Is 40, Teenage Mutant Ninja Turtles (and the sequel, Zeroville). She is married to Brian Austin Green, and together they have three children.

Michelle Rodriguez claims the title as “one of the most visible Latinas in Hollywood,” which is a very true statement. Born in Puerto Rico, she was raised as Jehovah’s Witness, although she would eventually abandon the religion after moving to the United States. Michelle Rodriguez’s breakout role came as a troubled boxer in the independent film, Girlfight. She would go on to star in 2001’s The Fast and the Furious, and would reprise the role four additional times. She has starred in movies like Resident Evil (2002), Bloodrayne, Battle in Seattle, Avatar, Machete, Battle: Los Angeles, Resident Evil: Retribution, and Milton’s Secret. She is still acting and can be seen in the upcoming movies, Alita: Battle Angel and Widows.

Lauren Cohan started acting late compared to some of the other women on this list – however, she is still one of Hollywood’s most stunning women. Born to an American father and a British mother, Lauren Cohan started acting at a young age. She acted in a theater troupe and for her school plays and was raised Jewish. In 2008, she was cast as Bela Talbot in the hit TV series Supernatural for 6 episodes, but her breakout role would come as Maggie Greene in AMC’s television adaptation of The Walking Dead. She has since appeared in 66 episodes and has appeared on numerous other television shows, including The Vampire Diaries, The Mindy Project, Archer, and Chuck. She also appeared in Batman vs. Superman: Dawn of Justice in 2016 as Martha Wayne, Batman’s mother.