Calum Hood is a 21-year-old from Australia who is most famous for being the bassist and a singer of the band 5 Seconds of Summer.

How Calum Hood Got Famous

Calum was born in Sydney, Australia on January 25th, 1996 to parents Joy and David Hood. He grew up loving both salsa dancing and football, which are fairly opposite interests. Calum Hood actually played football throughout school and was interested in becoming a famous sports player before giving up his normal life and dreams to be a bassist, vocalist, and songwriter in the band 5 Seconds of Summer.
Calum Hood’s Music Career

In 2011, Calum joined future bandmembers Luke and Michael and posting short videos of themselves singing popular song covers on YouTube using Luke Hemmings channel. The three of them had met at Norwest Christian College. Some of their videos went viral, and they obtained a fourth member, a drummer named Ashton Irwin before they ended up signing a deal with Sony and recording their first album.

Calum Hood became the bassist, songwriter, and one of the vocalists for Five Seconds of Summer. The teen was just 15 at the time, and he and the rest of the band were an instant success among the teenage girls of the world. Their first release charted in their home country of Australia despite not getting any promotion besides that that they did on their own on social media. Calum and the band went on to release two more albums, and they started their own record label. 5SoS are said to be currently working on another studio album as of October 2017. In the meantime, they’ve gone on many sold-out world tours.
Calum Hood’s Controversies

In the winter of 2015, Calum Hood and his bandmates Michael Clifford, Aston Irwin, and Luke Hemmings, got themselves in trouble with their fans when they did an interview with popular music magazine Rolling Stone. Calum, in particular, said that he wasn’t used to getting attention from girls, so he really enjoyed it when they threw themselves all over him on tour. While he didn’t get as explicit as his bandmate Luke did about sleeping with his fans, he did admit that he got “a bit reckless.” The interview could’ve been an attempt to appeal to a new demographic of male listeners, but it did a lot to upset their teenage girl fans. Not only was the interview upsetting, but Five Seconds of Summer was naked for the cover photo. This seemed to be mocking a scandal surrounding Calum Hood and leaked nude photographs.
Calum Hood’s Romantic Life

While Calum has remained fairly private about his personal life, we still have a pretty good idea about who he has dated since he first entered into fame at the age of fifteen. In 2014, he dated Maddy Harris, a famous YouTuber, and Instagram star. The two only lasted together for three months, but she still posts wistful, nostalgic pictures of the two of them on her social media pages. He was rumored to have dated the reality star Kendall Jenner, but that proved to be false. In 2015, Calum Hood and Jennifer Phipps were said to be an item. Jenn is also from Australia, but their young love, if it existed, also did not last long. In 2016, he was rumored to be dating a drummer from one of the bands that were signed to his label, Hi or Hey Records. Nia Lovelis from Hey Violet was photographed with Calum, cuddling up to each other in NYC. It seems like he is currently single. 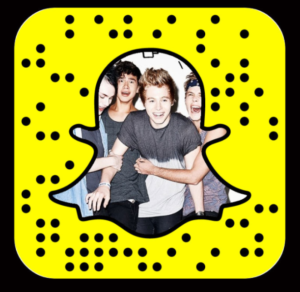 The bassist for 5 Seconds of Summer does not seem to have a personal Facebook profile that he shares publically, but Calum’s official Facebook page still has plenty of awesome content on it. 401,900 people follow the page, and you can join them by clicking this link. Unfortunately, Calum has not posted to the social media platform since December of 2014. If you are a 5SoS fan who is in the mood for some nostalgia, there are fun old photos of live shows, and a great shot of Calum making a silly face while rocking out on his bass guitar. Fans still use the page to post birthday messages to the famous musician.

The Australian musician’s Twitter page is much more current than his Facebook updates, but he still only shares things sporadically to his 7.3 million followers. Calum Hood started posting on the microblogging site in November of 2011 and has shared an impressive 14.3K Tweets since then. He uses the site as a platform to share his personal thoughts about things such as the suicide of the lead singer of Linkin Park, and his feelings about the sun, or, as he calls it, the “floating gigantic ball of fire in the sky.” See all this content and more by clicking right here.
What is Calum Hood’s Instagram name?

Calum’s aesthetic seems to be a bit artsy and retro, as a large portion of his Instagram photos are in black and white. The bassist has over 5.3 million followers on the photo-sharing site. The pics he shares vary from photos of the band, or fans at 5SoS live shows, brooding selfies, and at least one adorable video of his dog. To get a look at the 1,286 posts on the site, just click here.
What is Calum Hood’s Kik Username or Code?

There are three different Kik profiles which could technically have been the actual Calum Hood at one point but are now all disconnected. If the musician is a part of the messaging community, he’s not making his username public. The most likely fake usernames are calpal555, cashmoneyhood, and calumhood.
What is Calum Hood’s YouTube Page?

Calum does not have his own Youtube page, but you can access the 5 Seconds of Summer YouTube page by clicking here. The band posts updates from their tour, and official videos.