Erika Costell Net Worth 2018 – How Much the Model/Influencer Makes 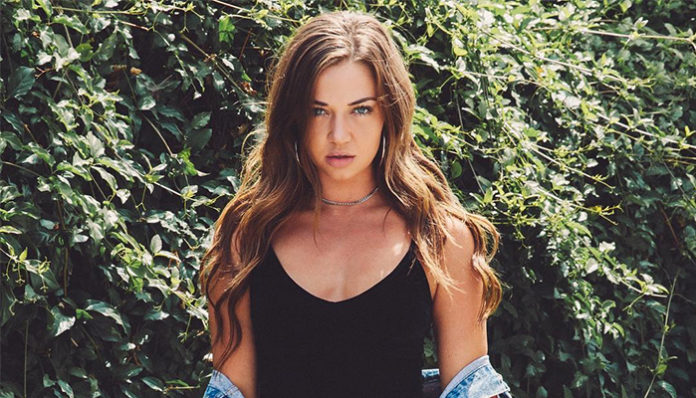 An American model, Erika Costell has been represented by a few agencies including Wilhelmina International and the DAN Talent Group. A natural in front of the camera, she first got involved with modelling (which was a childhood dream of hers) at the age of sixteen while still attending high school. From there, her career gradually took off as she steadily booked more and more gigs.

Since her rise to fame, Costell has also made herself known on social media where she has amassed millions  of followers. For instance, she has over 3 million subscribers on Youtube alone! Speaking of online ventures, she recently also joined a supergroup called Team 10, with whom she’s been collaborating with on a regular basis.

As if that wasn’t impressive enough, the twenty something has even launched her own company called, Model Hostess. So with all that said, how wealthy is she now? According to various sources, Erika Costell currently has an estimated net worth of $200,000. How much is she paid for her modelling gigs? How many ongoing projects does she have altogether? Let’s take a look.

How did Erika Costell Make Her Money & Wealth? 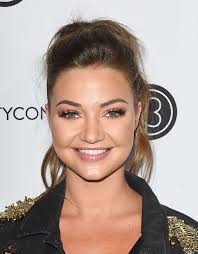 Born on November 12, 1993, in Bedford, Michigan Erika Costell has always been enamoured with the idea of modelling. Growing up, she often pretended to be the models in the magazines that she flipped through in her spare time. A cheerleader throughout middle and high school, she eventually decided to put her dream into motion under the encouragement of her first manager, Larry Murdock.

Drawing inspiration from super model Gigi Hadid, she created herself a portfolio and proceeded to send it to various modelling agencies across the country. Crossing her fingers, she waited and hoped for the best. As it turned out, her efforts soon paid off. Before long, she was contacted by the DAN Talent Group, a Tennessee based modelling agency.

Her modelling career launched, Costell gradually began to book more and more gigs; as she did so, her popularity also grew. In the end, the brunette modelled throughout the rest of her years in high school.  Following her graduation, Costell went to Middle Tennessee State University where she majored in Business Administration; she has since obtained her bachelor’s degree.

Despite her success however, she was eventually forced to cut down on the hours upon graduating, in order to focus her attention on college. Following her graduation, Costell went to Middle Tennessee State University where she majored in Business Administration; she has since obtained her bachelor’s degree.

How much does she make from modelling? Allegedly upwards of $60,000 per year. Since her debut, Costell has appeared in numerous lingerie, fitness and swim shoots.

Since her rise to fame, she has also put work into making a presence for herself on social media. For instance, she launched herself a Youtube channel which as of 2017, has amassed over 3.1 million subscribers. Another opportunity for her to present herself in front of a camera, the model mostly vlogs, though she does also post the occasional reaction video.

Considerably popular on the site, Costell’s videos easily receive hundreds of thousands of views. Currently, her most popular video titled, Team 10 Reacts to Jerika Music Video has been viewed over 8.2 million times (seeing as how popular the supergroup is, that’s not too surprising- more on them later). A few of her other top videos include, I Cheated on my Husband Prank (Gone Wrong), I’m Pregnant Prank on Jake Paul, My New Man, and It’s Over.

Taking into consideration the fact that she has over 3 million subscribers, it’s only natural that she’s been monetizing her Youtube content. How? Through Google’s Partnership program. By joining, a user receives ad revenue by displaying advertisements on their videos. Obviously then, the greater the view count, the higher the earnings- on average, it’s said that the site pays its partners upwards of $5 per 1,000 monetized views though this has not been confirmed.

Now that we’ve gone over all that, let’s go ahead and calculate how much the model makes from her Youtube channel! Given that she’s paid around the ballpark of $2 to $5 per 1,000 views, her earnings would work out to be in the range of $171,000 to $428,000. While it’s inevitable that Google takes a cut before it goes to the user, it’s a impressive figure nonetheless.

According to Socialblade, a website that offers statistics on social media accounts, Costell’s channel has been gaining upwards of a few thousand new subscribers a day over these past few months, after a period of plateau. As far as how often her videos are viewed, her account has reportedly been receiving a few hundred thousands of views on a daily basis (as of October 2017).

Speaking of Youtube, the model was recently also invited to join Team 10, a group of social media stars co-founded by Jake Paul. In actuality a small business, the web celebrity recruits a number of content creators (one of which includes Costell) who he then teaches how to build their personal brands. Not only do the members collaborate with each other frequently, but they also live together!

Aside from Costell, the roster currently also includes Marcus Dobre, the Martinez Twins, Tristan Tales, Tessa Brooks, Stan Gerad, AJ, among a few others. A group of like-minded individuals, they work together to create videos for the Team 10 Youtube channel, which you can visit here. Growing in popularity ever since its inception, the crew posts a variety of videos, from advice to challenge videos.

Since she was first welcomed into Team 10 in June 2017, Costell has starred in a handful of videos on the channel including Erika Costell’s Morning Routine, Husband Does My Makeup Challenge, and NewlyFriend Game with Tessa Brooks and Alissa Violet. Currently, they upload new videos every Monday and Wednesday- don’t miss out, be sure to subscribe!

Of course, their joint channel also earns a decent amount of ad revenue. Since the account was first established in May 2016, they’ve gained over 2.2 million subscribers and more than 77.3 million lifetime views! According to our estimation, Team 10 has made at least $60,000 from their videos- where exactly the money goes is a different question though.

Seeing as how involved she is with Youtube, it’s probably fair to say that a good chunk of her earnings come from the site.

Aside from Youtube, the model also has herself a devoted fanbase on Instagram- over 2.8 million fans to be exact. A social media influencer, she most likely receives a fair share of requests from companies who are eager to pay her for sponsorship opportunities. On average, her posts gain anywhere from 300K to 600K likes, that’s a lot of exposure for a brand! While we don’t know for sure how much she’s made from such gigs, the going price is typically a few thousand for a single sponsored post.

But that’s not all- she’s even got her own online store! Available through Fanjoy, Costell has a number of items for fans from cellphone cases ($22.99) to hoodies ($39.95). You can look at the collection yourself by clicking here.

So there you have it, that’s just how accomplished the twenty something is. Let’s revisit our original question now that we know more about her career- where did she make her $200,000 fortune from? If it isn’t already obvious, she has two major streams of income, number one- her modelling career, and number two- her Youtube channel. Let’s also not forget the fact that she’s paid to be in Team 10 (though we don’t have any concrete numbers).

At just 23 years of age, Costell still has her entire career ahead of her- most likely, she’ll only continue to reap in the earnings over the next few years.

No, despite recent rumours, she is not married. For fans, this may be confusing as she recently stated on her blog that she had gotten “married” to Youtube star Jake Paul in Los Vegas earlier this year.

It wasn’t until this September, that Jake Paul dissipated the rumours in a rare interview- in his words, “we’re not even actually dating.” Despite this, many fans continue to ship the couple which have since earned the term “Jerkia.”

For now, it’s assumed that Costell is still single.

Does Erika Costell Have Any Children?

No, Erika Costell does not have any children that we know of.

Did Erika Costell Go to College?

Yes she did. After completing high school, she went to Middle Tennessee State University in Murfreesboro, Tennessee, where she obtained a bachelor’s degree in business administration. In order to manage her course work, she even had to lower the amount of modelling gigs that she was booking at the time.

Erika Costell currently resides in the Team 10 House in Los Angeles, California. As it’s implied, she’s roommates with the rest of the squad including Chance Sutton, Tristan Tales, Chad Tepper, Alex Lange, Justin Roberts, Kade Speiser, and Nick Crompton, among others. From what we understand, each of the members are given their own room on the property.

What Kind of Car Does Erika Costell Drive?

We do not have any information on Erika Costell’s vehicle at this time.

Not only is she a well known model, but she’s also made herself to be a social media celebrity with millions of fans across the world. Currently, Costell has 2.8 million followers on Instagram, 3.1 million subscribers on Youtube, and over 10K likes on Facebook.

With her recent addition to Team 10, her popularity has only soared through the roof (as seen by a spike in her Youtube subscriber count)!

How Much Did Erika Costell Make Last Year?

Unfortunately, we do not have any information on how much she made in 2016 at this time.

If you’re a fan, be sure to tune into her Youtube channel for the latest vlogs and videos. You can visit her page by clicking here. Alternatively, you can also catch her on Team 10’s Youtube channel (which is updated every Monday and Wednesday)!

Of course, you can also follow her on her other social media accounts for the latest news and updates.