Gareth Bale Net Worth 2018 – How Rich is the Professional Footballer? 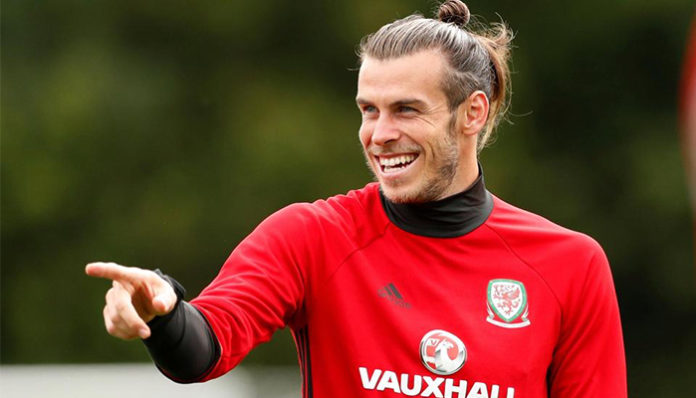 A professional footballer from Wales, Gareth Bale is perhaps best known for his swerving free kicks. A winger for the Wales National Team and Real Madrid, he has been involved with the sport ever since he was a young teen. One of the world’s most famous athletes according to ESPN, he made his senior debut at the age of seventeen in 2006.

The youngest player to have represented Wales at the international level, he has since become one of the highest scorers of all time, with over 60 caps. Prior to joining the Spanish Club Real Madrid, he also played for Southampton and Tottenham Hotspur. In 2016, Bale was among one of the finalists for the UEFA Best Player in Europe Award, though he ultimately lost the title to Cristiano Ronaldo.

As expected from a professional athlete, his earnings are nothing to scoff at. How wealthy is the footballer? According to sources, Gareth Bale currently has an estimated net worth of $90 million. Did that come as a surprise? To learn more about where his fortune came from, be sure to read on!

How did Gareth Bale Make His Money & Wealth? 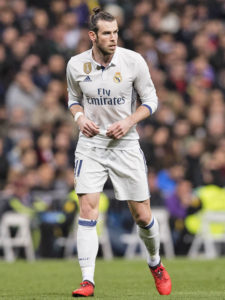 Born on July 16, 1989 in Cardiff, Wales, Gareth Frank Bale is the son of Debbie, an operations manager and Frank Bale, school caretaker. A natural athlete, his talent for football first became apparent at the age of nine- a student at Eglwys Newydd Primary School at the time, he regularly participated in tournaments with the Cardiff Civil Service Football Club. Growing up, Ryan Giggs from Manchester United was his greatest inspiration.

As a teen, Bale attended Whitchurch High School. Never having given up football, his skills on the field had vastly improved. At one point, he was able to spring 100 meters in just 11.4 seconds. Because of his superior athletics, his PE teacher even had to write special rules for the teen, in order to make class fairer for his peers. During his time at Whitchurch, he trained at a satellite academy in Southampton.

At just 16 years old, Bale successfully helped his school to win the Cardiff & Vale Senior Cup (Under 18) in 2005. His contributions to the sport eventually earned him a PE Award during his final year at high school.

A year later on April 17, 2006, he became the second youngest player ever to be recruited for Southampton; he ultimately made his debut in a game against the Bermondsey club, Millwall. After helping to level the score, he scored again with his free kick during a match against Coventry City later that year. By then, he had earned a reputation for being a free kick specialist. On May 12, 2007, Bale played his final game for Southampton in Derby County.

In the summer of 2007, Bale signed a £5 million contract with Tottenham Hotspur- based on his appearances, it even had the potential to rise up to £10 million. His first game for the team took place on July 12, 2007, where they went up against the Irish club, St. Patrick’s Athletic.  However, it wasn’t until his second game that he scored his first goal for the Spurs.

Due to an ankle injury sustained in late 2007, Bale received exploratory surgery and sat in the sidelines for the greater half of 2008 season. Though he managed to renew his deal with the club, he was ultimately dropped after a few mediocre performances on the field.

The following season, Bale successfully made a comeback during a match with Burnley in September 2009. On a lucky streak, he was eventually named Player of the Round after bringing the Spurs to victory at the FA Cup where they played against Fulham. For helping the club quality for the Champions League, he was offered a new contract in May 2010.

Continuing to prove himself  on the field, Bale managed to score twice at Stoke City on August 21, 2010. Later that fall, he scored a Champions League goal for Spur in a 41-1 match against the FC Twente. For his contribution to the match, he was hailed as Welsh Player of the Year by the Football Association of Wales. Though he received other offers from other clubs, he chose to remain with Tottenham for the remainder of his four years.

For the 2011-12 season, Gale helped his team achieve many victories including those against Wigan Athletic, and Queens Park Rangers. By January 2012, he had for the second time, attained the title of Premier League Player of the Month.

Several matches later, it was announced that Bale would be transferred to Real Madrid in September 2013. Though his fee was undisclosed at the time, the press later reported that the deal had cost £77 million. As if that wasn’t impressive enough, documents from the transfer were eventually leaked; on them, his transfer fee was listed as being £85.1 million.

Unfortunately, the first half of the 2013 season saw him succumbing to many injuries; as a result, he missed many of the games after his signing. Among the matches that he participated in were those against Villarreal, Galatasaray, Malaga, and Sevilla. For his brilliant performance against Sevilla, Bale earned himself the nickname, “The Cannon.”

By 2014, he scored several more goals against Algeria, Real Valladolid, Schalke, and Borussia Dortmund, to name a few. Perhaps one of his most noteworthy goals is that against Barcelona during the 2014 Copa del Rey Final in Valencia.

Most recently in October 2016, Bale signed a new contract with Real Madrid.

As far as his international career goes, Bale was chosen to represent Wales towards the end of the 2005-06 season. At just sixteen years old at the time, he became the youngest footballer to represent the country at the international level. On October 7, 2006, he achieved a second feat after scoring a goal at the Euro 2008 qualification match, making him the youngest player to have scored for the Welsh National Team.

Since then, he has remained on the Welsh National Team, for which he played for at the EUFA Euro 2016 Tournament. During the opening game against Slovakia, he successfully helped his country to secure a 2-1 victory, which led to their first win in over five decades. In addition to that, he also became the first player from Wales to score at a major tournament on an international level.

In addition to what he makes from playing football (for which he currently receives a yearly salary of £15 million), Bale also has his fair share of endorsements and sponsorships. For instance, he has been featured many times in the FIFA video game series, as well as on the covers of FIFA 14 in Britain, Ireland, and the Middle East.

As expected from a sports superstar, he has also worked closely with many brands in the past. Some of the companies that he’s endorsed include BT Sport, Lucozade, Adidas, and EA Sports. It is estimated that Bale earns close to £10 million per year from said endorsements alone.

On the internet, his Youtube channel also brings him a decent amount of passive income. Since the footballer first launched his account in 2012, his subscriber count has well surpassed the 16,000 mark. In total, his videos have been viewed over 2.2 million times! As of 2017, his top upload, NBA UK #HalfCourt Challenge has been played over 900,000 times on the site. Some of his other popular videos include Gareth Bale does a Golf Trick Shot!, Dizzy Penalty for The global Goals, and Introduction to Gareth Bale’s Official Facebook Page.

Let’s figure out how much he’s earned from his Youtube videos so far- assuming that he receives a few dollars per 1,000 ad views (e.g. a standard rate for Google partners), he would have easily already made a few grand on the side. Sure, it doesn’t compare to what he makes from playing football, but still, it’s a noteworthy mention.

From everything that’s been said, it’s clear that most of his $90 million fortune came from his football career.

Last summer, a day after his 27th birthday, he got engaged to Emma Rhys-Jones, his high school sweetheart whom he’s dated for many years. According to reports, the couple decided to delay their wedding after his fiancee’s family was allegedly involved in a gang feud.

Does Gareth Bale Have Any Children?

Yes, he has two children with his fiancée, Emma. Their first child, a daughter named Alba Violet was born on October 21, 2012. The couple later welcomed their second daughter, Nava into the family in 2016.

Did Gareth Bale Go to College?

No, he did not go to college. Noticed for his talents in football, he went straight for a sports career out of high school and hasn’t looked back (obviously it was the right choice!).

The professional footballer currently resides in the Spanish neighbourhood of La Finca. Located in one of the most high-valued areas in Spain, his two story home not only boasts four bedrooms and four bathrooms, but it also includes an indoor swimming pool, a personal gym, a six-car garage, as well as two utility rooms, among other things.

Valued at £6.5 million, it reportedly costs Bale £10,000 a month to rent the property. Surrounded by high fences, it ensures maximum privacy as the public is unable to get within 200 meters of the house.

What Kind of Car Does Gareth Bale Drive?

One of the youngest players to have ever played for the Welsh National Team, he has scored a total of 26 goals for the team since 2006.

How Much Did Gareth Bale Make Last Year?

This past June, Bale returned to the spotlight at the 2017 UEFA Champions League Final, where he successfully helped his team to victory.

Internationally, he has scored 3 apps for the Wales National Team as of September 2017.