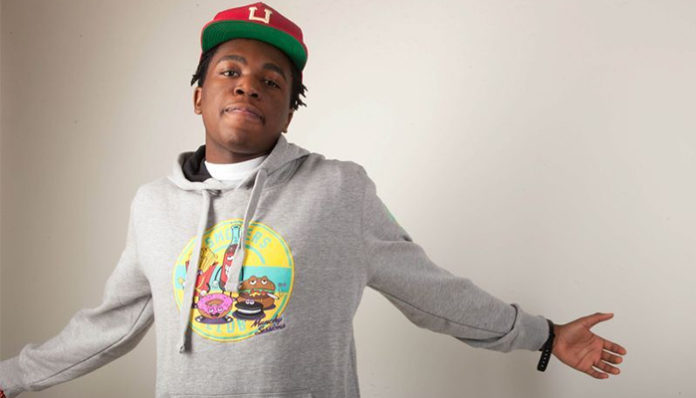 A rapper from the east coast, Kirk Knight originally rose to fame for his work with Joey Bada$$. A rapper since his teen years, he is also a member of the hip hop collective, Pro Era. Throughout his early career, he collaborated with many artists including Smoke DZA, Statik Selektah, and Lee Bannon. Later signing to Cinematic Music Group, he released his solo debut, Late Knight Special, which went on to chart in the US.

To date, some of his most popular hits include: Devastated, Suspect, Big Dusty, School High, and Land of the Free. Of course, Knight also has a couple of albums under his name- Dust [2013]  and Black Noise, which were released in 2016 and 2017 respectively. In July 2017, the twenty something also dropped a collaborative project titled, Nyk & Knight with fellow Pro Era member Nyck Caution.

Quickly rising in popularity, Knight has already amassed over 200K fans across his social media accounts. Given his talent and potential, we don’t foresee him slowing down anytime soon- if anything, his presence in the rap scene will only continue to grow.

How wealthy is the rapper now? Is he doing well for himself? According to sources, Kirk Knight has an estimated net worth of $150,000 as of 2017. Where did he earn most of this money from? To find out, let’s take a closer look at his career so far.

How did Kirk Knight Make His Money & Wealth? 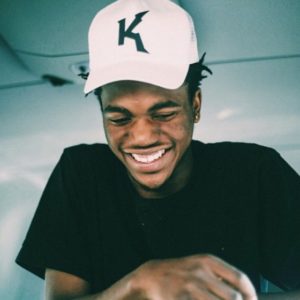 Born on November 16, 1995 in New York, Kirk Knight has been rapping ever since his early teens. A good friend of Joey Bada$$, whom he met in middle school, the two have collaborated on multiple occasions over the years. Despite having gotten into hip hop at a young age however, it wasn’t until he was sixteen that he started to take the hobby more seriously. Ultimately, it was thanks to Joey’s encouragement that he sat down and began making his own beats.

As one thing led to another, he eventually joined the hip hop collective, Pro Era (which he’s still affiliated with to this day). Formed in 2011, the group’s other members included Nyck Caution, Dirty Sanchez, CJ Fly, Dessy Hinds, Joey Bada$$, among a few others. Not only have they embarked on multiple tours, but they’ve also released three mixtapes and an extended play between 2012 and 2014. Naturally, Knight has contributed to many of their tracks including, Suspect, School High, Last Cypher, Interlude 47, Extortion, and Butterflies, to name a few.

Unlike those who draw inspiration from other artists, Knight’s music can be viewed as his interpretation of everyday moments. In his own words, he “draws inspiration from experiences a lot”- his reasoning being that he wants to remember certain situations by putting it into music. Interestingly enough, women are another one of his big inspirations as “you got to balance both the aggressive and feminine sides.”

With a fair bit of experience under his belt, Knight eventually released his solo debut, Late Knight Special on October 30, 2015. His first record with the Cinematic Music Group, whom he had signed with earlier that month, he handled most of the project’s production with some help from Thundercat and THEMpeople.

Featuring guest appearances from Mick Jenkins, The Mind, Thundercat, Noname, and his friend Joey Bada$$, the album contained twelve tracks, all of which were written by the rapper. Some notable highlights include the titles, All for Nothing, Dead Friends, I Know, The Future, Scorpio, 5 Minutes, and Heaven is For Real. Well received upon its release, it garnered favourable reviews from many publications including HipHopDX and NPR.

Continuing with his burgeoning career, the emcee eventually dropped a second project titled, Dust on May 20, 2016. A 10-track instrumental album, its contents consisted entirely of previously unreleased beats. Released in celebration of hitting 100K followers on Instagram, the track list included the titles, Answer2Luv, Milkcrate, 3030, The RightThing, Feen($), Pharaoh ($), and [A]ngelic[A].

His most recent solo release, Black Noise was made available for streaming on February 3, 2017. Packed with eleven catchy beats, Knight explained that “[he] had wanted to drop an instrumental album that created a soundscape of [his] production.” Among the trackless were Plastic Dreams, Young Ones, Lay It Down, Retrograde, Memories, Flexible, Flight 14, and Al.  Uploaded on to Soundcloud, Black Noise has since racked up hundreds of thousands of streams- for instance, Young Ones has been played 212,000 times while Magic Mirror (Bonus Track) has been listened to over 83,000 times.

With fellow Pro Era member Nyck Caution, he also dropped a collaborative album titled, Nyck & Knight on July 21, 2017. Preceded by the single, Off the Wall, the project’s primarily handled by the two artists, though their group mates did make a guest appearance on the track, Audiopium. Allegedly, the pair has been working together on a song, and “before [they] know it, it had turned into full project.”

The first joint venture, it boasted the tracks, No One Seems to Care, Dial Up, Perfect Murder by Nick Caution, Headlights by Kirk Knight, Wake Up, and Off The Wall. A considerable hit, Nyck @ Knight has since received thousands upon thousands of plays on Youtube- in particular, Off the Wall and Dial Up are the most popular with 486K and 216K streams each.

Now, it only makes sense that Knight would have yielded some earnings from the above albums. As it is with most artists however, record sales aren’t his only source of income. For one thing, the rapper also makes a considerable amount from public appearances such as concerts and tours. Since his debut, he’s easily put on over 100 shows across the globe- the earliest being back in 2014.

In fact, just last year, he embarked on a worldwide tour in support of his debut album, Late Knight Special. Kicked off on January 9, 2016 at Chicago’s Metro, it continued for most of the year until December 4, 2016, when it came to an end in Huntington, New York. So far this year, Knight has also hit the stage a number of times across the US- some of the cities that he visited include Brooklyn, Atlanta, Amityville, Philadelphia, and Minneapolis.

How much does he make per performance? Unfortunately, such information has never been revealed to the public. Having said that, it’s not unheard of for rappers such as Knight to make a few hundred, if not a few thousands of dollars per show. Given how many concerts he’s put on, we’re easily looking at a considerable figure.

Though Kirk doesn’t have his own personal Youtube account per se, his work is updated to Pro Era’s channel at PROfckingERA. Since its launch in 2011, it has amassed over 565,000 subscriers with more than 223 million views!

Seeing as how he’s a member of the group, it wouldn’t be too far fetched to say that he gets a cut from what the channel makes from ad revenue. The way it works, Google pays its partners a fixed amount per 1,000 ad views; this amount is generally around the ballpark of $2 to $5 (depending on various factors).

Speaking of the hip hop collective, they also have an online store in which fans are able to purchase a variety of merchandise items. Looking at it now, they have an array of products from military jackets ($175) to logo umbrellas ($55). To view the selection for yourself, click here.

Aside from his rap career, he recently also took a plunge into acting in the drama film, Patii Cake$. Released on August 18, 2017, it centred around the life of an aspiring rapper in New Jersey. Knight’s movie debut, he played the part of a supporting character named Nomad.

Tight-lipped about his personal life, the rapper has not revealed any details about his relationship status. Until he mentions a partner, it’s assumed that Kirk Knight is currently single.

Does Kirk Knight Have Any Children?

No, Kirk Knight does not have any children that we know of- again, that’s just an assumption on our part.

Did Kirk Knight Go to College?

From what we can tell, the New Yorker has not gone to college.

Is Kirk Knight His Real Name?

No, his real name is Kirlan Labarrie. Growing up however, his peers often called him “Kirk”. The second half of his stage name, comes from a song that he listened to frequently called, Michael Knight by Curren$y.

As mentioned above, the rapper is fairly private regarding his personal life. As such, not much is known about his housing situation- other than the fact that he likely still resides in his hometown in New York.

We do not have any pictures of Kirk Knight’s house to share at this time.

What Kind of Car Does Kirk Knight Drive?

Unfortunately, we do not have any information on Kirk Knight’s vehicle.

At just twenty one years old, Kirk Knight has successfully managed to engrave an identity for himself in the New York rap scene. Not only has he contributed to many of Pro Era’s hit tracks, but as a solo artist, he’s also released a number of projects including Late Knight Special, Dust, and Black Noise. Recently this summer, he even joint forces with his group mate Nyck Caution for a collaborative album titled, Nick @ Knight.

How Much Did Kirk Knight Make Last Year?

At this point in time, we do not have any details on Kirk Knight’s earnings for 2016.

As mentioned earlier, Kirk Knight spent most of this year touring in support of his latest album.

As far as recent releases go, he dropped the collaborative album, Nyck @ Knight in July 2017. As a record producer, he also worked on Joey Bada$$’s All-Amerikkkan Bada$$ and A$AP Ferg’s Still Striving.

Don’t want to miss his news and announcements? Be sure to follow the rapper on social media!