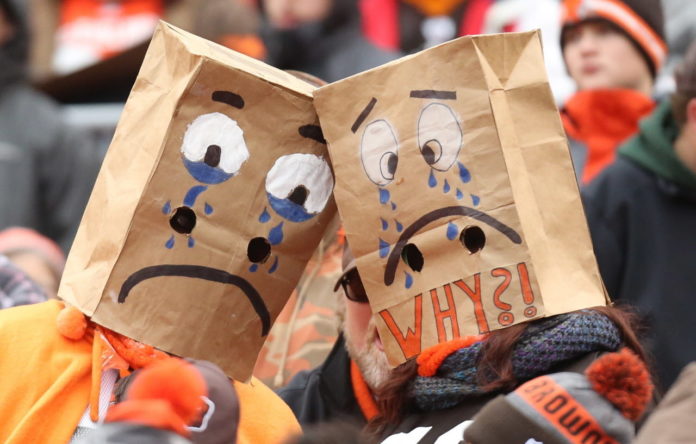 A few days ago, we saw the Buffalo Bills and their fans celebrate as they clinched a playoff berth. The NFL team had gone 17 seasons without making the playoffs. It was actually the longest playoff drought in professional American sports. The drought is over but several teams and fans continue their wait for a playoff appearance. Here are the eight longest active playoff droughts in sports:

The 2001 Seattle Mariners finished with 116 wins, tying a record that had been set back in 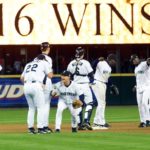 1906. That was also the last time that the Mariners reached the playoffs, making it the longest active playoff drought in sports. The playoff drought is so long that one of its top pitchers, Felix Hernandez, has never pitched in the playoffs. Back in 2016, the Venezuelan pitcher was asked about the playoff drought and said that it drives him crazy. Hernandez has been so good in his career that some just want the team to reach the playoffs so he can finally make an appearance there.

The Cleveland Browns haven’t been to the playoffs since 2002 but the playoff drought is maybe the least of the problems for the NFL team. Throughout the years, many quarterbacks have been drafted or signed to get the team back on track. Nothing has worked but what we saw this season makes any previous Browns team look like a good NFL team. The team finished with an 0-16 record, becoming the second team in history to not have a win in the season. The Browns have been so bad that they have only won one game in the last two seasons. The only good news is that the team has the No. 1 and No. 4 overall picks in the 2018 NFL Draft.

The Miami Marlins have reached the playoffs two times since their debut in 1993. Those two playoff appearances have been very good ones as the team has won the World Series in both. That’s good for a franchise that’s less than 30 years old but there is some bad as well. The other seasons have mostly been disappointments and shocking moves. The team has made huge signings only to trade them and begin rebuilding again. The latest rebuild/salary dump is probably the hardest one for Marlins fans since the team has traded stars such as Gordon, Ozuna and Stanton.

The Minnesota Timberwolves last playoff appearance was back in 2004, when they reached the Western Conference finals. The playoff drought is currently the longest in the NBA but there is a chance that it could end this season. The Timberwolves future already looked bright with Towns and Wiggins but before the season, they made a shocking move by trading for Jimmy Butler. The team is currently in fourth place in the Western Conference with a 24-16 record. An impressive season so far for a team that only had 31 wins last season.

The San Diego Padres made their last playoff appearance back in 2006. The 11 season playoff drought is bad itself but the regular season hasn’t been good for the Padres either. The team has only finished with a winning record in two of those eleven seasons. Last season was a bad one for the team as they ended 33 games back from first in the division.

The Sacramento Kings had great teams in the early 2000s but things have been really bad for the last 11 seasons. On top of that, the team recently traded Cousins and let Thomas leave as a free agent. Their playoff drought is currently the second longest in the NBA and it looks like it will continue for another season as they have one of the worst records in the Western Conference.

The NFC South division is unpredictable as one year you see the Falcons win it and then another year the Saints or Panthers end up winning it. The division was very close this year, with just one win separating the Saints, Panthers and Falcons. It was a different story for the fourth place Tampa Bay Buccaneers, a team that has now missed the playoffs for ten straight seasons. The 2018 NFL schedule has not been released but the Bucs already know who they’ll be facing next season and it won’t be easy. They will face eight playoff teams in 2018. The Bucs will play division rivals, who made the playoffs this year, and teams like the Eagles and Steelers.

In 2005, the White Sox won the World Series after 88 years. The team made its last playoff appearance three years later and things haven’t been good since. The AL Central has been strong for a while, with teams like the Royals, Indians, Tigers and Twins all having good seasons at some point. Last season was very bad for the White Sox as they finished with a 67-95 record.