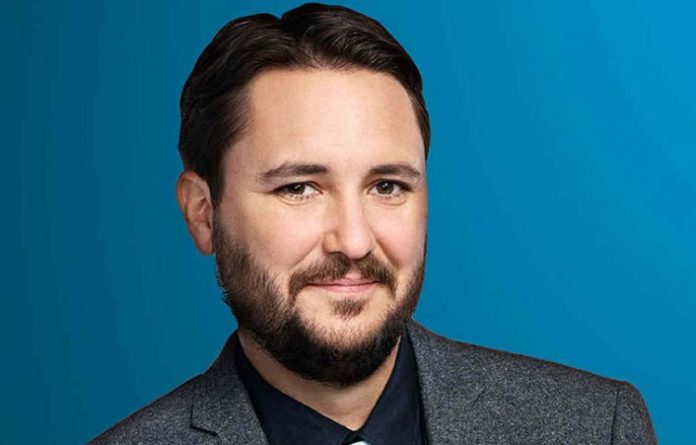 I love Wil Wheaton. I never really got the whole hatedom for his character on TNG, but then I was a kid when I watched the show, and the idea of someone seemingly close to my own age on the Enterprise was exciting. Granted, on rewatching there are a number of episodes where he comes across as a little bit too Gary Stu-ish, but most of the time he put in solid performances. The episode where he’s on the runabout with Stewart and they chat about the past is amazing. He was pretty well known as a child star prior to his casting on TNG, and his career since then has been great, depending on who you ask. I spend a lot of my time online, and so does Wil, so I’ve been exposed to his more recent work. Offline his most notable performance was probably on The Big Bang Theory, playing an asshole version of himself. A highlight of the show to my mind.

So let’s take a look at the life and career of Wil Wheaton, see where he’s been, and what he’s been doing recently.

Wil Wheaton was born on July 29th, 1972 in Burbank California. His mother was an actor and his father was a medical professional. He was pushed into the acting profession from a young age, with early appearances in advertisements in the late seventies before landing major roles in the early eighties. My introduction to him was in the Don Bluth flick The Secret Of Nimh, where he played one of the children of the main character. He wouldn’t return to voice-over work until the early nineties. His film work in the early days was a series of minor roles, but appearances in the surprise hit The Last Starfighter increased his profile, and his main role in Stand By Me, propelled him into the spotlight and led to him being cast in Star Trek The Next Generation. 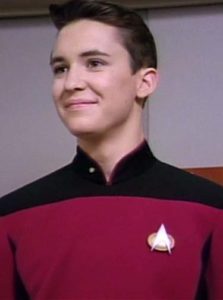 Wil Wheaton played the Young Wesley Crusher on TNG. Initially Picard was dismissive of the character, but he proved his worth on a number of occasions, eventually being appointed an acting ensign. Unfortunate many of the die-hard fans of Star Trek hated him. I can sort of see why, as I mentioned there are points where the writers gave him amazing leaps in technical knowledge, ahead of even the Chief Engineer and Data, and he can come off as a bit of a Gary Stu, or a character with all the answers. I feel that these critiques are a bit harsh, and when he left the man cast in season 4 his absence was felt. His character had an arc, his character had a different perspective on Picard, and one that I think mirrors many of the die-hard Kirk fans. The worst part about the backlash was the redirected animosity towards Wheaton himself. The guy has received death threats over his performance, and it has done lasting damage to the guy, though it must be said he has risen above it wonderfully.

Wheaton did not appear in any TNG films, but that’s okay, he had a fairly successful film career after TNG anyway, with Toy Soldiers being the standout. After Trek he moved to Kansas to work at a tech firm, being the spokesperson for the Video Toaster 4000, an add-on card for the old Amiga PC, and his time away from LA calmed him, allowed him to get over many of the hardships he faced on the West coast. He returned to LA in the mid-nineties and began taking acting classes. In the late nineties and early 2000s, he made a name for himself in independent films.

Throughout all this time Wil Wheaton has been very active online, going as far back as the old Usenet days. He is well known for his long-running culture blog, being a huge nerd in real life, he focused on his life, gaming and science fiction. Wil makes numerous appearances at conventions and is well known for playing Dungeons and Dragons on a variety of stages. What brought him back into my orbit was his role in the late 2000s web series The Guild.

The Guild was created by Felicia Day, based on her own experiences as an MMO addict. Wheaton joined the cast for the third season and was a major character for the remainder of the show’s run. He played a villain, and it really showed off his comedic chops. It is likely as a result of his performance in The Guild that he was cast in The Big Bang Theory years later, with a very similar performance. This first collaboration with Felicia Day would prove to be a lucrative one, as it is through her that he began working with Geek and Sundry.

He hosts Tabletop, and it is one of my favorite online shows. He plays tabletop boardgames with a variety of guests, including some big-name stars, showcasing the gameplay and riffing with each other. It looks great, it sounds great, and it is a hell of a lot of fun to watch. The show is still running, and it further reformed Wil Wheaton’s career online. It even led to an RPG campaign hosted by Wil, Titansgrave, which was very well received.

What is Wil Wheaton doing now in 2018 – Recent Updates

Wil Wheaton is not only an actor and presenter. He is a writer as well, and over the years has amassed a large following online, on his blog Wil Wheaton Dot Net. It’s full of interesting articles and well worth looking up. He updates regularly, and will likely continue to do so for years to come. He will continue to work with Geek And Sundry, Tabletop is still going strong and is likely to be renewed for another season, though whether we will see another Kickstarter is neither here nor there.

He is also recording narration for a number of books, including his own written works. He continues to lend his voice to a number of animated shows, in both minor roles and main ones, with the most recent being a Stretch Armstrong cartoon. It’s not great, a far cry from his Teen Titans days. It seems likely that Titansgrave is done, no new seasons. I have already mentioned that Wheaton is an avid writer, and he has written fiction in the past. I think it is a safe assumption that he will continue to do so, and probably create his own production house in the near future.