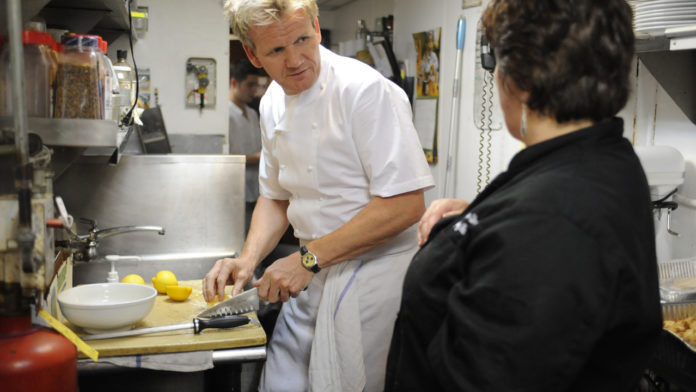 Based in Ridgewood, New Jersey and owned by the primary chef, Paul Bazzini, Bazzini is a failing restaurant with a great deal of stress among the staff, between Paul and his wife/partner, and of course the customers. Despite being in a very affluent area, being open for five years, and is owned by a Manhattan-raised, award-winning chef, it’s clear Chef Ramsay needs to help out Bazzini as it’s only a few months from shuttering its doors forever.

Chef Ramsay walks around the block and finds over 60 restaurants nearby, but when he finds Bazzini’s, he discovers it’s only open from 5 pm to 9 pm and gets a call some hours later when Paul shows up to see the note Ramsay left him. The introductions are cordial, but the décor and the restaurant, on the whole, is quite minuscule, which means a potential problem is being speedy, as they must need to flip tables quickly in those 4 hours to even attempt at making a profit.

While Paul is making food, Gordon inspects the plates, tables, and décor and is not impressed. In the kitchen, Paul is trying to make a general sampler of everything he can manage. Fettucini Pesto and a Chicken Milanese are the first offerings, with the first being cold and bland, and the second being overly garnished, way overcooked, and appearing to be drier than toast. When it’s returned, Paul wants to go home and just forget about the entire ordeal. In the meanwhile, Paul’s wife, Leslie, shows up and greets Gordon very warmly. The next dish up is the mushroom risotto, which looks cemented to the plate, and appears to taste like adhesive. Paul likewise doesn’t take this well but serves out some almond crusted tilapia with jasmine rice. The rice is solid, and the fish is mushy and greasy. Lastly, desserts are offered by their pastry chef, Sharyn, who has cheesecake and carrot cake on hand. Both look wonderful in comparison, and Sharyn is more than a little nervous. She comes out to meet him only to get praised for how wonderful it is and even asks for the recipe.

After the meal, he meets with both chefs and has only praise for Sharyn. For Paul, however, it’s all bad news. Paul tries to take the criticism with grace but falters when being told he overcooks everything. Gordon then says he’ll be back for dinner service and the staff state that he’s basically dead in the water compared to who he used to be. By time dinner service rolls around, Ramsay notices the kitchen is downright tiny, which makes it all the funnier when Sharyn not-so-subtly hits on him. What isn’t funny is that the crabcakes are surely being overcooked as they are more or less twice cooked. It turns out these were prepped the day before which definitely affects the quality. This is noticed by the customers who don’t tolerate their food being burned too well. Within an hour, only some food has met the customers, but almost all of it has been returned. Most of the food sits on the passing table in excess of 10 minutes, which makes the odds of return all the higher as the food is then cold.

During the dinner service, Sharyn and Paul snap at each other as Paul keeps a game of “hurry up and wait” which is driving everyone else nuts. The wait staff report this is the single worst dinner service they’ve ever had, and Ramsay calls a stop to the service. Leslie is quite angry with Paul, as he refuses to see some of the problems, and Ramsay meets with him after dinner to ask why he hates cooking. Chef Ramsay is nearly in tears from the frustration he feels by seeing Paul Bazzini work without passion, and Paul admits he can’t even look at his kids and wife with the amount of shame he feels over this. Ramsay tries to encourage Paul by saying they’ll work together on this, and the night ends on a worried, but hopeful note.

The next morning, Ramsay has a task set up for Paul to help pump him up. The task is he has 15 minutes to make a great pasta dish, which he starts with some homemade pasta. Paul seems to latch onto this idea, as he is able to zone out and get into the rhythm of cooking. What he brings out looks orders of magnitude better than anything on his menu, and when it comes to taste and texture, it certainly makes the cut. When talking about pasta, Paul actually sounds enthusiastic about the artistic aspects of food, something that’s basically coming from someone we’ve yet to meet on screen. After this, Chef Ramsay opens Bazzini for lunch service and then tells Paul about the plan. It’s based on a few pasta specials, and a few good salads, with Chef Ramsay working Sous Chef.

The lunch service appears to gain some attention, and the kitchen is nothing short of being fired up. The service side is a little wobbly, though. Overall, the objective of getting Paul back on his feet was a massive success, and the customers for the first time in a while are getting served quickly, with fresh high-quality food. Also shown for the first time in a while was Paul outright grinning about the results. 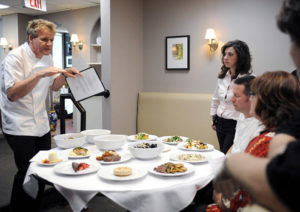 After this success, Ramsay orders a renovation of Bazzini, inside and out. It looks much more elegant and modern and is sure to stand out against the 5 dozen other food joints in the area. Leslie breaks into tears and Paul is again all smiles about how wonderful things look. He, as usual also changes up the menu from 27 to 15 items, with higher quality items and focusing on fresh pasta. The desserts are still on the table as Sharyn had nothing to improve on and make for another bit of faux flirting between Gordon and Sharyn. The relaunch night features mayors, athletic directors and other high-class clientele as a means to really put Bazzini on the map. Paul’s attitude, despite the pressure, has improved significantly. There are a few errors to start off with, which makes Paul shaky quite quickly. By 45 minutes, no one has been served yet. Ramsay tries to fire up Paul and the kitchen again, but everyone is worried that he’s gone. To make matters worse, Al, the sous chef, bails mid-service. The rest of the crew jumps in and helps as they can, including Ramsay, and Sharyn gets promoted to Sous Chef on the spot. When the food makes it out, the customers are overjoyed at the quality, and the night is a win, clutched just out of the jaws of a massive defeat. Ramsay isn’t convinced Paul can lead into the future, but Paul is determined. But was this night enough to last Bazzini until 2017, and prove Ramsay wrong? Let’s find out. 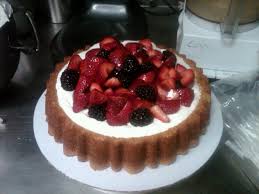 As of 2017, Banzzini has long been closed. Despite Paul hiring another Sous chef, and there being an uptick in sales, ultimately Sharyn (the pastry chef) would go on to make her own dessert shop instead. The shop is called Simply Homemade Desserts, and while the Facebook page was active as of November, the official website of the same name appears to be down, which could be seen as a troubling sign for the Wyckoff, New Jersey location. That being said, the quality appears to be outstanding which is always good news, so while Bazzini did not work out in the end, at least something good did come of it.