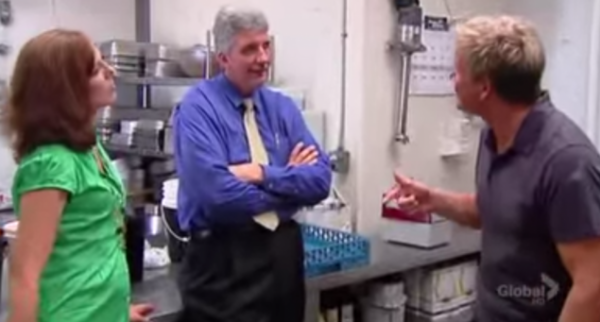 Owned by husband and wife couple Andy and Suzette in Miami, Florida, Fleming used to be a culinary crown jewel of the city during the 80’s. As time marched on, however, both the clientele and Fleming have remained the same, with the former slowly dying out and the latter as a result suffering a slow death of its own. This certainly wasn’t helped that the original owners (not Andy or Suzette) didn’t find buyers who knew of Danish food and instead hired a Cuban chef who has no interest in keeping things traditional. With little hope, little money, and little flavor will Chef Ramsay save the restaurant before it goes under?

Chef Ramsay comes in expecting to see Danish immigrants who have started a restaurant as part of their American dream, and is instead greeted by Andy and Suzette, who are not only not immigrants, they certainly don’t speak the language either. The owners explain they took over the joint and don’t plan on making any changes, thus are keeping things “truly Danish”. One of the first oddities he finds is that near the bathroom, desserts are displayed for customers to pick out, a very old-fashioned idea. When sitting down he is met with yet another, a small fresh veggie plate, which is brought to him by a waitress who worked for the previous owner. She explains that the staff is the only things that changed there were the employees.

Ramsay then orders a sampler of all the Danish dishes prepared by the Cuban chef, Orlando. Orlando in the meanwhile explains that he knows little of Danish food and is more into the idea of creating a “party in your mouth”. Chef Ramsay is then served Salmon Gravlax, which tasted odd and there was a dead fly on the plate. Next up is a Frikadelle, which looks like some sort of meatloaf-esque dish. It’s clear he despises it as it has no flavor. What he does fall in love with is an aluminum foil swan which is used to present other customers with dessert, and he asks to learn how to make them much like a child asking how to do origami. The next bird on his table, some duck, appears to have been cooked days ago.

A quick tour of the décor gets some of the flavors out of his mouth, or at least enough to confront the chef. It appears that the errors are due to the owner’s inability to adapt and the chef’s inability to cook. The show then transitions to the start of dinner service, which is given extra stress as a result of Chef Ramsay’s celebrity appearance bringing in a huge crowd. Within half an hour, food is making it to the tables, but are making a quick flight back in as the food is too bland. It seems the entire customer base is disappointed with results, as everything from flavor to texture is off. This frustrates both Orlando and Chef Ramsay, with the former looking like he’s about to murder someone. The latter then moves into the fridges and storage, finding plenty of issues including rotting meat, making Orlando gag in the process. Ramsay leaves the kitchen at great speed to remove duck from under customer’s forks and orders the staff to stop serving. This causes Andy to get into a tussle with Ramsay, and he gives Andy an ultimatum: Shut down the kitchen or he’s out.

Afterwards, Suzette and Ramsay meet about what happened in Flemings, including Andy’s aloof demeanor. It’s clear that help will be hard to provide unless everyone is invested in it. Gordon expresses his doubts as the night ends, unsure of if Flemings can manage.

The next day, Gordon talks to native Miami folks and hears that before, it was a fantastic spot, but with new owners, the place has gone downhill. If there is enough change, there’s bound to be sufficient foot traffic to keep the doors open, but that’s a bit of a longshot if the owner is averse to the idea. In a group meeting, Ramsay tells the staff and owners that Fleming is no longer popular. He asks Orlando to speak first, who says we need a new menu and new food. Another staff member states that Andy is afraid to fail and won’t try anything, which will only ensure it. Suzanne agrees that change is needed and likewise blames Andy. He responds that he was afraid to alienate his current customers. Ramsay states that only a dramatic change can fix this restaurant, and he agrees.

Changes are coming quick the following hours, making sure the staff can have some lateral movement on the menu and allows them to explore the pantry and come up with a few new menu items like a seared tuna. With a new Miami trendiness in the back, the service side is excited to see what else can be cooked up. By day 3, a renovation has been made. Long gone are the tacky antiques and pink hues and instead, a cleaner appearance shows, much more modern than the original. The new skin brings workers and owners alike to tears at how amazing the transformation is. Just outside, a swimsuit fashion show is placed to get some attention to Flemings, ending with Andy looking quite spruced up and surprising his wife.

Before opening for relaunch service, the staff gets a taste of the new menu and the new owner. Andy shows control, adaption, and confidence, which everyone loves to see. As a special guest, members of the Miami Heat show up which is great PR. Unfortunately, this PR nearly goes to waste as the Chef goes wild on a few items, including mixed up salads. This tries the customers and servers patience as no proper salads show within half an hour. It doesn’t help that there’s a fire that occurs in the kitchen after the range begins to malfunction. Ramsay literally puts the fire out in the kitchen, just to metaphorically set a fire under the kitchen staff to form a rebound. Despite the initial drop in interest, customers end up quite happy with their meals once they arrive, and once the dessert trolley arrives, the party really gets going. After the night, despite some severe challenges, there was an overall air of success. After the fire situation, Ramsay sees fit to give the kitchen an upgrade to a Vulcan kitchen which is much less likely to burn down the house. Chef Ramsay leaves Flemings much different than how he found it; With a new menu, a revitalized staff, and basically a new restaurant, the future looks bright. But does Fleming end up being a success? Let’s find out.

Fleming in 2017- The After Kitchen Nightmares Update 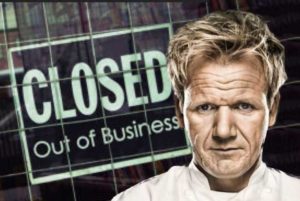 As of 2017, Fleming has unfortunately closed. In fact, this nominally Danish restaurant closed as of October 2010. This was on the heels of very few reviews, especially on Yelp which only had 5 of them for a total average score of around 2.5. If it is any consolation to the owners, it appears the last rating was a very positive 4/5, which is at the very least ending on a high note.