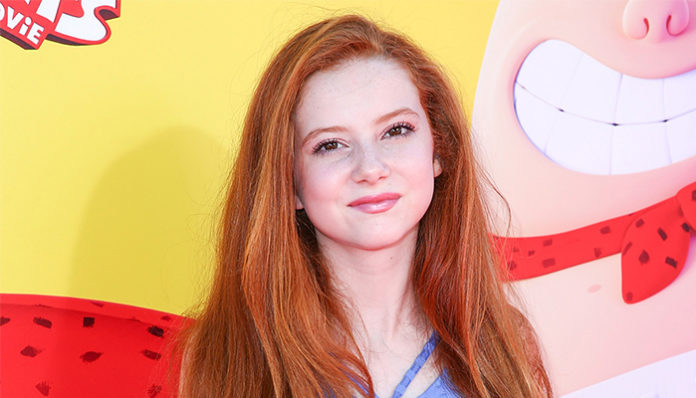 A child actress, Francesca Capaldi is perhaps best known for playing Chloe James in the Disney sitcom, Dog with a Blog. Prior to landing said lead role, she made her television debut in the comedy series, A.N.T. Farm in 2011.

Besides television, the teen has also appeared in a few films. In 2012, she made her big-screen debut in the movie, 3 Day Test. Since then, she has also taken part in The Dog Who Saved Summer, The Peanuts Movie, and Max 2: White House Hero.

At the age of seven, Capaldi appeared on television for the first time in the Disney Channel series, A.N.T. Farm. Despite having only appeared in one episode, her performance ultimately led her to receive a Young Artist Award nomination for Best Guest Young Actress Ten and Under.

With that said, it wasn’t until 2012 that she rose to fame as Chloe James, one of the main protagonists in the sitcom, Dog with a Blog. Premiered that fall, the show centered around a family and their talking dog, Stan. Capaldi’s first time starring in a series, her co-stars included G Hannelius, Blake Michael, Beth Littleford, and Regan Burns.

Despite mixed reviews from critics, Dog with a Blog performed exceptionally well on the network, having drawn in 4.5 million viewers during its series premiere. In fact, it later received three consecutive Emmy Award nominations for Outstanding Children’s Program from 2014 to 2016.

Since it wrapped up in 2015, the young star has appeared in a couple of other shows including Mack & Moxy, and Whisker Haven Tales with the Palace Pets. According to IMDb, she will also be starring in an upcoming TV film titled, Gwen’s World of Weird later this year.

As far as feature films go, she had also lent her voice to Frieda in The Peanuts Movie in 2015. Since then, she has also starred in the movie, Max 2: White House Hero. 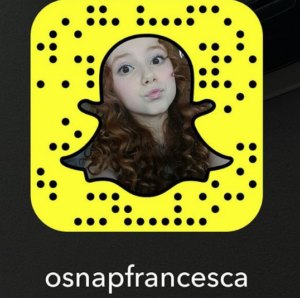 Want to add the Disney star to your Snapchat? You can do so by clicking here.

Though it only has a handful of videos, you can visit her official Youtube channel here.