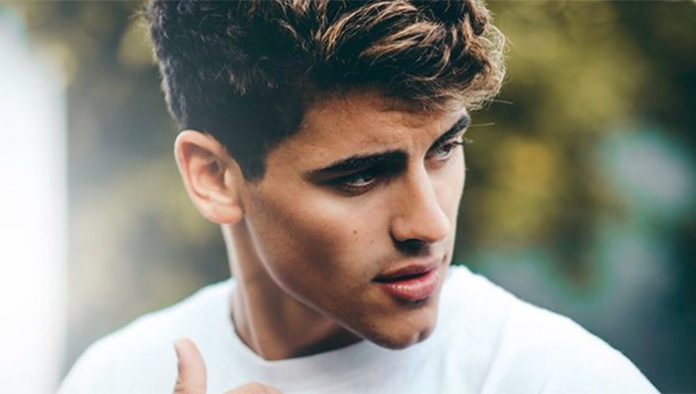 A pop singer, Jack Gilinsky rose to fame as one half of the popular duo, Jack & Jack. Hailing from Nebraska, he originally gained an audience on Vine in the early 2010’s, where he had amassed well over one million followers. One of his most popular six-second clips included Eric and Winston: The Nerd Vandals, which quickly went viral upon being uploaded online.

In 2015, Jack & Jack made their music debut with the EP, Calibraska. Well received, it set the stage for their subsequent releases, some of which included Wild Life, California, Beg, Like That, and 2 Cigarettes. Most recently, the duo released their second album, Gone, in the summer of 2017. Incredibly popular, the pair has gained over 1.6 million subscribers (and counting) on their official Youtube channel. To date, their most successful video, the MV for Like That, has generated over 39.6 million views.

How lucrative has their music career been so far, considering their solid fan base? How rich is Jack Gilinsky? According to online sites, the 21-year-old currently has an estimated net worth of $1.5 million. Where did he earn most of this wealth from? What are his biggest money-makers? Let’s take a closer look at some of these questions below.

How did Jack Gilinsky’s Make His Money & Wealth?

Born on September 10, 1996, in Omaha, Nebraska, Jack Gilinsky has been best friends with Jack Johnson since kindergarten. With that said, they originally rose to fame separately on Vine in 2013- it wasn’t until later on that they decided to form a music duo. During his Vine career, his most popular six-second clip, Eric and Winston: The Nerd Vandals pulled in over a million views.

In 2015, the pair released their debut EP, Calibraska. Their first effort together, it contained four tracks, Wrong One, California, Shallow Love, and How We Livin’. With the help of social media, the album quickly gained traction online.

Some of the other singles that they’ve released over the years include Like That, Beg, Roll ‘Em Up, Wild Life, and Bucket List.

Obviously, they would have earned a decent amount from the records. On top of that, however, it’s assumed that they also have a steady stream of revenue coming in from their Youtube channel. Launched in 2013, they have amassed over 1.6 million subscribers with more than 163 million views over the past few years. Currently, their most popular upload to date, Like That, has been viewed nearly 40 million times on the site.

On top of all that, there’s also what they make of going on tour. Since their debut, they’ve put on numerous public appearances; for instance, they embarked on the Jack & Jack Summer Tour in 2015, which saw them performing various different locations across the country. In 2014, they had also headlined the digit our, shortly after completing high school.

As far as we can tell, Jack Gilinsky is currently in a relationship with Madison Beer.

Does Jack Gilinsky Have Any Children?

No, Jack Gilinsky does not have any children.

Did Jack Gilinsky Go to College?

No, he did not go to college. Instead, he had opted to pursue a music career following his graduation.

What is Jack Gilinsky Famous For?

Jack Gilinsky currently resides in Los Angeles, California. Further information on his house is unavailable at this time.

What Kind of Car Does Jack Gilinsky Drive?

Information on Jack Gilinsky’s vehicle is unavailable at this time.

How Much Money Did Jack Gilinsky Earn Last Year?

At this time, we do not have any information on Jack Gilinsky’s 2017 earnings.

With his partner in crime, he recently released the extended play, Gone, on May 26, 2017. Some highlights from the playlist include Hurt People, Last Thing, 2 Cigarettes, and Distraction, to name a few. For now, it’s unclear when they will be releasing a third album.

If you’d like to follow the singer on social media, you can find him on Twitter at @JackGilinsky or on Instagram at @JackGilinsky. Alternatively, you can visit Jack & Jack’s official Facebook page at @OfficialJackandJack, where they’ve already got themselves over a million fans.