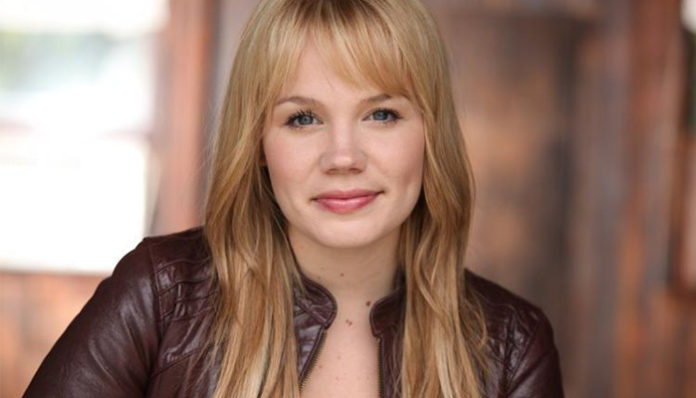 A Youtube personality, Lisa Schwartz has been making videos as early as 2007. Hailing from California, her channel currently consists of a variety of videos from regular vlogs to product reviews. Incredibly popular with her own dedicated fanbase, she has received over 418 million views across her account, with 2.2 million subscribers to date.

Aside from her successful Youtube career, Schwartz is also involved with acting. In fact, she already has more than 30 credits to her name as an actress! Since her debut in the TV film, My Profile Story (2009) nearly ten years ago, she has appeared in several other titles including Aimless (2012), Photobomb (2014), This Isn’t Working (2016), Emo Dad (2016), and Cassandra French’s Finishing School (2016).

As if that wasn’t impressive enough, she has also been providing the voice of Talking Angela in the animated web series, Talking Tom and Friends since 2016, which recently wrapped up its second season in December 2017.

How much has she earned from her various projects? According to sources, Lisa Schwartz currently has an estimated net worth of $2 million. Where did the bulk of her wealth come from- is it her Youtube career? Acting career? Hopefully, we’ll be able to answer these questions for you below.

How did Lisa Schwartz Make Her Money & Wealth?

Born on April 4, 1983, in Tarzana, California, Lisa Schwartz has been interested in acting ever since she took part in the children’s play, Peter Pan as a young girl. After completing college, she moved back home briefly, before tensions in the family led her to pursue a new start in Los Angeles. Ultimately, it was during an audition for a comedy show that she came up with the idea of creating a Youtube channel.

Her Youtube channel was subsequently launched in 2007. With that said, it wasn’t until 2009 that she started to upload videos- mainly vlogs, comedy skits, and sketches, on a more regular basis, which led her following to grow. At the time of this writing, Schwartz’s has accumulated over 2.2 million subscribers with more than 418 million views. As of early 2018, her most popular video, a parody of Taylor Swift’s Shake It Off, has been viewed close to 20 million times!

How much does the blonde earn from her Youtube channel? According to sources, her videos generate up to $300 of revenue per day, purely from ads. This works out to approximately $110,000 per year.

On top of what she brings home from her Youtube channel, there’s also, of course, her acting career. Since the late 2000’s, the blonde has appeared in several series and short films including Disappear Here (2011), TV Guide Letter Theatre (2011), Aimless (2012), A God Named Pablo (2013), Photobomb (2014), and This Isn’t Working (2016), among many others. If anything, her television presence has only continued to grow over the past few years.

Aside from the live action, she has also provided the voice for many characters in the animated web series, Talking Tom and Friends, which premiered in 2016.

In terms of upcoming titles, it has been announced that she will be taking part in the 2018 TV movie, Captain Karl’s Institute for the Abnormally Bizzare.

Currently, the Youtube star is in a relationship with Mark Jaeger. In the past, she had been romantically involved with Shane Dawson.

Does Lisa Schwartz Have Any Children?

No, she does not have any children. With that said, it was recently revealed in a video that she is acting as a surrogate mother for a couple.

Did Lisa Schwartz Go to College?

Yes, she did go to college.

What is Lisa Schwartz Famous For?

Lisa Schwartz is best known for her Youtube channel, on which she currently has over 2.2 million subscribers. Aside from her online career, she’s also made a name for herself as an actress, with more than two dozen credits to her name.

At this time, we do not have any information on Lisa Schwartz’s residence, nor do we have any pictures of her home to share at this time.

What Kind of Car Does Lisa Schwartz Drive?

We do not have any information on Lisa Schwartz’s car.

How Much Money Did Lisa Schwartz Earn Last Year?

At this time, we do not have any information on Lisa Schwartz’s 2017 earnings.

Last year, the blonde appeared in several TV series including Cassandra French’s Finishing School, Bachelor Insider: Will You Accept This Ride?, and Talking Tom and Friends.