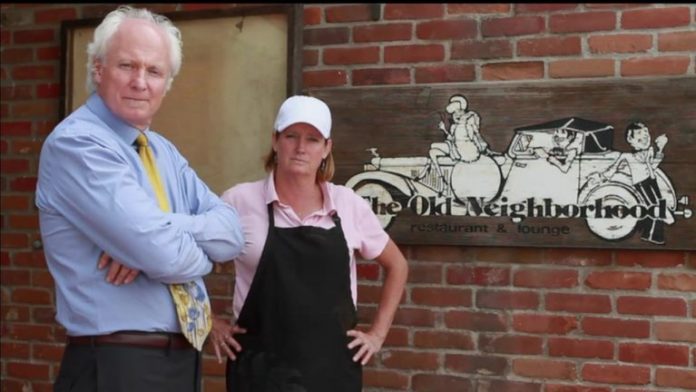 Based in Arvada, Colorado and opened 33 years ago, by the time of filming, it’s sad to say that Old Neighborhood shows every year. Alexa and Randy were waiters when they met, and bought the restaurant out of college 25 years ago, and of that, around 13 years have been in the red, with the last few months being all the redder. This isn’t helped by having a peculiar and diverse menu, which while it sounds good, can be a problem for suppliers and using stock in terms of ingredients and skill. Furniture in Old Neighborhood is old enough that it breaks on a regular basis. Speaking of breaking, the $320,000 the owners owe is about to break the Old Neighborhood restaurant and the relationship that was built before it. Can Chef Ramsay save the day before it’s too late? Let’s take a look.

Upon walking in, Chef Ramsay meets a mannequin which is an odd feature, including rotating outfits and complimenting a very spastic décor. After this, Ramsay meets both Randy and Alexa, which shows they are a bit eccentric. When discussing the menu, there’s clear confusion as to when it rotates, anywhere between never and about once a year. In regards to the décor, it’s clear Alexa has her mannequin, and Randy has a great deal of junk which dates the dining room significantly. When sitting down to grab a menu, a waitress encourages him to smell the booths, which smell of body order. The wheeled chairs are also a point of comedy as Chef Ramsay rolls about the room.

When getting around to the menu, Ramsay is assaulted by flies while reading a lunch menu that is confused, to say the least. He orders the Yucatan Sea Scallops, some New Orleans Shrimp and a daily special. Before the shrimp comes out, he meets the couple’s son who agrees the décor needs a change. As the shrimp dish does make it to the table, Alexa mentions she will be insulted if none of her food is liked, and starting out, there’s a good chance it won’t be. The shrimp appear to be in a barbeque cream sauce of some sort, which makes the whole thing inedible. When presented the special, a salmon dish, it is made with a heavy cream dill sauce. While not appearing atrocious on the plate, it’s frozen and dry. When faced with criticism, both owners are a bit defensive, and while waiting for his next dish, Ramsay notices some messed up wallpaper. The Yucatan Scallops come out and looks sickly. Ramsay asks why it’s called Yucatan, which is answered with uncertainty. The couple comes together to rebuff Ramsay’s criticisms, which seemed well founded. 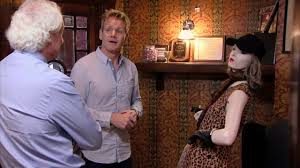 After the tasting, Ramsay holds a staff-wide meeting, where he digs into the cooking skills. Alexa tries to defend her pride and it’s clear from the bland dishes and worn interior, she may need to find what she was trying to defend. Alexa shrugs off the criticism and gets her staff ready for dinner service. When it does roll around, a large crowd shows and Ramsay quickly inspects the front of room seating which has debris from Christmas still in it and finds out the seats haven’t been cleaned in years. Randy apparently fails to see many problems with this, but as Ramsay continues to inspect the place, things only get worse with crusty shoes, rat droppings, and a kitchen that is unsanitary. The couple’s son openly admits they have dropped standards significantly before Ramsay walks around more to find old equipment that no longer works including a 1950’s ice cream machine, showing Randy’s hoarder tendencies. Looking into the cleaning room, there are dead rats within it.

Regarding the food, there’s a significant lack of standards in terms of both cooking and ingredients. When walking into the coolers, there are enough violations for a health inspector to have a heart attack. This includes cooked/raw contamination, mold, exposed food, old food, grime, and debris of food everywhere. When asked when the last time the area was cleaned, it was apparently “within the week” which is probably a lie. Randy tries to get defensive and says he still serves the food, to which Ramsay tells a waiter to shut down service immediately.

Ramsay confronts the pair about why they don’t care, and they try to explain that Randy had been cleaning for 5 days, ending up throwing out his clothes in the process, which sends Ramsay reeling out the door. He then openly admits he is unsure about what he should do, and that maybe this place shouldn’t be open. The owners beg for help, and as a result, the team stays overnight to clean every inch of Old Neighborhood, even throwing away the trays as they were too dirty.

The next morning, the cleaning appears to have worked out in the kitchen, and Ramsay then begins decluttering the dining room. He then takes Randy around the corner of the restaurant to have him put the things into either a storage or destruction truck. Having the staff handle it, Randy is then forced to press to compactor button, which is a huge relief to everyone. The last item, the mannequin, was the one item that Randy did throw out. After the event, Randy appears to have been better for it. Then, Ramsay takes everyone into the kitchen to show new equipment to the tune of $60,000, which amazes everyone.

Over the next night, a whole revamp of the Old Neighborhood is done, which brings it into the 21st century, full of stain resistant materials and coordinated décor. A new POS system is also installed, and a new menu (with 1/5th the choices) is also made. On relaunch night, Ramsay notices that Alexa needs to learn how to delegate, which ends up being a key change in the kitchen. Even from early on, the food comes out at a much higher quality than the Old Neighborhood had ever seen before. In the meeting after dinner, Ramsay compliments Alexa ability to command and work in the kitchen and teasingly reminds them to keep the Old Neighborhood clean. After the relaunch, business picked up significantly and Randy’s hoarding practices have stayed out of the Old Neighborhood. Have these changes stayed into the present day? Is the Old Neighborhood still around in 2018? Let’s find out.

Old Neighborhood Now in 2018 – The After Kitchen Nightmares Update 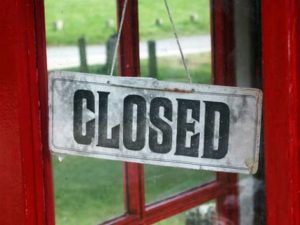 Despite lasting quite sometime after the premiere of their episode on Kitchen Nightmares it appears that the success of Old Neighborhood has subsided. As of May 2016, Old Neighborhood closed down, having been sold and turned into The Butchery, a steakhouse with a 4.2 average rating and 124 reviews. This is a massive improvement over Old Neighbor in terms of Yelp reviews, receiving only 50 ratings at a 3-star average. If there’s a 2018 season of Kitchen Nightmares, it’s very unlikely we will see who took over the Old Neighborhood on it.