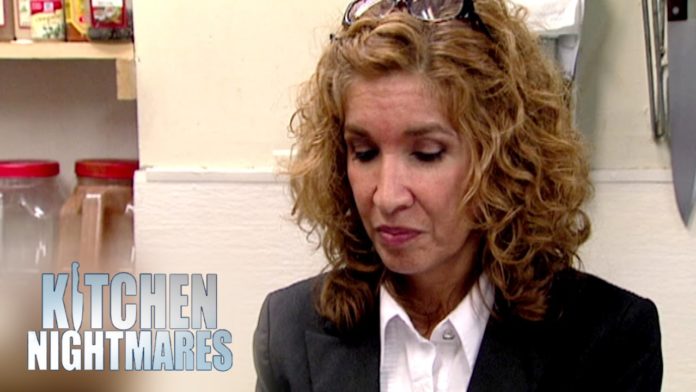 Owned by husband and wife couple, Greg and Mary, Zocalo is located in Philadelphia, Pennsylvania. Previously, the couple used to work in a restaurant as a bartender and tortilla maker and bought the location in 2008. At the time of the episode airing, Mary works around 3 days a week while Greg spends most of his time in the kitchen, which is mostly due to relationship conflicts. The staff has a number of complaints against Mary for being either lazy or rude, and Greg seems more or less on auto-pilot. Their child, Ana who also works at Zocalo also sees the potential ruin of her parent’s relationship if Zocalo fails. Can Chef Ramsay come in and save Zocalo and this marriage before it’s too late? Let’s find out.

Introductions start off cordial enough with a quick analysis of the décor, which is surprisingly positive. Greg makes a bit of a joke in that he is nervous about Ramsay’s criticisms, but also says “Have you met my wife?”. For the couple, this restaurant has been their life and as focal a point for the family as many would consider their homes. In terms of business, Zocalo is struggling financially with less than $1,000 a day in sales. For the schedule, it seems Greg has a stacked day, running at around 18 hours per, with barely a day off. Mary, on the other hand, tends to not be around as much, which has caused conflict. In terms of debt, the couple is facing around $750,000 which is enough to destroy their lives.

Ramsay now takes a quick sampling of the food from the huge menu, whose prices are likewise large (think $23 for a burrito with appropriate sides). Things kick off to a bad start when the waitress admits she doesn’t eat the food here, as she can’t afford it. The Queso Fundido appears so greasy it could be used to lubricate a car and is a microwaved. The Chile Relleno is spongy and so bad Chef Ramsay won’t even try it despite being quite hungry. The Conchita is wholly unseasoned and is sent back to the kitchen. Mary claims she makes better dishes but has no want to go into the kitchen to prove it, as it is too slippery and too hot. Overall, there’s a trend of a lack of seasoning and flavor, and most of the meat is far too dry. Greg is able to admit he’s not a star chef but tries to stand by his performance as solid, but as Gordon enters the kitchen, any argument he has falls apart. Greg does agree with the fact that the prices are too high, and there’s a bit of conflict as Gordon noticed Mary said Greg changed the price, where Greg claims the other way around.

When dinner service rolls around, Ramsay looks prepared to see a disaster in action. The kitchen is certainly playing the part, as most of the equipment is shoddy and broken. Very quickly, the kitchen gets overwhelmed by orders as Greg is trying to do everything himself. Mary is not helping a bit by patronizing Greg on behalf of the customers. By the time the food does arrive though, most of the food is sent back due to poor quality. Greg manages to finish dinner service, though is clearly exhausted. Gordon takes him aside after and tries to help him out. He notes it’s clear that Mary is nagging him without any real support. In an unprecedented move, Ramsay moves the camera crew out to talk to Greg to talk relationships. It’s clear Mary and Greg are hanging by a thread, which has been a noose around Greg as he’s working himself to death to try and make things work. 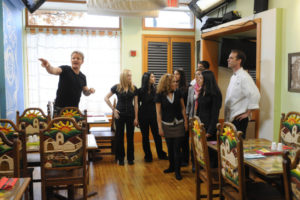 The next morning, Chef Ramsay the owners for a little sit-down. He meets Greg privately and sets him up to a private monitor so Ramsay can show him Mary and his daughters speaking of him. His daughter states he shuts down, and the relationship is hard, to the point where he is no longer happy. His daughters state without him, Mary wouldn’t be able to handle Zocalo, even for a short time. Ramsay states he needs Greg to be supported more. Mary isn’t willing to help, as she is out for herself. He outright asks if the love is the same, and she states she doesn’t feel the same way she used to. When asked if she still loves him, she falters. Ultimately, she says she does love him a lot and begins to break down a bit. All three of the women realize they need to help Greg support all of them as he walks in. Greg admits he thought he needed to be the sole worker for the family and it’d be tough to ask for help, but they agree to work together to make things better.

After this meeting, Gordon presents the family with a new oven and ranges, which should help their operations immensely. The following morning, a new menu is also presented, which is cheaper in terms of prices, but arguably much higher quality and will bring in much more traffic. As an added bonus, the family gets a high tech POS system which can coordinate with the server, to the sales, to the kitchen without a hitch. To help with the stress on Greg, he also sets up an internship program with Drexel University to cycle students through and educate them while getting Greg some line chefs.

The relaunch starts with new tech, new faces, and new hope for Tocalo and the relationship. Greg tries his hand at leadership but is interrupted by Mary who keeps yelling at Greg and contradicting orders. This causes the kitchen to break down and Mary to get hyper-aggressive with Greg and the staff. Ramsay grabs Mary out of the kitchen and gets her head back on straight and she gets back into the groove with Greg. Mere moments after, the delay is removed and the kitchen is on track to not only serving food on time but serving great food at that. Both Greg and Mary feel great about the service after the first hour. By the end of the episode, Greg feels supported, Mary shows her skill, and Zocalo, on the whole, shows a potential for success. But does this mean they can last until 2017? Let’s find out. 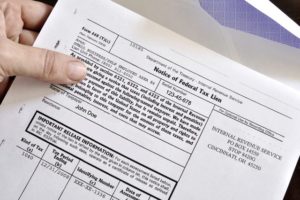 After the Kitchen Nightmares episode, things seemed to be looking up. According to most reports, sales were up, the processes behind the line more were refined, the prices were dropped and students were allowed chances of getting a real hands-on education. However, in January 2013, it so happened that Zocalo did not reopen after a holiday season vacation. After several months of confusion, it seems the Zocalo was shut down due to $40,000 of tax debt to the city of Philadelphia, $28,000 of the same to the Federal Government, and an additional $39,000 in undisclosed expenses regarding a ruling against Greg. These outside influences, plus the normal debts of doing business probably sunk Zocalo long before there was any hope of rescuing it.