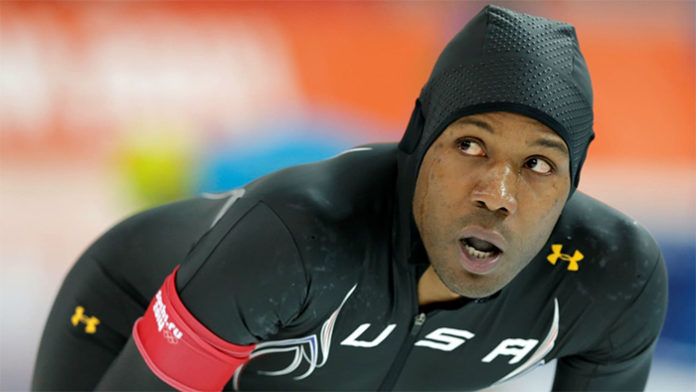 An American speed skater, Shani Davis has won numerous medals throughout his career so far. Perhaps his most notable achievement of all, however, is the gold medal that he won at the 2006 Winter Olympics in Turin. With that, he became the first black athlete to achieve such a feat in an individual event at the Olympic Games.

Since then, he has continued his winning streak at a number of competitions- for instance, he also received the gold medal for the 1000m event at the 2010 Winter Olympics in Vancouver. Speaking of which, Davis is currently representing the United States at the 2018 Winter Games in PyeongChang, South Korea.

Considering his status as an athlete, how much has he managed to bank over the years? How lucrative has his speed skating career been? How well off is he? From our research, Shani Davis’ net worth is currently hovering around the $2 million mark. How did this fortune of his come about? Endorsements? Prize money? We’ll be trying to find the answer to those questions below.

How did Meryl Shani Davis His Money & Wealth?

Born on August 13, 1982, in Chicago, Illinois, Shani Davis started skating at the age of six. As it’d happened, his mother had worked for a speed skating official at the time; under his suggestion, she had decided to enroll him in a nearby rink. Wanting him to reach his maximum potential, she often woke him up early in the morning for a run.

By the time he was sixteen, his talents led him to be invited to a development program for young speed skaters. Ultimately, it was there that he decided to one day compete at the Olympics. With that, he furthered his training in Marquette, Michigan.

In 2003, he began competing in the men’s speed skating division. Though he managed to win the North American Long Track Champion title, however, his inexperience led him to finish 16th overall at the subsequent World Championships in Sweden.

More determined than ever to succeed, he continued to pour many hours into his training. Finally, his hard work paid off; he successfully set three world records in 2005, at the World Championship Qualifiers, World Championships, and World Cup later that year.

With his win at the Fall World Cup events, Davis had managed to earn a coveted spot on the US Olympic Team for the 1000m, 1500m, and 5000m events. Proving himself to be a worthy contender at the 2006 Winter Olympics, he later won the gold medal in the 1000m segment.

Since then, Davis has gone on to win several other competitions such as the World Single Distance Championships and World Sprint Championships. Of course, he would have earned himself a decent amount of prize money for each gold medal (details on the exact amount are unknown). Considering his status, it wouldn’t be too surprising if he were to also have various endorsements deals.

Later this month, Davis will be participating in his third Winter Olympic Games in PyeongChang, South Korea.

As far as we know, the speed skater is currently single and not married.

Does Shani Davis Have Any Children?

From what we can tell, Shani Davis does not have any children.

Did Shani Davis Go to College?

As of 2010, he was attending classes at Northern Michigan University.

What is Shani Davis Famous For?

Shani Davis is perhaps best known for being the first African-American athlete to win gold in an individual event at the Winter Olympic Games (a feat that he did back in 2006).

Shani Davis currently resides in Chicago, Illinois. Photos of his home are unavailable at this time.

What Kind of Vehicle Does Shani Davis Drive?

Information on Shani Davis’s vehicle is unavailable at this time.

How Much Money Did Shani Davis Make Last Year?

As mentioned previously, Shani Davis will once again be representing the U.S. at the 2018 Winter Olympics. Prior to the opening ceremony, however, he had expressed his displeasure with the process of choosing the flag bearer on Twitter.

Want to support the speed skater on social media? If so, be sure to follow Shani Davis online- you can find him on Twitter at @ShaniDavis or on Instagram at @ShaniDavis. As far as we can tell, he currently does not have a fan page on Facebook.