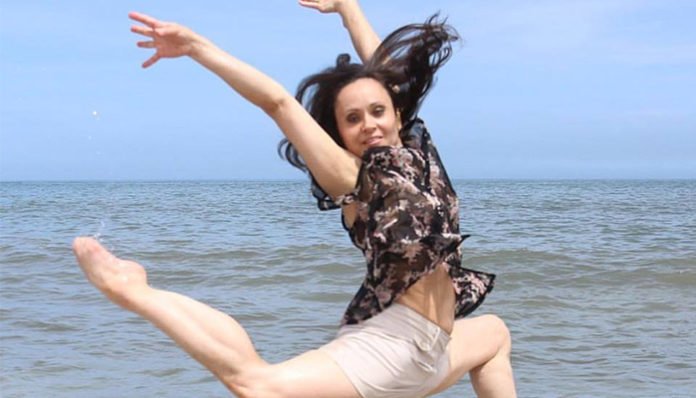 A former artistic gymnast, Aurelia Dobre had represented Romania at the 1988 Summer Olympics, where she had won a silver medal in the team event. In addition to that, she was also the All-around, and Balance Beam champion at the 1987 World Championships.

Despite her talents, however, she retired shortly afterward in 1989, due to injury and a growth spurt. Today, she has a relatively large following on social media- not only is she known for her gymnastics-related videos on Musical.ly, but she also makes regular appearances on her son’s (The Dobre Twins) YouTube channel, which has over 7 million subscribers.

Having said all that, how successful is the former Olympian now? Where is she nowadays? What projects has she been caught up with as of late, if any? How wealthy is she? Unfortunately, Aurelia Dobre’s 2018 net worth is not available at this time. Since we’re talking about her, however, let’s go over some highlights of her gymnastics career.

How did Aurelia Dobre Make Her Money & Wealth?

Born on November 16, 1972, in Bucharest, Romania, Aurelia Dobre began her gymnastics training at a young age. By the time she was fourteen, she had won a gold medal at the 1987 World Artistic Gymnastics Championships, with five perfect scores. For many years, she was thought to have been the youngest World Champion (until it was discovered that a previous champion had falsified her age).

At the age of fifteen, she competed in the 1987 World Championships, where she successfully won five medals- three of which were gold (team, all-around, balance beam). A year afterward, she was named to the Romanian Olympic Team for the 1988 Summer Games in Seoul. Though she didn’t finish on the podium in the individual events, she did contribute to the team’s silver medal. Not long afterward, she announced her retirement in 1989.

In 1991, the former gymnast moved to the United States, where she married Boz Mofid, an Iranian gymnastics coach. That same year, she had posed nude for an issue of Playboy Netherlands, which had caused some controversy at the time. As far as what she’s up to nowadays, she currently works as a dance coach and choreographer at her husband’s Dobre Gymnastics Academy in Maryland.

Aside from that, she’s also gained a significant amount of attention on social media in the recent years. On Musical.ly alone, her gymnastics-related videos have gained her more than 1 million followers on the app.

The mother of The Dobre Twins (Lucas and Marcus), a pair of popular social media stars, she also makes regular guest appearances on their YouTube channel, which has more than 7 million subscribers to date.

Now that we know more about her, let’s return to our original question- where does most of her income come from nowadays? As far as we can tell, it comes from her work as a choreographer and dance coach at her husband’s gymnastics academy.

She has been married to Boz Mofid, a gymnastics coach, since 1992. He currently operates the Dobre Gymnastics Academy in Maryland.

Does Aurelia Dobre Have Any Children?

Yes, she has four sons with her husband, Darius, Cyrus, and twins Marcus and Lucas.

Did Aurelia Dobre Go to College?

As far as we can tell, Aurelia Dobre has not attended college.

What is Aurelia Dobre Famous For?

As an artistic gymnast, Aurelia Dobre is perhaps best known for having won three gold medals at the 1987 World Championships. In 1988, she also contributed to Romania’s silver medal in the team event at the Summer Olympics in Seoul.

Aurelia Dobre currently lives in Maryland, where she works at her husband’s gymnastics academy. Pictures of her house are not available.

What Kind of Vehicle Does Aurelia Dobre Drive?

Information on Aurelia Dobre’s vehicle is unavailable at this time.

How Much Money Did Aurelia Dobre Make Last Year?

Information on Aurelia Dobre’s annual earnings for 2017 is not available.

Though she has since retired from competition many years ago, she remains involved with gymnastics as a coach and choreographer at her husband’s gymnastics academy in Maryland.

Want to support the former Olympic medalist online? If so, how about following her on social media? You can find Aurelia Dobre active on Instagram at @Aurelia_Dobre. As far as we can tell, she is currently not active on Facebook or Twitter. On YouTube, she also makes guest appearances on her sons’ YouTube channel, which you can visit by clicking here.