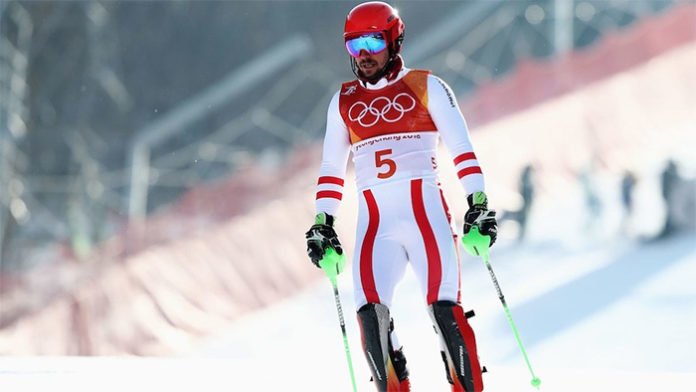 Hailing from Austria, Marcel Hirscher is regarded by many as being one of the best alpine skiers in history. Known for competing in the giant slalom and slalom events (with the occasional super-G), he has won six world championship titles over the past few years, the most recent of which was from 2017.

In addition to the gold medals that he’s won at the World Championships, he has also represented Austria three times at the Winter Olympics. In fact, he most recently won the giant slalom and combined events at the 2018 Winter Games in Pyeongchang, a feat that had garnered him a significant amount of attention.

How lucrative has his skiing career been over the years? Has he won anything in terms of prize money? How is the 28-year-old doing for himself nowadays? How rich is he? Unfortunately, Marcel Hirscher’s net worth is currently unavailable. While we’re here talking about him though, let’s zoom in and take a closer look at some of his accomplishments.

How did Marcel Hirscher Make Her Money & Wealth?

Born on March 2, 1989, in Salzburg, Austria, Marcel Hirscher grew up in the village of Annaberg-Lungotz, where he began skiing at the age of two. Coached by his parents, who had operated a skiing school, he quickly picked up various skills on the snowy hills. At the age of fifteen, he competed in his first FIS (Federation Internationale de Ski) race.

Three years later, he competed in his first World Cup event. Though he didn’t manage to finish on the podium, he later claimed a gold and silver medal at the FIS Junior World Championships. That same year, he had completed his studies at Bad Hofgastein’s ski management school.

Despite his achievements, however, he eventually broke his ankle, prior to the 2011 World Championships, which effectively ended his season. After struggling to recover for a period, he successfully returned to form in 2012. In fact, he was able to win his first World Cup title in 2012, as well as two medals at the 2013 World Alpine Championships.

In 2014, he represented Austria in his second Winter Olympic Games in Sochi, Russia. Competing in the men’s giant slalom and slalom, he went on to win a silver medal in the latter event, having narrowly missed the gold by just 0.28 of a second.

Over the next few years, Hirscher won several titles at the World Championships. In fact, he had most recently won two gold medals in St. Moritz, on the Slalom and Giant Slalom.

Earlier this month, Hirscher also represented his country at the 2018 Winter Olympics in Pyeongchang, South Korea. Despite having sustained an ankle fracture earlier in the season, he successfully won two gold medals in the combined and giant slalom disciplines. Naturally, he would have also received a decent amount of prize money along with the gold.

As far as media appearances go, the skier has been featured in a few TV programs in his native country over the years such as Das Aktuelle Sportstudio, Bergwelten, Willkommen Osterreich, and Wild Spirits.

As far as we know, Marcel Hirscher is not married. With that said, it’s said that he does have a girlfriend.

Does Marcel Hirscher Have Any Children?

No, Marcel Hirscher does not have any children as far as we know

Did Marcel Hirscher Go to College?

As far as we can tell, Marcel Hirscher has not attended college.

What is Marcel Hirscher Famous For?

As an alpine ski racer, Hirscher’s greatest accomplishments include having won two gold medals at the recent Winter Olympics in Pyeongchang. Previously, he had also won a silver medal at the 2014 Games in Sochi.

Marcel Hirscher currently lives in his native Austria. Photos of his house are not available.

What Kind of Vehicle Does Marcel Hirscher Drive?

How Much Money Did Marcel Hirscher Make Last Year?

Information on Marcel Hirscher’s annual earnings for 2017 is not available.

This month, Hirscher successfully took home two gold medals in the giant slalom and combined events at the 2018 Winter Olympics in South Korea. Prior to that, he had also won two titles at the 2017 World Championships.

Want to support the Olympic champion on social media? If so, how about following him online? You can find Marcel Hirscher on Twitter at @MarcelHirscher or on Instagram at @Marcel_Hirscher. On Facebook, he also has a fan page which you can visit here.