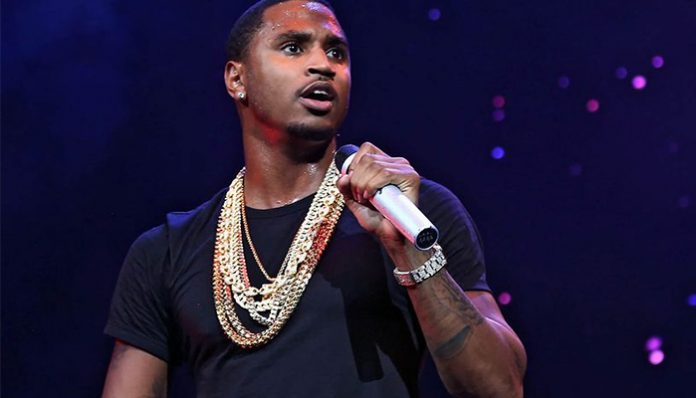 A three-time Grammy nominee, Trey Songz has released numerous hits such as Can’t Be Friends, Love Faces, and Slow Motion. As far as multi-track projects go, he’s best known for his albums Trigga, Passion, Pain & Pleasure, and Ready, all of which have gone platinum in the US. Last year, he came out with his latest album, Tremaine the Album.

Though music is his main focus, he has also appeared on television several times. For instance, he has been featured in the shows, When I Was 17, Total Divas, and Lincoln Heights. In fact, he has even made appearances in the films Texas Chainsaw 3D, Baggage Claim, and Blood Brother.

Considering the fact that he has sold over 12 million records worldwide, surely he’s well off? How much has he banked from his music career? As of 2018, it’s said that Trey Songz has an estimated net worth of $12 million. Let’s take a look at where most of his money comes from.

How did Trey Songz Make His Money & Wealth?

Born on November 28, 1984, in Suffolk, Virginia, Trey Songz did not have any aspirations for a musical career growing up; it wasn’t until he was in his early teens, that he started to recognize his own vocal abilities. With encouragement from family and friends, he eventually signed a music deal with Atlanta Records in 2003. Shortly after completing high school, he relocated to New Jersey to work on his debut album.

Titled, I Gotta Make It, the album was eventually released in the summer of 2005. Supported by two singles, it entered the Billboard 200 at number 20. While it charted in the US, however, it wasn’t until the release of his second album, Trey Day in 2007, that his popularity began to soar. An improvement over his previous record, it had peaked as high as number two on the Top R&B Albums chart. His first project to receive gold certification from the RIAA, more than 500,000 copies have since been sold in the US.

From there, his fanbase only grew further with his third album, Ready. Not only did it reach the Top 5 on the Billboard 200, but it had also garnered platinum accreditation from the RIAA, with over one million sales. Well received, it gave rise to two his songs, Say Ah and Neighbors Know My Name, the former of which featured guest vocals from Fabolous.

Since then, the artist has continued to drop records on a regular basis; not only has he released four additional albums, but he’s also come out with several singles such as Slow Motion, Nobody Else But You, Na Na and 2 Reasons. Considering the success as a rapper, it’s likely that he’s made a decent amount of income from the above-mentioned records.

Not only are his albums and singles profitable, but he also pulls in a decent amount of earnings from concert and shows. In fact, he has embarked on several tours over the past decade; just last year, he headlined the Tremaine The Tour with MIKExANGEL.

On top of all that, he has also appeared in a handful of films such as Texas Chainsaw 3D, Blood Brother, and Baggage Claim. On television, he has been featured in shows such as When I Was 17, and Lincoln Heights.

As far as we know, he is currently single. In the past, however, he has been in several relationships.

Does Trey Songz Have Any Children?

No, Trey Songz does not have any children.

Did Trey Songz Go to College?

No, he has not; instead, he pursued music straight out of high school.

What is Trey Songz Famous For?

Following his debut, Trey Songz gained widespread attention for his albums Trey Day, Ready, and Passion, Pain & Pleasure. Some of his most popular songs to date include Can’t Help But Wait, Say Aah, Bottoms Up, and Neighbors Know My Names, among others.

We do not have any information on Trey Songz’s abode at this time.

What Kind of Car Does Trey Songz Drive?

Details on Trey Songz’s vehicle are not available.

How Much Money Did Trey Songz Make Last Year?

At this time, we do not have any information on Trey Songz’s annual salary.

Last spring, he released his seventh album titled, Tremaine, which gave rise to the gold single, Nobody Else But You. As mentioned earlier, he also headlined the Tremaine The Tour with MIKExANGEL.

Want to keep up with the singer? You can easily do so by following Trey Songz on social media- for instance, you can find him on Instagram and Twitter at @TreySongz. For his official music videos and more, you can check out his YouTube channel here.