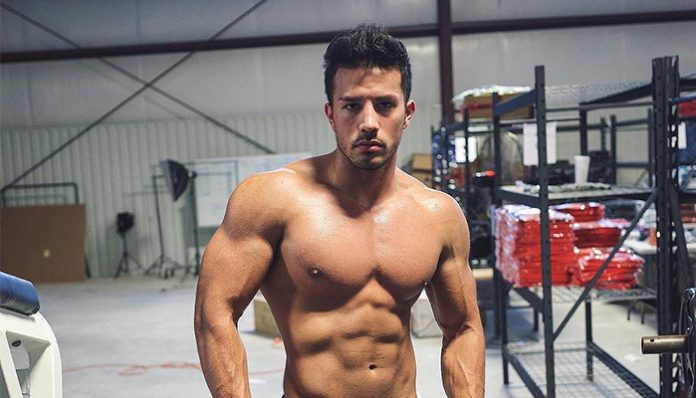 A fitness specialist, Christian Guzman is perhaps best known for his self-titled YouTube channel, which was created in 2012. Incredibly popular, his videos have since earned him more than 857,000 subscribers on the platform.

As if that wasn’t impressive enough, he is also an entrepreneur with several business ventures to his name. Not only is he is the CEO of Alphabet Athletics—an athletic apparel brand, but he is also the owner of a fitness gym in his native Texas. More recently, he even launched his own brand of energy drink called UP.

With all the projects that he’s involved with, is it safe to assume that he’s fairly well-off? How much does he pull in from his YouTube channel? How lucrative are his business endeavors? How rich is he? According to various sites, Christian Guzman’s 2018 net worth sits at approximately $2 million. Where did he earn the majority of this money from? Curious to know? We’ll be taking a look at the answer below.

How did Christian Guzman Make His Money & Wealth?

Born on February 20, 1993, in Texas, Christian Guzman went to high school in Houston, where he performed with a local rock band. Ultimately, it was after the group went their separate ways that he started to shift his focus to fitness and health. While he developed his own fitness workout program, he studied at Texas Christian University, though he ultimately dropped out to pursue his digital products.

As it happened, he had launched his YouTube channel in 2012, while he was a college freshman. Initially, his content was mostly weightlifting-related. As he continued to upload videos on a regular basis, his fan base slowly grew. Before long, he had reached his first big milestone—100,000 subscribers.

Since then, his popularity has grown tremendously. As of July 2018, the fitness enthusiast has earned more than 857,000 subscribers with over 190 million combined views. Aside from posting weightlifting instructions and tips, he has also branched out to include other content such as vlogs, all of which are popular among viewers.

To date, some of his most popular videos include I Bought My Dad A Car…This is His Reaction (11.2 million views), Arm Workout Revealed (1.5 million views), I Have Some Explaining To Do (1.1 million views), and Meet My Girlfriend (1 million views). With the number of views that his content brings in, it’s no surprise that he earns a considerable amount from his YouTube channel. According to Nailbuzz, he makes upwards of $180 per day from ad revenue alone.

In addition to his YouTube career, the twenty-something is also a successful entrepreneur. Not only is he the CEO of Alphalete Athletics, a fitness apparel brand, but he also operates a gym in his native Texas. As if that wasn’t impressive enough, he launched his own energy drink called UP in 2017.

Online, he also runs a coaching program through his official website, christianguzman.com. Looking at the page now, a variety of “summer workout programs” are available, all of which you can check out here.

If anything, it’s obvious that he has several projects going for him at this time.

Yes, he has been in a relationship with Heidi Somers aka “BuffBunny” since 2017.

Does Christian Guzman Have Any Children?

No, as far as we know, Christian Guzman does not have any children.

Did Christian Guzman Go to College?

Yes, he went to Texas Christian University after completing high school. Prior to completing his degree, however, he dropped out to pursue his fitness endeavors.

What is Christian Guzman Famous For?

Christian Guzman rose to fame for his fitness-related videos on YouTube in the early 2010’s. Since then, he has gained over 800,000 subscribers on the site.

Christian Guzman currently resides in Texas, where he continues to pursue his fitness career full-time. We do not have any additional details at this time.

What Kind of Car Does Christian Guzman Drive?

How Much Money Did Christian Guzman Make Last Year?

As mentioned earlier, he recently released his own energy drink called Up Energy in 2017. Announced last summer, each can is advertised to contain 200mg of caffeine, as well as other energy ingredients.

Want to know what he’s up to? If you’re a fan, why not follow him on social media? You can find Christian Guzman on Twitter at @GuzmanFitness or on Instagram at @ChristianGuzmanFitness. On Facebook, he also as an official fan page, which you can visit here.