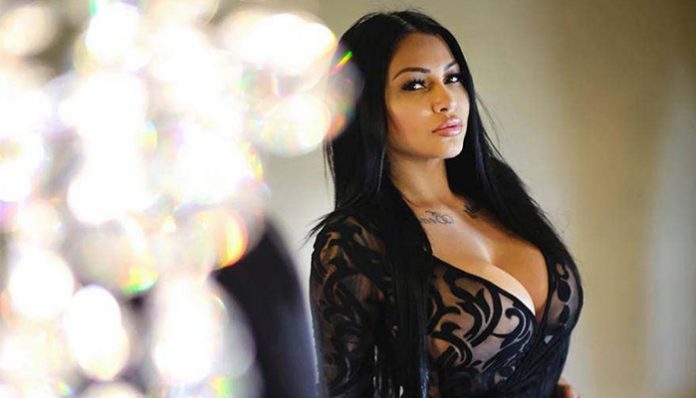 A reality star, Brittanya Razavi gained fame after participating in the reality series, Rock of Love with Bret Michaels in 2009. Noted for her piercings and tattoos, she has landed on the covers on numerous magazines such as Obscene, Rebel Ink, and Savage Tattoo. Some of the other television programs that she’s appeared in include Charm School with Ricki Lake and Dysfunctional Friends.

As with most TV stars, she has amassed quite a fan base on social media. For instance, she has earned more than 10 million followers on Instagram. Similarly, she’s also active on Twitter, and Facebook, where she has over 5.6 million fans combined.

How wealthy is the television personality? How much did she make from appearing on the reality shows? Aside from the showbiz, what else does she have going for her? According to various sources, Brittanya Razavi has amassed a net worth of $6 million as of 2018. Where does the majority of her income come from? Let’s have a look.

How did Brittanya Razavi Make Her Money & Wealth?

Born on July 7, 1985, in Oxnard, California, Brittanya Razavi grew up with her older sister, Tiffany. As a young child, she was fond of sports, especially softball. As it had happened, however, she eventually became pregnant at the age of fifteen, while still in high school. To make matters worse, the father of her child was sent to prison, which ultimately made her a single mom.

Unfortunately, not much is known about what happened afterward. For now, all we know is that she joined the world of social media in the late 2009’s. Posting regularly on Instagram, it didn’t take long for her to earn a significant fan base on the app.

In 2009, she received a big break after being cast in the reality series, Rock of Love with Bret Michaels. Premiered in 2007, the dating game show, starring Bret Michaels, featured a group of women, all of whom face various challenges for a chance to be the singer’s girlfriend. One of the contestants in the third season, she competed against a number of others including Farrah Sinclair, Inna Dmitrenko, Erin Shattuck, and Mia Tidwell, to name a few.

While she ultimately didn’t win, the show had earned her a significant amount of attention. If anything, her television appearance only caused her popularity to explode. Unfortunately, it’s not known whether or not she was paid for her role in the series.

Later that same year, she received another opportunity to compete in VH1’s Charm School with Ricki Lake. Debuted on May 11, 2009, it revolved around fourteen contestants―all who had previously competed on Real Chance of Love and Rock of Love Bus with Bret Michaels. Aside from Razavi, the show also starred Marcia Alves, Ashley Klarich, Bubbles, Natasha McCollum, and Farrah Sinclair, among several others. In the end, Ebony Jones aka Risky was crowned as the winner, and given a $100,000 cash prize.

In terms of other endeavors, she had played a minor role in the 2012 comedy-drama film, Dysfunctional Friends.

Yes, she is married to a man named Lucky Mo Razavi.

Does Brittanya Razavi Have Any Children?

Yes, she has two children, the first of whom she gave birth to at the age of fifteen.

Does Brittanya Razavi  Go to College?

While not much is known about her education history, it’s assumed that Brittanya Razavi has not gone to college.

What is Brittanya Razavi Famous For?

Brittany Rasavi rose to fame after competing in the reality series Rock of Love with Bret Michaels in 2009. Though she didn’t win, she later had the chance to star in another program called Charm School with Ricki Lake.

Unfortunately, we do not have any information on Brittanya Razavi’s location at this time.

What Kind of Car Does Brittanya Razavi Drive?

Information on Brittanya Razavi’s vehicle is not available.

How Much Money Did Brittanya Razavi Make Last Year?

Unfortunately, we do not have any information on Brittanya Razavi’s 2017 earnings at this time.

As far as we can tell, Brittany Razavi hasn’t appeared on television since the early 2010’s-her last appearance being in that of the film, Dysfunctional friends.

What’s the TV personality up to nowadays? If you’re a fan, be sure to follow her on social media―you can find Brittany Razavi on Twitter at @Brittanya187187 or on Instagram at @Brittanya187. On Facebook, she also has an official fan page, which you can check out here.