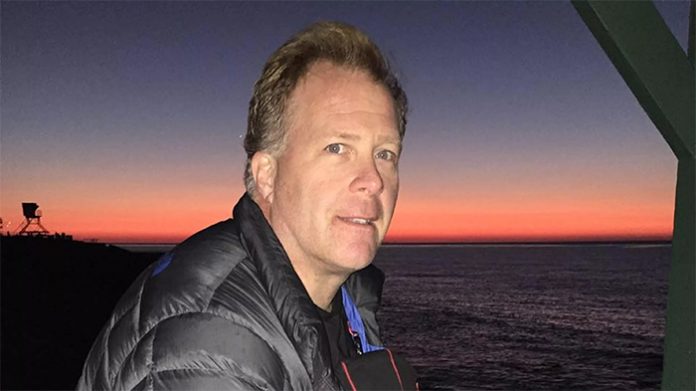 A former college football player, Chris Thieneman played as a defensive lineman in the Canadian Football league and the World League of American Football during the early ‘90s. After a fulfilling career, during which he played for teams such as the Dallas Cowboys, San Antonio Riders, Sacramento Gold Miners, and Saskatchewan Roughriders, he retired in 1994.

Following his retirement, he obtained a real estate license and began to work in the family business. Since then, he has also established his own development company, which is based in Louisville, Kentucky.

How much did he make as a football player back in the day? How successful are his business ventures now? How wealthy is the former athlete? Unfortunately, Chris Thieneman’s 2018 net worth is not yet available at this time. Since we’re here though, let’s take a more detailed look at his career.

How did Chris Thieneman Make His Money & Wealth?

Hailing from Louisville, Kentucky, Chris Thieneman attended Bishop David High School, where he was an active member of the football team. A defensive end, he eventually received All-State, All-District and All-Country honors by the time he was in his senior year. Upon graduating, he continued to play at the University of Louisville, after being recruited by coach Bob Weber. In the end, he played as a backup linebacker for the first two seasons before redshirted after succumbing a shoulder injury.

Fortunately, he was able to return back to the football field in 1986, under the tutelage of coach Howard Schnellenberger. Switching to become a defensive tackle, his accomplishments eventually earned him an honorable mention by the Associated Press during his junior year. Soon afterward, Thieneman was also named to the All-South team.

At the age of twenty-three, he signed with the Dallas Cowboys as an undrafted free agent. Despite that, however, he did not make a single appearance in a regular season game; as a result, he was later released just a few months afterward. Trying his luck with the Canadian Football Team, he eventually signed with the Saskatchewan Roughriders in 1991. From there, he played for the WLAF briefly with the San Antonio Riders, before ending his career in the CFL with the Sacramento Gold Miners in 1994.

How much did he earn from his football career? Unfortunately, details of his salary have not been disclosed to the public. Given the length of time that he was involved with the sport, however, it’s likely that it had yielded him a considerable amount during the ‘90s.

After retiring from football, he obtained a real estate license and began to work in the family business. Eventually taking over the entire operation, he established his own development company, Thieneman Real Estate, LLC. Since then, he has worked on numerous developments including low-income apartments, trailer parks, and office complexes.

In addition to his real estate/development business, he also ran for the Mayor of Louisville three times in the past, though he lost all three times.

Yes, he has been married to Nikki Cooper, a YouTube beauty vlogger, since 2016.

Does Chris Thieneman Have Any Children?

Does Chris Thieneman Go to College?

Yes, he did. He went to the University of Louisville, where he played college football under the tutelage of coach Bob Weber.

What is Chris Thieneman Famous For?

Chris Thieneman is perhaps best known for his professional football career. During the ‘90s, he played with a few teams including the Saskatchewan Roughriders, Sacramento Gold Miners, and San Antonio Riders.

According to his official Twitter account, Chris Thieneman currently resides in Louisville, Kentucky. We do not have any additional details at this time.

What Kind of Car Does Chris Thieneman Drive?

Details on Chris Thieneman’s vehicle is not available at this time.

How Much Money Did Chris Thieneman Make Last Year?

Details on Chris Thieneman’s 2017 salary is not available at this time.

According to his Twitter, Chris Thieneman will be running for the Mayor of Louisville once again in November.

Want to know what the former football player is up to? If so, why not follow Chris Thieneman on social media? You’ll be happy to know that he’s active both on Twitter (@ChrisThieneman1) and Instagram (@Christhieneman1). As far as we know, he does not have an official Facebook page at this time.