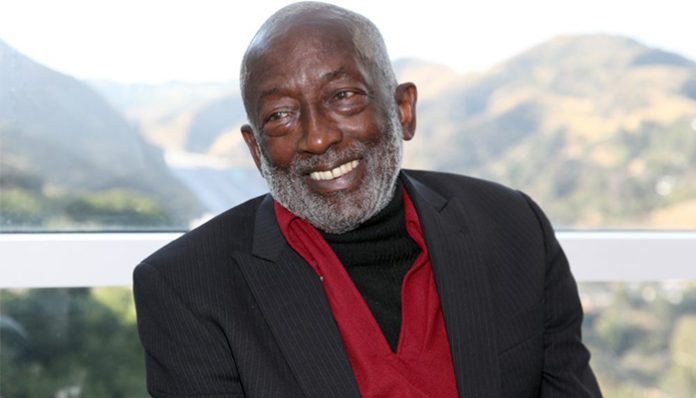 A well-known comedian, Garrett Morris rose to fame as one of the original cast members of Saturday Night Live in the mid to late ‘70s. Since then, he has appeared in dozens of other TV series including The Jeffersons, Hunter, Roc, Martin, The James Foxx Show, and 2 Broke Girls, to name a few.

Outside of television, he has also acted in many films over the years. Some highlights include Children of the Night, Santa with Muscles, Twin Falls Idaho, Cooley High and Who’s Your Caddy?. Most recently, he played a small role in the superhero title, Ant-Man in 2015.

How wealthy is the comedian? How much did he earn from Saturday Night Live? How well-paid is he as an actor? According to some sites, Garret Morris’ 2018 net worth is around $500,000. Where did he earn this money from? What contributes the most to his income? Let’s take this opportunity to learn more about him.

How did Garrett Morris Make His Money & Wealth?

Born on February 1, 1937, in Louisiana, Garret Morris grew up in New Orleans, where he was an active member of the local church choir. Fond of the performing arts, he attended the prestigious Julliard School of Music, before attending Dillard University. In his early career, he performed a number of musicals including Ain’t Supposed to Die a Natural Death and Hallelujah, Baby.

In 1960, he made his television debut in an episode of CBS Repertoire Workshop. From there, he landed a guest role in the popular medical drama, General Hospital in 1963. A few years later, he also began to appear in film titles such as Where’s Poppa? and Cooley High, albeit as minor characters. In the end, it wasn’t until the mid-‘70s, after he was cast in the sketch comedy series, Saturday Night Live that he started to gain mainstream attention.

One of the original cast members on the show, he played many recurring characters including Chico Escuela, Cliff, Merkon, and Grant Robinson, Jr. Not only that but he also made himself known for his celebrity impressions; some of his most popular ones included those for Alex Haley, Bob Marley, Andrew Young, and Diana Ross. Unfortunately, his salary from SNL has not been disclosed to the public.

Since then, the comedian has appeared in numerous other TV titles including the sitcoms The Jamie Foxx Show, 2 Broke Girls and Martin, to name a few. Most recently, he made a guest appearance in an episode of the comedy, Knight Squad earlier this year.

Like most television personalities, Morris has also worked on many films throughout his career. For instance, he has played various characters in How to Beat the High Cost of Living, Children of the Night, Black Scorpion, Santa with Muscles and Dog Gone. In 2015, he made a cameo in the superhero title, Ant-Man.

As himself, he has also been featured in a number of TV programs such as Celebrity Family Feud, The Oprah Winfrey Show, Whatever Happened To? and Tom Green Live.

Yes, the comedian has been married to his wife, Freda Morris, since 1996.

Does Garrett Morris Have Any Children?

No, as far as we know, Garrett Morris does not have any children.

Does Garrett Morris Go to College?

Yes, he did. Sometime after studying at the Juilliard School of music, he went to Dillard University, from which he graduated in 1958.

What is Garrett Morris Famous For?

Garrett Morris is best known as one of the original cast members of Saturday Night Live in the ‘70s. Since then, he has appeared in dozens of television and film titles, including the CBS sitcom 2 Broke Girls, which ran from 2011 to 2017.

According to his official Twitter account, Garrett Morris currently lives in Los Angeles. We do not have any additional details at this time.

What Kind of Car Does Garrett Morris Drive?

Information on Garrett Morris’ vehicle is not available.

How Much Money Did Garrett Morris Make Last Year?

Regrettably, we do not have any information on his 2017 salary at this time.

Over the past few months, he has appeared in a few television series including MacGyevr, This Is Us, Scandal and Knight Squad. From 2011 to 2017, he also starred in the sitcom 2 Broke Girls.

What’s the comedian/actor up to? If you’re a fan, be sure to check out his official social media accounts—you can find Garrett Morris on Twitter and Instagram at @_GarrettMorris. On Facebook, he also has a fan page that you can visit here.