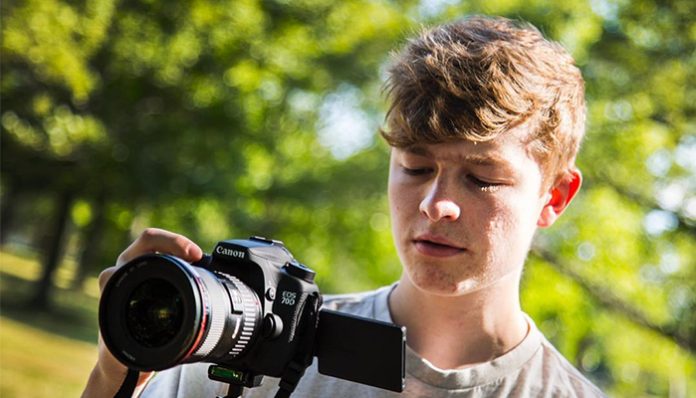 A social media personality, Faze Blaziken is best known on YouTube, where he has amassed nearly 3 subscribers. A member of the FaZe clan, he had joined the group in 2015, after being a fan of their work for many years. As of 2018, he serves as one of their directors.

In addition to his social media career, he recently ventured into the music scene with the release of a track titled, Woah Kemosabe in 2017. Featuring RSK, the accompanying music video has since been streamed over 8 million streams on his channel.

How wealthy is the 22-year-old internet celebrity? How lucrative is his online career? How much does he bring home from his YouTube channel? From his work with the FaZe clan? According to some sources, Faze Blaziken’s current net worth stands at $800,000. What contributes the most to his overall income? How many ongoing projects does he have? Let’s find out, shall we?

How did Faze Blaziken Make His Money & Wealth?

Born on August 19, 1996, in Vienna, Austria, Lucas Mosing aka “Faze Blaziken” is the son of Kristoff and Hemma Mosing. One of two children, he has a younger sister named Mia who frequently appears in his videos. Due to his father’s career, he and his family moved to Mountain View, California, when he was still an infant. After a few years of attending a German International School, he transferred to St. Francis High School, where he played soccer.

Prior to graduating, however, his parents made the decision to return to Austria. Ultimately, it was after moving back that he developed a love for social media and gaming. At the age of sixteen, he discovered the FaZe Clan while browsing YouTube. Inspired by their work, he decided to set up his own channel in 2013.

A video game enthusiast, most of his early uploads revolved around gaming. In fact, he and his friend Nick eventually created a Call of Duty group called xJMx. Around the same time, he also joined a trick shot group called Spacebound. As he uploaded more and more videos to his channel, his popularity gradually grew.

Sometime after graduating high school, he returned to the United States, where he attended the University of California Santa Cruz. Before he could finish the program, however, he was invited to join the FaZe Clan, which led him to drop out of college. By mid-2015, Blaze had moved into the FaZe house. Since then, his popularity has soared—as of 2018, he has gained 2.9 million subscribers with over 416 million views combined.

Considering the number of views that his videos bring in (generally in the hundreds of thousands), it’s likely that he brings home a significant amount of earnings from his YouTube channel. In fact, the number has probably only increased over the past couple of years.

Last year, he also made his foray into the music scene. On May 21, 2017, Blaze dropped a track titled, Woah Kemosabe, which garnered mixed reviews from fans.  Despite that, the accompanying music video has since been played over 8 million times on YouTube.

No, Faze Blaziken is not married. As far as we can tell, the twenty-something is currently single.

Does Faze Blaziken Have Any Children?

No, Faze Blaziken does not have any children that we know of.

Does Faze Blaziken Go to College?

Yes, he did. After finishing high school, he studied at the University of California Santa Cruz briefly, before dropping out.

What is Faze Blaziken Famous For?

Faze Blaziken initially rose to fame on YouTube for his Call of Duty Videos. Since joining the FaZe Clan in 2015, his popularity has increased tremendously.

Since 2015, Faze Blaziken has been residing in the FaZe house. We do not have any pictures available at this time.

What Kind of Car Does Faze Blaziken Drive?

We do not have any information on Faze Blaziken’s vehicle.

How Much Money Did Faze Blaziken Make Last Year?

Details on Faze Blaziken’ 2017 salary is not available at this time.

As mentioned earlier, the 22-year-old recently launched his rap career with the release of a track titled, Woah Kemosabe last summer. As of 2018, the accompanying music video has racked up more than 8 million views on YouTube.

What’s FaZe Blaze up to nowadays? Want to keep up-to-date with his latest activities? If so, why not follow him on social media? You can find him on Twitter at @FazeBlazikon or on Instagram at @Blazifyy. On Facebook, you can also show your support on his official fan page.