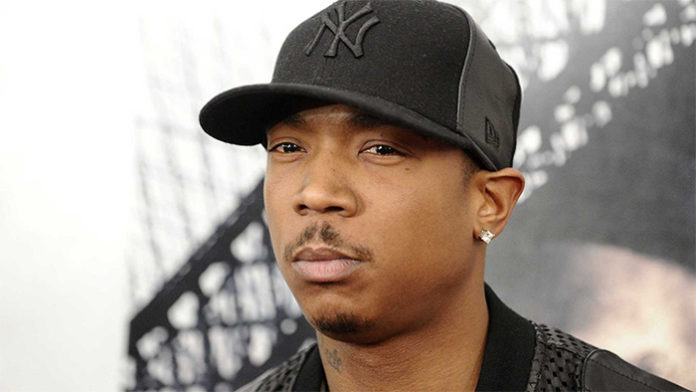 Ja Rule is an American rapper who made his debut in the late 90’s with his album, Venni Vetti Vecci. Having developed a passion for music ever since he was young, he always dreamt of one day becoming a musician. When he was fourteen years old, he wrote his first song; a hobby which he’d continue to pursue throughout his adolescence.

By the time he was seventeen, Rule formed a hip-hop group called Cash Money Click alongside two close friends. Although they went on to release a few singles, they never attracted any mainstream attention as one of their members were eventually imprisoned after a brush with law. Despite the lack of initial success, the aspiring rapper later landed a recording contract with Def Jam Records in 1998, with the help of an old acquaintance, Irv Gotti.

Working in and out of the studio, he released his first professional album, Venni Vetti Vecci in 1999. Quickly becoming a smash hit, it entered the Billboard 200 at number three and was certified Platinum by the RIAA within a year.

Soon afterwards, the R&B artist followed up with a second studio album, Rule: 3:36 in 2000ーit would go on to become one of the best-selling records of his career. Since then, the rapper has released a total of seven full-length albums, and eighteen singles; he has also appeared as a featured artist in a number of works, including those of R. Kelly, Mariah Carey, Nate Dog, Christina Milian, and many others.

An established figure in the hip hop scene, Rule has accumulated many awards over the years including three Source Awards, an MTV Video Music Award, a World Music Award, a BET Award, a Teen Choice Award, a NAACP Image Award, amongst countless nominations. A philanthropist, he also founded The L.I.F.E. Foundation in 2004ーa charitable organization that aims to mentor and improve the social behaviour of at-risk youths.

On top of his accomplished work as an artist, Rule has also starred in several films as an actor. Just a year after breaking out into the music scene, he made his film debut in the crime action movie, Turn It Up (2000) alongside Pras Michel and Jason Statham. From there, he later went on to appear in the popular action thriller, The Fast and the Furious in 2001. After playing a number of smaller roles, he co-starred in the 2002 action film, Half Past Dead opposite of Nia Peeples and Morris Chestnut. More recently, he starred in the Christian movie I’m in Love with a Church Girl in 2013. Aside from live-action acting, he has also been featured in many talk shows throughout the years including Last Call with Carson Daly (2005), The Tyra Banks Show (2006), Big Morning Buzz Life (2013), and The Queen Latifah Show (2014), amongst others.

So what has the rapper turned actor been up to these recent years? Has he taken on any new projects as of late? What happened to Ja Rule? Where is he now in 2018? 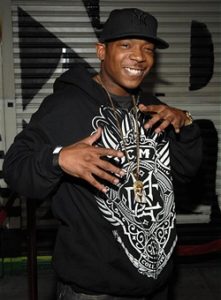 Born on February 29, 1976, in Queens, New York, Ja Rule (Real name: Jeffrey Atkins) was raised by his single mother Debra Atkins, a healthcare worker and his maternal grandparents. When he was five years old, his newborn sister passed away from breathing complications, leading him to be an only child. Born into a debut Jehovah’s Witness family, he was raised in the streets of Hollis, Queens.

In order to care for Rule, his mother worked two separate jobs that took up the majority of her time; as a result, he spent most of his childhood with his maternal grandparents. As a teen, he went to Public School 134, a school that was predominately populated by black students. Due to his small stature however, he often found himself in many fights; as a result, his mother later transferred him to a middle school in Glen Oaks, which was known for having a predominately white student-body. It was during his time in high school that he received his nickname of “Ja Rule”ーa moniker which he is friends had given him.

Having always loved music, Rule had always wanted to become a musician; he first began to write songs as a teen in the early 1990’s. When he was seventeen years old, he formed a classic R&B group with a couple of friends called “Cash Money Click.” Although they later went on to release a few singles together, none of them achieved mainstream success as one of their bandmates was later arrested after running into the law. A couple of years afterwards, he was featured in Mic Geronimo’s rap song Time to Build alongside DMX and Jay-X, who were still budding artists at the time. With a little bit of luck, he eventually signed a recording deal with Def Jam Records in 1998, with the help of his acquaintance, Irv Gotti.

Ja Rule’s Career as a Recording Artist Throughout the Years 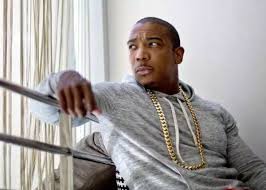 A year after securing the contract with the label, Rule released his first full-length album Venni Vetti Vecci in June 1999. Titled in reference to the Latin phrase which means “I Came, I Saw, I Conquered,” the album contained twenty tracks, many of which featured other artists such as Jay-Z, Nemesis, Black Child, Erick Sermon, DMZ, Memphis Bleek, amongst others. Although Venni Vetti Vecci received mixed reviews upon hitting the stores, it performed well on the chartsーentering the Billboard 200 at number three and selling over 184,000 copies within the first week.

On top of that, it also reached reached number one on the Top R&B and Hip Hop Albums Chart. A hit in up north, it also managed to settle in at number twenty on the Canadian RPM Albums Chart. Later given Double Platinum certification from the RIAA for selling over two million copies in the United States, the album saw the release of five singles including Holla Holla, which which peaked at number two on the US Hot Rap Songs Chart.

Rising in prominence, Rule eventually released his second full-length album, Rule 3:36 in October 2000. Noted for featuring mostly pop-themed music, the disc consisted of sixteen tracks including Between Me and You, Put It on Me, 6 Feet Underground and I Cryーall of which were released as singles. While Rule 3:36 received a number of mediocre reviews upon its release, it sold close to 276,000 during the initial week and remains to be one of his best-selling albums to date. Immensely popular in terms of sales, the album peaked at the number one spot on both the Billboard 200 and the Top R&B and Hip Hop Albums Chart; it also charted in three other countries including Canada, Germany and the UK. Since it was first made available, Rule 3:36 has sold well over three million copies within the country, earning it 3x Platinum status from the RIAA. 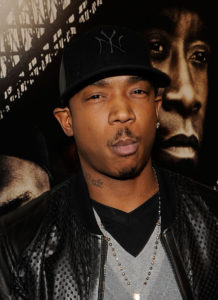 Following in the success of his previous effort, the rapper released his third studio album, Pain is Love in October 2001. Produced by Ty Fyffe, Lil’ Rob and Irv Gotti, it boasted sixteen songs including Dial M for Murder, Never Again and Pain is Love, amongst others; a number of artists were also featured in the album including 2pac, Jennifer Lopez, Boo & Gott, Charli Baltimore, Case and Ashanti. A commercial success, Pain is Love entered the Billboard 200 at number one and sold an impressive amount of 361,000 copies in the first week. Praised by critics for its crossover singles, it went on to earn the R&B star a Grammy Award nomination for “Best Rap Album”, although it ultimately lost to Stankonia by OutKast. As of April 2002, Pain is Love has been certified 3x Platinum for selling over three million copiesーmaking it Rule’s second album to achieve such a feat.

Carrying on with his rapping, Rule released his fourth studio album entitled, The Last Temptation in November 2002. Another successful endeavour for the artist, who has now risen to the tops of the hip-hop world, it sold 237,000 copies during the initial week and peaked at number two on the Top R&B and Hip Hop Albums Chart; it also successfully settled in at number four on the Billboard 200. Commended for its “pop-heavy production,” it came with thirteen tracks, some of which featured artists such as Eastwood, Bobby Brown, Chink Santana and Crooked I. A major sellout overseas, it also charted in Switzerland, New Zealand, Ireland, Germany, Australia and the UK. Rated four out of five stars by critics at Allmusic, it eventually spawned three singles: Thug Lovin, Mesmerize and The Reignーthe last two would go on to receive Platinum certification from the RIAA.

In November 2003, he released his next studio album, Blood in My Eye. Originally intended to be a mixtape, it entered the US Billboard 200 at number six and reached 139,000 units in first-week sales. Named after George Jackson’s book of the same title, it showcased fourteen hip hop and gangsta tracks, including Murder Intro, Race Against Time II, Niggas & Bitches, and more. Although it received low ratings from critics, it was a hit amongst fans; it reached number one on the Top R&B and Hip Hop Albums Chart and number six on the Billboard 200. Despite this, it never reached the same caliber of success as his earlier effortsーit would be his first album not to receive RIAA certification. Blood in My Eye did however, go on to produce the single, Clap Back, which peaked at number forty-four on the Billboard Hot 100 Chart.

Not about to give up his career, Rule released his sixth full-length album, R.U.L.E. in November 2004. His last record with Def Jam Records, it debuted at the seventh position on the Billboard 200 and moved 165,000 copies during the first week. Considered by many to be his comeback album, it also peaked at number three on the Top Raps Album Chart and the Top R&B and Hip Hop Albums Chart. Out of the nineteen-song track list, a couple of highlights include the ballads Wonderful and Passion; the former was also later released as a single. As of January 2005, R.U.L.E. has been certified gold for achieving over 500,000 in sales within the United States.

In celebration of the 20th anniversary of his third studio album, Pain is Love, he released a single titled, “Sincerely, Jeffrey” on various streaming platforms including Spotify, Apple Music, and YouTube. As of this post, it has been streamed more than 19,000 times on his YouTube channel.

That same year, he launched a Flipkick, which he developed with a team of software engineers. An online platform, it allows users to sell physical works of art as NFTs. To inaugurate the platform, which is advertised as “the first company to offer cryptographic authentications of physical art”, the rapper listed a painting that he commissioned back in 2012, for $600,000.

Around that same time, he completed an online course offered by the Harvard Business School; he even shared a picture of his certificate on social media.

And as far as film appearances go, he appeared in Lost Boyz and Murder Inc Documentary earlier this year. He also played a guest role in the BET anthology series Tales. Aside from that, he also appeared on Reboot Camp, Growing Up Hip Hop: New York, and Fly.

For more updates on the rapper, you can follow him on social media. He’s active on Instagram under the handle @jarule and also tweets regularly on Twitter (@jarule). There’s also his official Facebook page, which you can check out here.