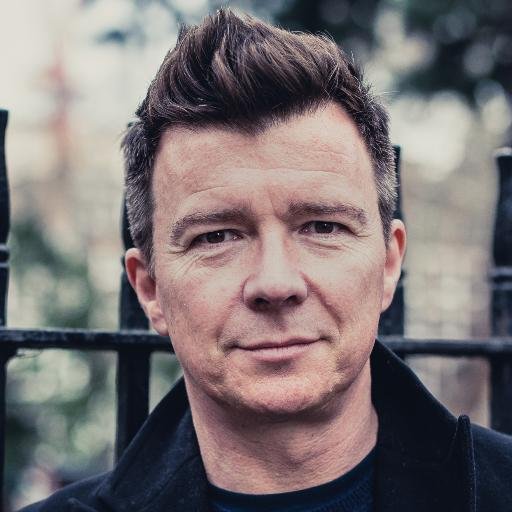 What is Rick Astley’s net worth and how rich is he? The answer is: very. While the world’s been getting rickrolled, Rick Astley’s been rolling in the dough. Interestingly enough, the bulk of his wealth can be traced back to the 1980s, when “Never Gonna Give You Up” was famous for a lot more than being a prank, and rickrolling hadn’t been invented yet.

How Did Rick Astley Make His Money & Wealth?

Rick Astley was born in Newton-le-Willows in Lancashire on February 6, 1966. He entered the music world at a young age as a choir boy with the local church, and then as a member of numerous local bands. It was with one such band, a soul band named FBI, that he was discovered at the age of 19 by the man who would change the rest of his life – record producer Pete Waterman.

Under Waterman’s guidance, Astley moved to London to work at the Pete Waterman Limited (PWL) recording studio. There, he trained for a year while serving as the company “tea boy” before releasing his first single, a duet with Lisa Carter called “When You Gonna”. It did not chart.

Most of us are probably very familiar with (possibly too familiar with, depending on how gullible you are) his next single and first solo song: the famous, or perhaps infamous “Never Gonna Give You Up”. Released in August 1987, the dance-pop hit was an immediate worldwide hit. It rocketed to the top of charts in 25 countries and became Britain’s highest-selling single that year.

Following “Never Gonna Give You Up”, his career flourished. He was the best selling artist in the world during this period. His debut album, Whenever You Need Somebody, was released in November 1987 and sold 15.2 million copies. It was certified 2x Platinum in the US and 4x Platinum in Canada and the UK. “Never Gonna Give You Up” remained the most successful single from the album. Nevertheless, the other four released were also chart-toppers and met with much fanfare.

In the next few years he released another platinum-certified album (Hold Me in Your Arms, 1989), and went on a world tour to 15 countries. His press, however, worsened noticeably during this period and his reputation as a serious musician took a large hit.

In 1990, he decided to part ways with both his management company and his dance-pop image. He released a soul album, Free, in 1991. It featured the single “Cry For Help” and collaborations with Elton John. Free was arguably the end of the most fruitful period of his career.

Rick Astley’s net worth was in the millions by the time he turned 23. He had made the majority of his life earnings from the ages of 21 to 24.

Disillusioned with the music industry and with a newborn daughter, Astley retired at the ripe old age of 27 to focus on raising his family.

He made a return to singing almost 10 years later with the release of his album Keep It Turned On (2002). His following albums and tours were met with varying, but overall unremarkable levels of success.

Then, in 2007, Rick Astley became living proof that lightning can indeed strike twice. His 1987 hit “Never Gonna Give You Up” became the subject of a meme called rickrolling. Initially, Astley himself was completely in the dark about the meme. He had no idea why everyone kept sending him links to his old song.

He figured it out soon enough – rickrolling led to the revival of his career. He participated in a performance during the 2008 Macy’s Thanksgiving Day Parade in which he live rickrolled the crowd. He also went on a world tour, Here and Now, and landed a position as a radio DJ during 2010.

Astley turned 50 this year and released his most recent album, 50, to mark the milestone. It contained the single “Keep Singing”. 50 was his most successful album since 1991, reaching No. 1 on the UK charts.

Rickrolling is a phenomenon in which innocent, unsuspecting people click on a link expecting to find a glorious fount of knowledge that would no doubt enrich their lives greatly. Instead, they are greeted by the dulcet croon of this man.

What is Rick Astley’s opinion on rickrolling?

“Listen, I just think it’s bizarre and funny,” he’s stated. His only caveat? He doesn’t mind as long as his daughter doesn’t get embarrassed about it.

How much has Rick Astley made from rickrolling?

In today’s world, the most popular YouTubers are multi-millionaires and the rough estimated profit from every million views is in the thousands. One would expect Astley to have received quite the paycheck from YouTube. Not so, actually. His royalties actually have amounted to less than $12 in total.

Of course, that doesn’t mean he hasn’t profited from the publicity in many other ways. He has commented that “[he’s] made quite a bit of money from it.”

Astley quietly tied the knot with Danish film producer Lene Bausager in 2013 after a 27-year relationship and a 15-year engagement. This was at the urging of their only child, then 20-year old daughter Emilie Astley.

Where does Rick Astley Live?

According to an interview from 2018, he lives with his wife in a suburban area in East Mosley, Surrey—on the edge of London, close to Hampton Court Palace. They previously lived in Richmond, London, when their daughter was still at home.

What Car Does Rick Astley drive?

While he’s always been grounded about his wealth, he’s also maintained an appreciation for nice cars. His first car was a sporty two-door BMW that cost £25,000. Factoring in inflation, that would be over $50,000 in USD today. Today, he drives a four-door black Audi sedan.

What Awards Has Rick Astley won?

The first major award that Astley won was the 1988 BRIT Award for British Single for “Never Gonna Give You Up”. In 1989, he received a nomination for a Grammy Award for Best New Artist. He was voted Best Act Ever at the MTV Europe Music Awards in 2008, after his rickrolling-induced career resurgence.

He’s headlined and put on many charitable performances. This includes a gig that raised over £50,000 for a Surrey charity in 2013. In 1987, he participated in the recording of the Lennon-McCartney-composed charity single “Let It Be”. All proceeds were donated to the Herald of Free Enterprise ferry disaster. In 2016, he recorded another charity single, “I Hope”, as part of a campaign from the charity Missing People to reunite missing children with their families. He is also an ambassador for Music for All.

Astley became unwittingly involved in a charity effort in 2015 when choirmaster Jack White participated in a challenge that involved being locked in a room for 75 hours and listening to “Never Gonna Give You Up” non-stop. This was in hopes of raising £2,000 for the Juvenile Diabetes Research Foundation (JDRF).

While he doesn’t consider himself a seasoned investor, he hasn’t been unsuccessful in the stock market. He prefers to invest in British businesses that he is familiar with, with a focus on stable high-street ones such as Marks & Spencer and Mulberry.

With countless stories of lottery winners and athletes going broke, one would perhaps expect Rick Astley – millionaire by 24, retired by 27 – to have a similar tale of woe. But with a combination of modest living (for a millionaire, anyway), wise money management, and an income from music and investments, he’s managed to retain his fortune for more than two decades so far – and you’d better believe that he’s never gonna give it up.