The Highest Paid YouTubers of 2022 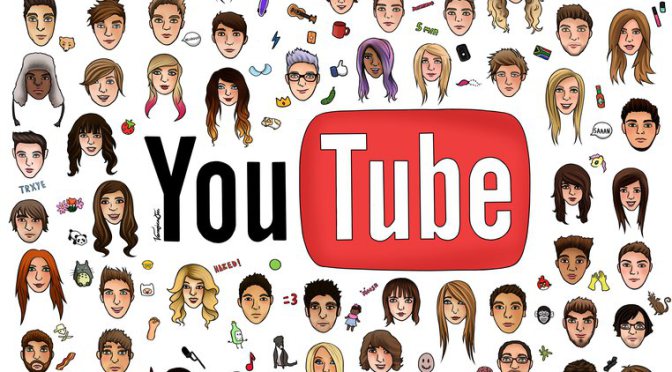 Everyone loves a good rags to riches story. It makes you think it could happen to anybody, especially you. YouTube content creator on its surface sound like the pipe-dream, fantasy job of a small child, right up there with astronaut, or rock star. “Where do I see myself in ten years? Oh, I’m just going to make millions by playing video games.” “People will give me free products, and I will review them on camera, for money.” But in the late 20-teens, these things are viable sources of income. YouTubers seem to be the next movie stars, except it looks like it could happen to normal people like you or me.

Preston Arsement, also known as ‘PrestonPlayz’ and ’TBNRFrags’, is a popular YouTuber that’s best known for his Minecraft content. In addition to that, he also posts Among Us, Fortnite, and Roblox gaming content, in addition to challenge and prank videos.

Prior to becoming a YouTube content creator, he was going to college with dreams of becoming a surgeon. However, he eventually had second guesses. After pondering what to do, he decided to launch a YouTube channel in 2018.

To date, his Minecraft channel has over 12.8 million subscribers. He also has a general gaming channel (PrestonGamez) with 3.2 million subscribers. From that channel, his most popular videos include Spending 500,000 ROBUX (1.2M views), Little Brother vs World’s Biggest Obby (3.7M views), and Escape from the Beast in Roblox (Flee the Facility) (2.5M views).

Logan Paul began posting YouTube videos in 2013, after gaining a following on Vine. He later created a blogging channel, which has since become his most popular channel with over 23.5 million subscribers.

As an actor, he has also made several guest appearances in Law & Order: Special Victims Unit, Bizaardvark, The Thinning, and The Thinning: New World Order. He has released several singles as well including ‘Help Me Help You (Featuring Why Don’t We)’, which has since gone platinum in the U.S.

Like his brother, he has also gotten into professional boxing. In 2019, he made his debut in a rematch against KSI. Since then, he has also fought against Floyd MAyweather Jr., the former five-division world champion.

Last year, he also made his WWE debut in an episode of WWE SmackDown.

Dude Perfect is a comedy and sports group based in Frisco, Texas. The group consists of Garrett Hilbert, twins Cory and Coby Cotton, Tyler Toner, and Cody Jones, all of whom used to be college roommates.

Last year, the group released their first song, The Pet Peeves Song. That same year, they came out with a book titled, Dude Perfect: 101 Tricks, Tips, and Cool Stuck.

Ryan Kaji is the star of Ryan’s World, a YouTube channel that’s geared toward kids between the ages of 2-6. They post a variety of content including vlogs and unboxing videos. To date, they have more than 32.6 million subscribers. Their most popular video, HUGE EGGS Surprise Toys Challenge has received more than 2 billion views as of 2022, making it one of the most-viewed videos on the platform.

In 2017, his parents signed a deal with PocketWatch, which does the merchandise and marketing for his channel. With help from them and WildWorks, they eventually released a game app called Tag with Ryan for children. They also produced Ryan’s Mystery Playdate, 20-episode TV series for preschoolers, in 2019.

Nasta is a Russian-American YouTuber. She and her parents run several YouTube channels that produce child-oriented roleplays and stories. Aside from that, they’re also known for their vlogs, unboxing videos, and educational entertainment.

According to Forbes, she’s one of the ‘fastest-growing creators’ on YouTube with an estimated annual income of $18 million. Her videos have also been dubbed into numerous languages including French, German, Hindi, Arabic, Spanish, Bangla, Indonesian, Vietnamese, and Korean.

Last year, her parents also signed a deal with the internet video distribution company Jellysmack, which has to expand her reach on Facebook. Not only that, but they also signed with the multi-channel network Yoola.

Prior to launching their YouTube channel, her mother owned a bridal salon while her father owned a small construction company. The two have since sold the companies.

Nathan, also known as Unspeakable, is best known for his Minecraft videos. He also posts role-plays, challenges, and custom maps, among other videos. Currently, his gaming channel has over 11.3 million subscribers with more than 4.7 billion total views.

In addition to that, he has a channel for his merch, his game Chasecraft, Roblox, and one for the behind the scenes of his vlogging channel.

Rhett & Link are a comedy duo that’s known for their web series Good Mythical Morning. Launched in 2011, the talk show has featured many celebrities over the years including Kobe Bryant, Megan Fox, Daniel Radcliffe, Andrew Rea, and Kevin Smith, among others. Currently, the channel has over 17.6 million subscribers with more than 7.9 billion total views.

In 2013, they also launched a podcast called Ear Biscuits, which has since been moved to its own separate channel. Since June 2021, they’ve also been starring in Ronstadt, a scripted podcast in which Rhett portrays a 9-1-1 call center responder who handles supernatural cases.

The pair has also published two books: Book of Mythicality and The Lost Causes of Bleak Creek, the latter of which is based on their experiences in their hometown of Buies Creek.

Markiplier is best known for his playthroughs of horror and indie games including Amnesia: The Dark Descent, Five Nights at Freddy’s, Slender: The Eight Pages, and Garry’s Mod. He also hosts a number of charity live streams and fundraisers, where he collects donations for various charities including the Depression and Bipolar Support Alliance, Best Friends Animal Society, and Cincinnati Children’s Hospital Medical Center.

In 2018, he also launched his own fashion brand called Cloak, which is a joint venture with Jacksepticeye. Since then, the brand has released collaborations with Five Nights at Freddy’s, Mojang Studios, and The Oregon Trail.

Jake Paul initially rose to fame on Vine. By the time it was discontinued, he had over 5.3 million followers. He later launched a YouTube channel in 2014, to which he posts pranks and rap music. Since 2018, he’s also been boxing professionally.

In 2016, he also landed a role in the Disney series, Bizaardvark. However, the gig didn’t last long; he eventually left during the filming of the second season following public complaints from his neighbors regarding noise generated by his parties and pranks.

Despite his popularity, he’s been involved in a number of controversies and scandals over the years. In fact, he has faced multiple lawsuits, including several sexual assault allegations. In 2020, he also said that COVID-19 was a ‘hoax’, which sparked condemnation from many individuals and media outlets.

From Wichita, Kansas, he began posting videos to YouTube at the age of 13, under the handle ‘MrBeast6000’. He later went viral in 2017, which earned him thousands of subscribers. If anything, his popularity has only gone up since.

In 2022, he launched his own food company called Feastables, which sells its own brand of chocolate bars called ‘MrBeast Bars’. At one point, he even collaborated with Gordon Ramsay for a video. He’s also an investor of Backbone, a tech startup that makes gaming controllers, and a partner of the tech company Current.