What Happened to Emma Bunton – 2022 Updates on Baby Spice 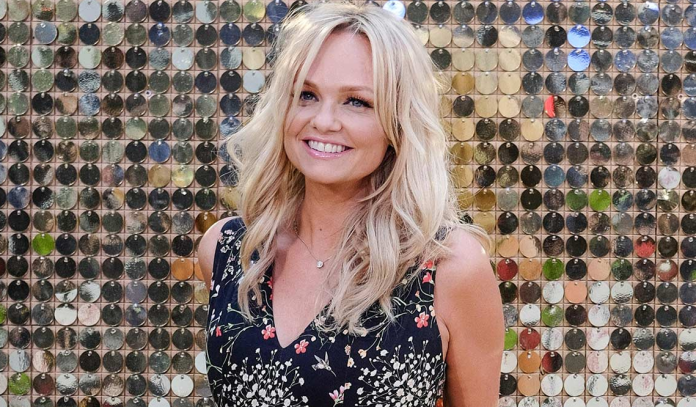 Emma Bunton aka “Baby Spice”, rose to fame in the 90s as a member of the Spice Girls. The girl group eventually disbanded in 2000, though they’ve reunited several times since then. Where is she now in 2022?

Bunton was born in Finchley, London on January 21, 1976. At the age of 11, her parents split. She chose to stay with her mother and attended St. Theresa’s Roman Catholic Primary School as a young child. She eventually attended Sylvia Young Theatre School, where she befriended Keeley Hawes.

In 1994, a group of girls applied after seeing an advertisement in The Stage; they would eventually become known as the Spice Girls. A few months after they got together, Bunton joined the group (then called Touch), replacing Michelle Stephenson, who was replaced due to a lack of commitment.

They signed a recording deal with Virgin Records and eventually released their debut single “Wannabe” in 1996, which ended up topping the music charts in 37 different countries worldwide. That same year, they released their debut album, Spice. A huge commercial success, it received multi-platinum certification in more than 25 different countries. By 1997, it had become the best-selling album of the year worldwide, with more than 19 million copies sold. Four singles were released from the album including “Who Do You Think You Are”, “2 Becomes 1”, “Wannabe”, and “Say You’ll Be There.”

With the Spice Girls, Bunton released two additional albums- Spiceworld in 1997 and Forever in 2000. Both were huge hits. The former reached number one in a handful of countries and the latter sold more than 4 million copies worldwide. Together with the group, she also went on a number of tours including Girl Power! Live in Istanbul in 1997, Spiceworld Tour in 1998, and Christmas in Spiceworld Tour in 1999.

In May 1998, Geri Halliwell left the group, citing creative differences and exhaustion. The rest of the girls carried on as a four-piece for the next couple of years before entering a hiatus at the end of 2000 to concentrate on their individual careers.

On April 16, 2001, Bunton released her debut solo album, A Girl Like Me. It debuted and peaked at number four in the UK and lead to the release of three singles- “What Took You So Long?”, “We’re Not Gonna Sleep Tonight”, and “Take My Breath Away.” Despite that, reviews were mixed. People praised the album for its catchy songs but many criticized it for its generic nature.

She eventually parted ways with Virgin Records and signed a new contract with 19 Recordings, which was run by Simon Fuller, the Spice Girls’ former manager. With them, she released her second solo album, Free Me on February 9, 2004. Produced by Yak Bondy and Mike Peden, it consisted of a dozen songs including “Maybe”, “I’ll Be There”, “Crickets Sing for Anamaria”, and “Free Me”. Critically acclaimed, the album peaked at number seven in the UK and spawned three top 10 singles.

Two years later, she released a charity album, where she covered Petula Clark’s “Downtown.” Shortly afterward, she came out with her third solo album, Life in Mono, which was inspired by 1960s sounds like pop, bossa nova, and motown.

Due to her pregnancy, however, all forms of promotion for the album were canceled. She and her husband Jade Jones, whom she eventually married in 2021, eventually welcomed their first child, a son named Beau, on August 10, 2007. She later gave birth to a second child named Tate on May 6, 2011.

Reuniting with the Spice Girls as Baby Spice

It was announced in 2007 that the Spice Girls would be regrouping one final time for The Return of the Spice Girls concert. Not only was it their first tour since 1999, but it was also their first concert with all five members since the Spiceworld Tour in 1998. Prior to hitting the road, they also released a compilation album, which consisted of their Greatest Hits. The tour eventually ended on February 26, 2008, after 47 shows.

The group eventually reunited as a quintet several years later for the 2012 Summer Olympics closing ceremony, where they performed a medley of “Spice Up Your Life” and “Wannabe.” Their performance was the most tweeted moment of the event with more than 116,000 tweets per minute.

Bunton has appeared on television many times throughout her career. In fact, she had appeared on the small screen several times prior to joining the Spice Girls. Not long after the group went on hiatus, she starred in the TV documentary, Emma Goes to Bollywood, in which she traveled to Mumbai, India to record the films Chocolate and Pyaar Mein Twist.

In 2008, she also appeared on the UK version of The X Factor to assist Danni Minogue in choosing the best acts to proceed to the live shows. She also made her debut in the talk show Loose Women on ITV.

Since then, she has made several additional appearances in Dancing on Ice, The Million Pound Drop Live, Celebrity Juice, Boy Band, RuPaul’s Drag Race All Stars, and The Great American Baking Show. In 2012, she also appeared as herself in the Spice Girls documentary, The Spice Girls Story: Viva Forever!.

As a voice actress, she also lent her voice to Muhimu in the Disney animated series, The Lion Guard and to Mama Bear in the 2018 animated film, Smallfoot. She also played various characters in Pokemon: Mewtwo Strikes Back – Evolution, which came out in 2019.

That’s not all, she’s also been active on Radio. In 2009, she starred as a guest presenter on Heart Breakfast alongside Harriet Scott and Jamie Theakston. That same year, she began hosting her own pre-recorded radio show on Heart. Following Harrier Scott’s departure from the radio show in the fall of 2012, Bunton succeeded her as co-host. She ultimately co-presented with Theakston until the end of 2018; she made her final appearance on December 14. For her work in radio, she received a “Digital Radio Programme” and “Radio Presenter of the Year Award” in March 2017.

In 2017, she also launched a sustainable nursery brand called Kit & Kin with business partner Christopher Money, which specializes in producing rainforest-saving, eco-friendly nappies. She’d decided to start her own company after her own children suffered from eczema and she struggled to find the right products that wouldn’t irritate their skin. After finding out that many baby products contained harmful ingredients, she sought to create her own. Around that same time, she was introduced to Money through a mutual friend.

Earlier this year, she hosted the Concert For Ukraine alongside Marvin Humes and Roman Kemp, which helped to raise funds for those fleeing conflict in Ukraine. A two-hour benefit concert, it took place on March 29, 2022, at Birmingham’s Resorts World Arena, and was broadcasted on television.

She also appeared in the fourth season of The Circle, a reality competition series in which contestants live in the same apartment building but are not allowed to meet or interact with each other. She competed in season four alongside Mel B, as catfish “Jared”, and made it to the fifth episode before leaving. Unlike the rest of the contestants, however, the two only competed to help increase the prize money; they were not competing to win and as such, did not partake in ratings.

Since 2018, Bunton has also been hosting Sunday Evenings, a Sunday night radio show on Heart that airs from 7 pm to 10 pm. According to The Sun, she has banked more than £1.3m from her radio and TV gigs.

In 2019, she also released her fourth solo album, My Happy Place, which consisted of ten tracks, eight of which are cover versions of some of her favorite songs. It also included two originals, which are co-written by Bunton. While critics praised the maturity and cheerfulness of the album, many thought that it lacked personality. In the UK, it reached number three on the Independent Album chart, and in the US, it peaked at number seven on the Billboard Top Heatseekers Albums chart.

Last year, she also released a book titled, “Mama You Got This: A Little Helping Hand For New Parents”, which includes supportive advice and stories for the first year. Not only has it received positive reviews from parents (it currently has a 4.7-star rating on Amazon out of more than 110 reviews), but it has also since become a Sunday Times Bestseller.

For those who’d like to keep up with the singer, why not follow her on social media? She has an Instagram page with over 1.3 million followers (@emmaleebunton) and also tweets regularly on Twitter (@Emma Bunton).