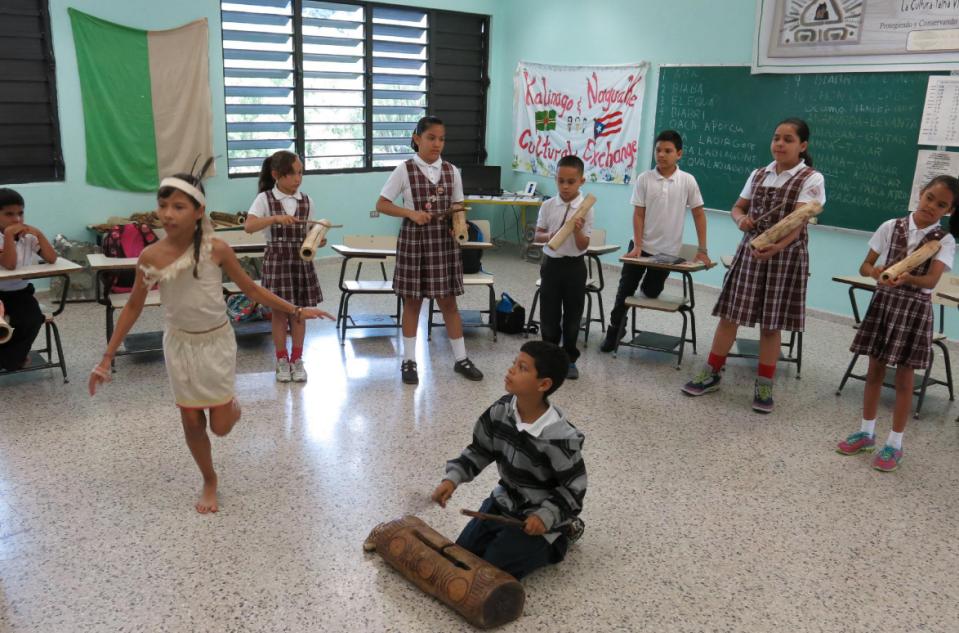 Not all Puerto Ricans are looking to learn just English, in an area known by its beautiful mountains, elementary school students are studying a language that is slowly dying, beating on drums and growing crops like cassava and sweet potato as they learn about the indigenous people who lived on the island way before Christopher Columbus arrived.

The children that are studying the indigenous people in four towns in the island’s southeast corner play a ceremonial ball game that was called batey by the native Tainos, who were pretty much wiped out. The boys and girls also take time to learn words from the local Arawak language, which was brought back with the help from several linguists, and still exists in different versions among other groups around the world.

Now that it’s been a huge success in the area, a group of academics and educators want to expand the Taino education program to public schools in the United States, in an effort to teach children about the little known territory and the people who lived there before.

“If you don’t know your roots, you don’t know yourself,” said anthropologist Carlalynne Yarey Melendez, director of the Taino cultural organization that runs the educational program. “There are so many communities and schools that want the classes, but I can’t keep up with the demand.”

Puerto Rico’s population has a lot of interest for indigenous past and it has grown in recent years, with 42,000 of the 3.7 million people then living on the small island identifying themselves as part Taino in the 2010 Census.

Even though the 42,000 is just 1 percent of the population, Puerto Rico’s legislature is taking this seriously and is considering a proposal to declare Melendez’s Naguake organization to be the island’s first indigenous-based community. This would allow it to

receive funds from the United States under a program that aids native groups, and spread the program to other places.

“As one of our elders said at one time, ‘Just as they wrote us off the books, we will write ourselves back in,'” said Tai Pelli, a liaison officer for the New York-based United Confederation of Taino People.

Melendez has taken her time to try to convince legislators to pass the proposed idea. The anthropologist has worked in the past with U.S researchers on DNA studies supported by the National Geographic Society to find out more about the people that used to live in the area.

Before the Europeans arrived, the Tainos also lived in islands close to Puerto Rico. Some of 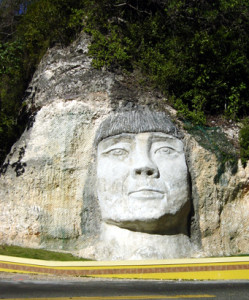 these places were: Jamaica, Cuba, Hispaniola and other parts of the Caribbean.

Experts believe that at the time of Columbus’s arrival, Tainos had a population of about 60,000 living in the island. That number dropped quick when the newcomers brought diseases such as smallpox.

Today, many places in Puerto Rico use Taino names, but there are just a few objects and traces of the group.

Some of the parents were not really sure about their kids studying an almost dead language, but they were delighted after hearing what their kids learned. Maribel Rodriguez said her 9-year-old Brayan Lopez is fascinated by the classes.