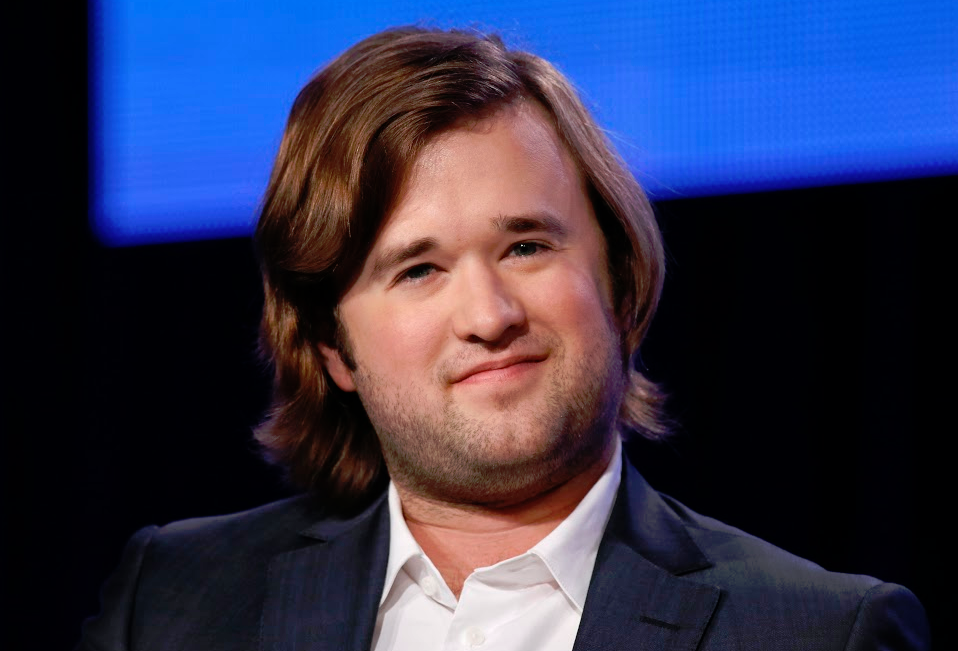 You probably remember Haley Joel Osment for his critically acclaimed appearance in The Sixth Sense, where he co-starred with the legendary Bruce Willis. He became the second youngest actor to receive a nomination for an Academy Award for supporting role. His line in the movie, “I see dead people,” became an iconic catchphrase that many films and television shows cameo to this day. Shortly after, he starred in the blockbuster film Pay It Forward, and in the following year he appeared in Artificial Intelligence, a Steven Spielberg film. Osment has almost instantly become a star, and at the incredibly young age of 13, he had only just begun his film career.

But when was the last time you heard his name? How could someone whose career was only beginning, had just started to blossom and had a ceiling so high, go from teenage star to unknown? His story, his rise and fall, is an astonishingly bizarre, almost cautious tale.

The Rise of Haley Joel Osment

Born in 1988, Haley Joel Osment lived his early life in Los Angeles, California. His father was an actor himself, and his lone sibling, Emily Osment, became an actor herself. Because of his family’s ties with the industry of film, Haley began his acting career at the age of four. He had gone to a furniture store with his mother, Theresa Osment, only to bump into a talent scout. Haley had his information written down, and got a reply soon after. At the audition, he was asked to describe the biggest thing he had ever seen. Haley described an IMAX theater screen, and ending up winning a part in a Pizza Hut commercial. Osment had won the part not only with his delightful enthusiasm, but with his rare acting skills. This small commercial jump-started his career, and his fame started to increase at a rapid, exponential rate. 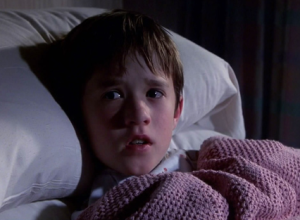 He soon landed the role that would give him worldwide fame: the young boy Cole Sear, a psychic child in the film, The Sixth Sense. He was only 11 years old, yet during the audition he was able to perform at a much higher level than any other young actor his age. While filming the movie, he was so determined to get the part perfect; he would do tricks unheard of to make sure his mind was in sync with his character. He was known to slam his head into the wall of the filming area in order to conjure the sense of dread and pain that the scene required, and he would continuously perform this action until he felt he was hurt enough to play the part with the proper emotions. During another difficult scene where he got slapped by his in-film mother, Osment asked her to forgo the staged slap and literally strike him with force so that he could, “feel the shock”. This type of acting behavior was unheard of; the fact that it was coming from an 11 year old showed how special Haley really was.

After receiving international attention for his part in The Sixth Sense, Haley landed another starring role in a movie from arguably the most influential director of all time: Steven Spielberg. The movie, Artificial Intelligence, was revolutionary in its own right. It offered a warning of the potential harms of a technologically advanced society, similar to the novels 1984 by George Orwell and Ray Bradbury’s Fahrenheit 451. While the movie itself was a big hit, Osment’s fame rose dramatically, to an unseen level for such a young actor. And he wasn’t your average Shirley Temple, using his voice and looks to gain the audiences’ heart; he was a bona fide actor who used his incredibly advanced skills to portray a character’s emotions better than many adult actors. He had arguably the brightest future of any actor his age.

Now to the real question, what happened to Haley Joel Osment? In 2006, after appearing in numerous other films, Haley Osment’s career took a sharp turn. As we’ve seen today with many celebrities who experience fame at a young age – Lindsey Lohan, Miley Cyrus, and Justin Beiber, to name a few – most kids have trouble dealing with all the pressure.

However, on October 19th, 2006, when Osment pleaded no contest for drunk driving and drug possession after a car crash, it couldn’t have been more surprising. Not only did he receive numerous injuries including a broken rib and a fractured shoulder, he was sentenced to three years of probation, numerous hours in alcohol education programs, and multiple fines. His acting career was suddenly put on hold.

It was discovered that he had a drug and alcohol problem after this event, and he was no longer getting the usual invites to audition for blockbuster movies. He eventually came back into the realm of acting with his role in David Mamet’s American Buffalo reboot, however the movie was released to mixed reviews from critics and a statement was soon released saying the film would close after the first week.

What is Haley Joel Osment Doing Now in 2018?

Haley Osment was last heard of earning a starring role in the movie Wake the Dead, with production beginning in late 2011. However, to this day no publishing status has been released. Aside from small appearances in Alpha House and The Spoils of Babylon, Osment’s career has hit a standstill. His story is another cautious tale of a young star with unlimited potential who became his own enemy. His demons took 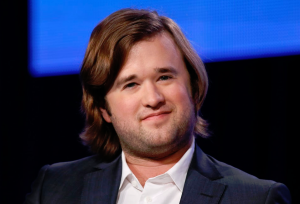 over him and ruined what he had left. Ironically, his character in his most famous movie was haunted, and he now was in real life.

The saddest part of Haley’s story is how he isn’t alone. Almost every child celebrity in this generation starts to go down the wrong path. For every success story like Hillary Duff – or even Haley’s sister Emily Osment – there are even more stories like Lindsay Lohan or Molly Ringwald. The truth is, no one is a sure thing. Haley Osment is the ideal example of this unfortunately common predicament and an example of how quickly celebrities can fall off the map.