What Happened to Val Kilmer? What is He Doing Now? 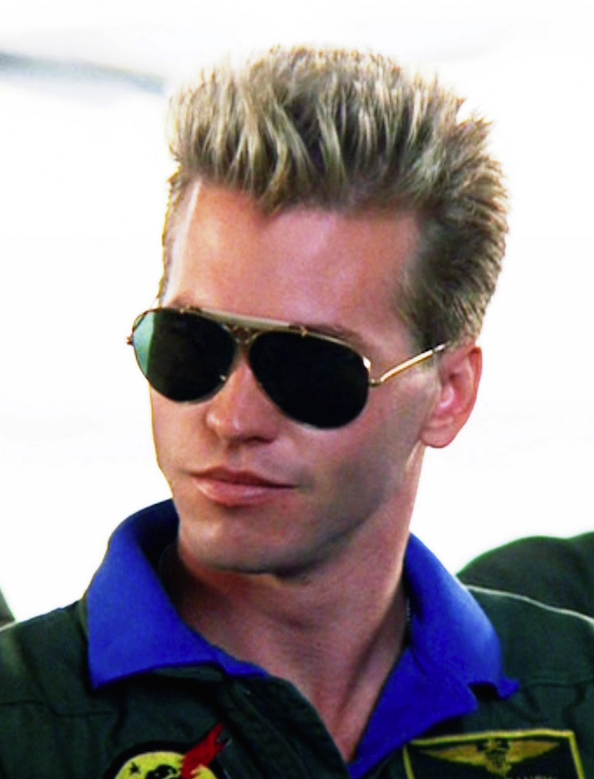 It wasn’t long ago that you couldn’t have a conversation about leading men without discussing Val Kilmer, who played Tom Cruise’s rival in Top Gun, Doc Holliday in Tombstone, and Bruce Wayne in Batman Forever. While Kilmer portrayed Batman in only one film, being replaced by George Clooney in the sequel, nobody could deny the acting talent of the Julliard educated tour-de-force that was the young Val Kilmer. So how did the man who reached the heights of Gotham city fall so far below the radar? Read on to find out. 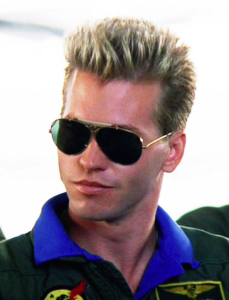 After excelling at the world-renowned Juilliard School for the performing arts, where he was accepted at the time as the school’s youngest student ever, Val Kilmer got his big break with two 80’s comedies. In the action comedy Top Secret!, Kilmer portrayed rock star Nick Rivers, who finds himself accidentally embroiled in the Cold War politics and spy games of a Berlin Wall era East Germany. A real life musician, Kilmer sang in the film and on a corresponding soundtrack from his fictional character, Nick Rivers. In Real Genius, Kilmer stole the show as an eccentric physics genius, prankster, and party animal who teams up with more traditional nerds to foil a CIA plot to use their research as a weapon.

It was Top Gun that made Kilmer truly famous though. In 1986, Val Kilmer played Lieutenant Tom “Iceman” Kazanski, a cool to the core ace pilot and top student at the Navy’s Fighter Weapons School nicknamed “Top Gun.” Iceman and Cruise’s “Maverick” competed for the head of the class position in Tony Scott’s high octane, adrenaline fueled classic, eventually becoming friends after teaming up to take down rogue Russian fighter jets. Kilmer rounded out the 80’s with leading roles in Ron Howard’s fantasy epic, Willow, and Gore Vidal’s Billy the Kid. On the set of Willow, Kilmer met and fell for his costar Joanne Whalley, and the two were married soon afterwards. Around this same time, Kilmer began to develop a reputation of being difficult to work with, eccentric, and egocentric. 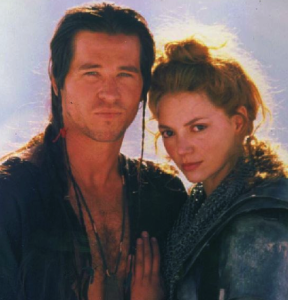 The 90’s saw Kilmer coming into his own as a powerful lead in historical epics and major blockbusters. Kilmer took up the mantle of musical legend Jim Morrison in Oliver Stone’s 1991 biopic The Doors. For his casting as lead in the film, Kilmer beat out Tom Cruise, Johnny Depp, Bono, John Travolta, and even Richard Gere after sending the director his own homemade music video. During filming, however, Kilmer often clashed with Stone about the direction of the script. In his next movie, Kilmer became dangerous gunslinger Doc Holliday, battling alongside Kurt Russell’s Wyatt Earp at the O.K. Corral in 1993’s Tombstone. The film was one of the most critically and commercially successful Westerns of all time when it was released, and it was considered a major success for the up and coming Kilmer. For his commitment to the Doc Holliday role, he was noticed by Joel Schumacher, a director best known for his thrillers The Lost Boys, Falling Down, St. Elmo’s Fire, and two Batman films. Schumacher offered Kilmer the lead role in 1995’s Batman Forever.

Batman Forever was one of the highest grossing films of 1995 and brought Kilmer to mainstream action audiences. In the flick, Kilmer starred alongside Tommy Lee Jones, Jim Carrey, and Nicole Kidman. Unlike its Tim Burton predecessors, Schumacher’s Batman films drew more heavily from the Golden Age pulpy, slapstick-heavy Batman comics, and also from the campy 1960’s television series. Kilmer did not repeat his role in the sequel, Batman and Robin. He came into conflict with Schumacher on the film’s focus on the villains; Kilmer felt that he should be the star of the show. This continued to cement Kilmer’s status as combative, and the movie was the high point of Kilmer’s career financially. 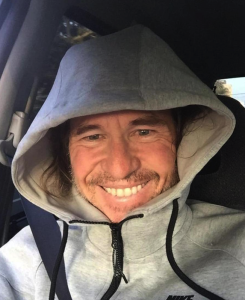 Kilmer’s next few roles were in dramatic action movies that struggled to achieve the highs of his earlier career. These included The Saint, a spy thriller based on a long running radio, television, and book franchise, and The Ghost and the Darkness. Kilmer also worked with Marlon Brando in The Island of Dr. Moreau, a heavily panned remake about an island of human-animal hybrid creatures. Another misstep came with 2000’s science fiction box office flop, Red Planet. Around this time, Kilmer and his wife were divorced. Kilmer continued to take roles in lesser known films like Mindhunters, Kiss Kiss Bang Bang, Alexander, and Tony Scott’s Déjà Vu. By 2007, Kilmer was the butt of jokes like Bowling For Soup’s song “Val Kilmer” and most of his work was limited to television cameos, horror films, and limited release flicks.

Unlike many actors fallen on hard times, Kilmer has not stopped working. He has appeared in sometimes as many as four or five films each year, generally in minor or supporting roles. Kilmer is slated to appear in avant-garde director Terrence Malick’s upcoming musical drama, Weightless, in which Kilmer will play second banana to A-listers that could include Ryan Gosling, Christian Bale, Natalie Portman, Rooney Mara, Michael Fassbender, Benicio Del Toro, and Cate Blanchett. While the light from Kilmer’s star pales in comparison to these current Hollywood greats, Kilmer’s early career legacy remains intact. No less than House of Cards’ Kevin Spacey has stated that he got into acting after seeing an early Val Kilmer performance.