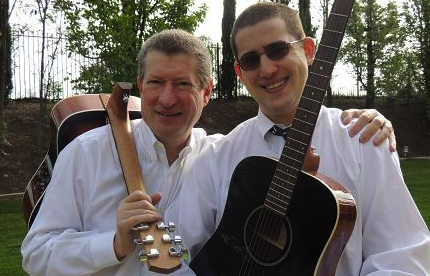 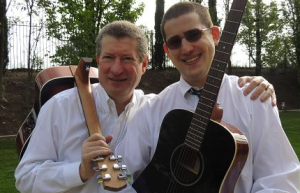 Entrepreneurs and inventors Jeff and Josh Cohen are the proud creators of Voyage Air Guitar. This father and son duo concocted the brilliant idea of inventing a guitar that could accommodate the fast-paced and adventurous lifestyle that most typical musicians tend to lead. Through innovative technology and a completely creative idea, Jeff and Josh introduced the musical world to a quality guitar that can bend its neck as the result of a uniquely designed hinge, tuck the strings inside the hole, and be placed into an all too easy to carry travel bag or quickly stowed away. During the beginning stages of the Voyage Air Guitar, Jeff and Josh stayed local and did their best to produce as much of their product as they could. However, due to the success and high demand of the guitars, the Cohen’s were faced with a dilemma. Without the proper funding to be able to expand their company, guitars would continue to be in short supply. So, in an attempt to satisfy their monetary needs, the pair set off for ABC’s Shark Tank.

During their presentation on the show, Jeff and Josh were ideally seeking a $500k buy-in for a 5% stake in 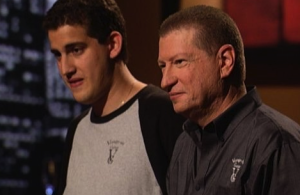 the Voyage Air Guitar brand. The initial reactions from each of the sharks was utter bewilderment, but they appeared to be more interested once Jeff demonstrated what exactly it is that makes these particular guitars so special. Investor Kevin O’Leary was the first to take a closer look at the guitar to see for himself whether or not the guitar would stay in tune when it was reassembled. After it was confirmed that the guitar does in fact stay tuned, Robert Herjavec began to ask questions about the patented hinge the general sales of the product. Jeff explained that after selling 800 units at around $500 each, they brought in $400k. What disarmed the sharks was that he also mentioned that they were cash flow negative. Herjavec went on to make the point that $500k for a 5% would ultimately make the overall company worth $10 million and they have only collected $400k in revenue. Jeff bluntly stated that he saw no issue in that, to which O’Leary said he saw greed.

After a little more discussion, Herjavec revisited the patented hinge and inquired on why they had not licensed companies who manufacture guitars and simply sit back while profits rolled in. Due to the company’s fresh face on the market, Jeff wanted to establish success within the company before making any moves like that. It was clear that the sharks were interested because they saw the potential to make money, but they were not seeing eye-to-eye with the founder of the company. O’Leary made an offer to buy 51% of the hinge patent for $500k, but Josh and Jeff ended up walking away with nothing because they couldn’t come to an agreement with the sharks. 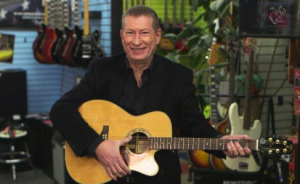 Once the episode of Shark Tank had been aired, the Voyage Air Guitar company received quite a lot of recognition that followed afterward. They successfully built a network of retail dealers across the United States and selected a few international distributors, which definitely helped to increase sales and profit. Preceding their first visit to the show, Voyage Air was featured on a follow-up during the second season. Sales and the general net worth of the company were increased even further after Good Morning America asked them for an additional update on their status. Since then, Jeff has arranged for a partnership with Fender in order to create portable Fender guitars. So, all in all, Jeff Cohen’s company has become one of the most successful and recognizable companies to ever have left the Shark Tank without having made any sort of partnership with the sharks. His courage definitely set an example for new and struggling businesses.

If you are interested in purchasing a Voyage Air collapsible guitar, they do have a website where you can place an order online however it’s faster and cheaper to buy them from Amazon.com here. Supplies do run out rather quickly and product supplies have been surprisingly low because they are in the process of moving the company to a bigger location, but they do expect to have replenished supplies very shortly.