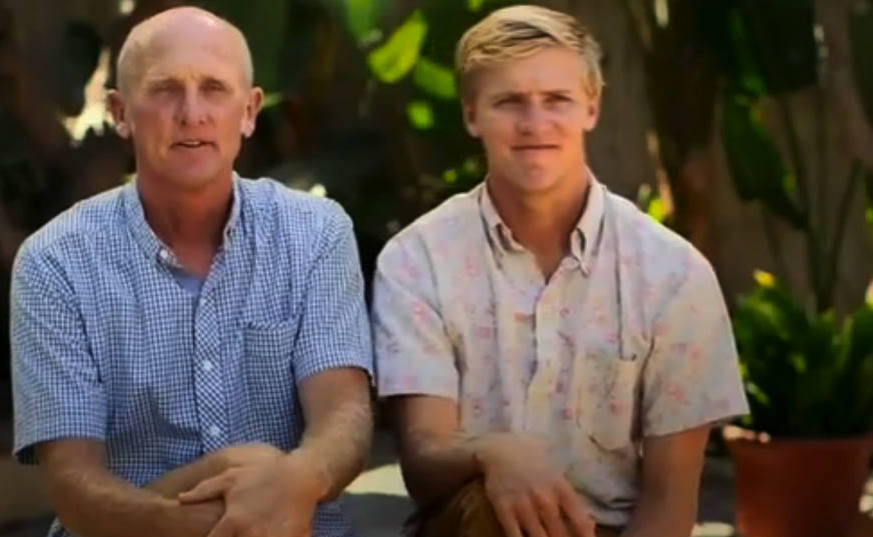 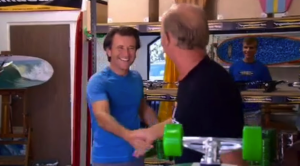 Pete Hamborg, lives with his wife and five sons in Huntington Beach, California. He and his family invented something called the Hamboards. They claim that they are a true beach family. All of Pete’s sons are lifeguards, Pete himself is a firefighter and the whole family enjoys surfing. Pete states that he lived and surfed in Huntington Beach for over thirty five years. He realized that the great surfing feeling that he has been able to enjoy is something that everyone would want to connect with. That is the reason why he and his family created the Hamboard. Pete states that their product will allow everyone to truly experience the feeling of surfing, without water.

Hamboards are growing, the orders are increasing and Pete states that he and his family senses that the Hamboards brand is in traction. Pete says that they need an investment from the sharks, because they do not have enough money to make the amount of boards that they need, to meet the demand. They would like to expand the Hamboards into the rest of America, so that everyone can enjoy surfing, even if it is on land.

“Pete Hamborg, his cousin and one of his sons ride confidently into the studio on their Hamboards. They stop in front of the Sharks and take off their helmets”

Pete and his family have made a great entrance into the studio. Many of the Sharks are amazed and look at the Hamboards with wide open eyes and smiles on their faces. Pete starts off by introducing himself, telling the Sharks that he is the founder of Hamboards. He also introduces his cousin Donnie and his oldest son, Gus. Peter states that they are asking for one hundred thousand dollars for a fifteen percent stake in their company.

Pete starts by telling that when skateboarding first was invented, the idea was to get a piece of wood the feel of surfing, when you road a skateboard. It has been the unattainable holy grail of skateboard design. He

states that somebody has finally done it, and tells the Sharks that is himself and his family. Pete continues by telling the Sharks how they started off as a company. He states that a few years back, he had five young sons running around in the house, and he wanted to teach them how to surf. One of the things that Pete wanted to add to the process of teaching them how to surf was, to make a really large skateboard. What he ended up making was something that really didn’t work that well.

Gus Hamborg takes over the presentation, and starts by telling about how thankfully, one of his younger brothers left his giant skateboard out on the driveway, and his mom backed over it with the family wagon.

“Robert Herjavec has a big smile on his face”

Gus states that when he and his brother jumped on the giant skateboard again, it felt like an actual surfboard, because it was flattened out by the family wagon, which also modified the trucks, which allowed it to turn better. He says that his dad found a way to replicate the incident, and they started making boards for themselves, and rode them all over Huntington Beach. Gus also mentions that people were freaking out, and really wanted to buy them. So the next thing they knew, Pete and his family had a little business in their garage, making and selling Hamboards.

Pete takes over the presentation and states that he didn’t really know anything about business dynamics. He says that Gus and his brothers are all lifeguards and he himself is a firefighter, so they were hitting some rough waters. Pete states that they shook the family tree, and Donnie fell out of it.

“All of the Sharks are listening carefully to the presentation”

Donnie says that Pete and Gus are great with the products and promotions, but the first time he had a real business meeting, the guys needed a yoga break and a twenty minute nap, after an hour-long presentation. Fast forwarding to today, Donnie states that he is the company hard ass, and he pays the bills. He states that they are hitting the monthly objectives, like a small business team should. Donnie also states that the business is growing out from under them. Donnie tells the Sharks that he has business background by working for DuPont for ten years, and he has been an entrepreneur for about ten years after that.

“Robert Herjavec asks Pete, Gus and Donnie to tell him about the sales of the company”

Donnie starts by telling the Sharks that for the last twelve months, they have been making two hundred twenty five thousand dollars in revenue. He also states that they are planning to hit three hundred fifty thousand dollars for this calendar year.

“Kevin O’Leary says to Donnie that these figures are nothing but peanuts. He asks Donnie how he wants to get sales in the millions of dollars”

Donnie answers the question by saying that they have just hired two representatives, just little over a month ago. They are trying to get into the surf/skate/action sport markets. Donnie also states that they have patents on all the Hamboard models, but they do not have a utility patent on the trucks of the boards.

“Lori Greiner asks Donnie, if it is possible to find other surfboard looking skateboards”

Donnie answers by saying that you could probably find more surfboards with wheels under them, but they won’t feel the same as their Hamboards. He states that somebody had bought a similar looking product, and called Donnie afterwards, wanting to return to product to them. That person’s complaint was that the board did not ride, how a Hamboard was supposed to.

“Robert Herjavec asks Gus which board is the bestseller”

Gus shows the Sharks the most popular Hamboard, which is called the Classic. He states that the board is made out of solid bamboo and retails for nearly six hundred dollars. When Gus was about to show the next most popular board, the sharks asks Donnie, how much it cost to make the Classic. Donnie states that it cost one third of the price to make it, two hundred dollars, roughly speaking. The Sharks also ask where they build the boards, to which Donnie responds by saying that everything is being built in Huntington Beach.

Lori Greiner says that the Hamboards are a cool product and that she loves family businesses, but it seems to her that it is more of a niche product, more for coastal areas than heartland. Lori also states that the innovation is great, but she feels like people from outside the coastal areas are not interested in such products. For that reason, Lori Greiner is out.

Donnie states that their honest hope is that they get to make a kick start with their terrific product, and connect that with surfers and skateboard enthusiast. They want to extend the surf culture across all of America and the world.

Kevin O’Leary says that he is not worried about the surf culture, because there is a big skateboard industry worth millions of dollars. He states that the family needs to find out how to get a certain percentage of that. He also states that if they had shown him, that they found a working model, and that they had a plan to make millions of sales, he would have gladly invested in them. Because the family does not have that, Kevin O’Leary says that he is out as well.

“Pete, Gus and Donnie are looking very disappointed and sad”

Daymond John starts by saying that he has a level of interest in the Hamboards. He states that it will be a big gamble, because he has to go out and attempt to get a license for the products immediately. Daymond makes an offer of a hundred thousand dollars for a thirty percent stake in the company.

Robert Herjavec says that he does not see it as a licensing problem and that the family is selling the California dream. He says that a small percentage of their customers is going to be hardcore surfers, but the bigger part will be people who are simply interested in trying out the Hamboard, and have nothing to do with the surf culture. Robert also states that the company needs more discipline and money, and that’s where he will jump in. He offers three hundred thousand dollars for a thirty three stake in the company.

The family counters Robert Herjavec’s offer, asks him to go down to thirty percent, to which Robert hesitates, but he accepts. Pete, Gus and Donnie are really happy about this deal and they look forward to be working with Robert Herjavec.

Pete and his family were never in financial troubles, and their products were actually selling quite well. In 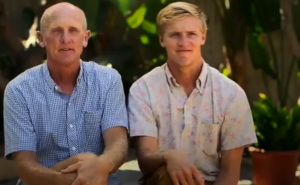 fact, business was doing so well, that they needed the help of an expert, in order to keep a handle on their business. The deal they made with Robert Herjavec worked out very well, both for the family and for Robert himself. Hamboards really took off across America, and even in European markets. With Robert’s financial aid, Hamboards is now making over a million dollars a year and they have expanded their warehouse capacity. There is no mention of Pete´s products being the best or worst on Shark Tank. Three out of the five sharks were not interested in the Hamboards, because they thought the family did not have any long-term plans.

You can purchase any of the Hamboards, clothing and accessories by going to www.hamboards.com and ordering them online. There are a lot of positive reviews about the boards themselves, especially on Facebook. People generally seem to like the products, and like the fact that the products are of high quality.

Products on the website range from Hamboards to clothing, and also several Hamboard accessories, which you will need to ride your Hamboard over land. The price for Hamboards range from two hundred dollars upwards to six hundred dollars. You will be able to get your products shipped to your doorstep.