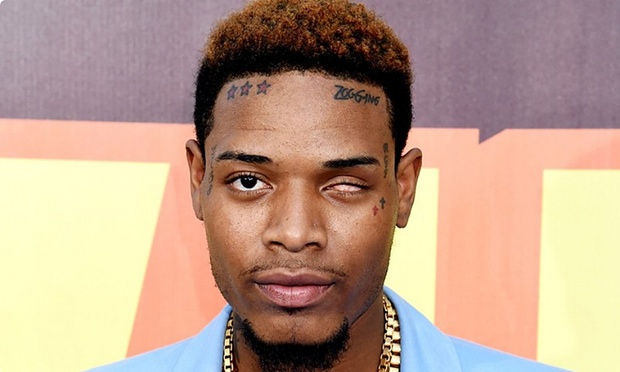 Riding high on his success with the 2014 single “Trap Queen” Trap&B artist Willie Maxwell, better known by his stage name Fetty Wap, almost came to an abrupt halt after he was involved in a collision. The 24 year old rap pioneer has been setting the airwaves ablaze with his subtle blend of hard hitting 808s with melodic rap/sung vocals.

Born on June 7th 1991 in Paterson New Jersey Fetty Wap is a new comer with a bright future. He began making music only two years ago and has already seen mainstream success with four hit singles off his self title Album, released in September of this year. As a child he suffered from dual glaucoma and doctors only able to save one eye giving him his signature look, a distinctive blank left eyeball. This hasn’t held him back and he is quoted as being thankful just to be able to see at all.

Fetty Wap takes his name from one of his primary influence, Gucci Mane, whose nickname was Guwop. In November of 2014 Fetty Wap’s label, RGF Productions, partnered with 300 Entertainment who saw talent in the young artist and began to push “Trap Queen”. Re-releasing the single in December 2014 it became a sleeper hit, slowly crawling up the Billboard hot 100 peaking at number 2.

He continued to record throughout 2015. Fetty Wap was supposed to release a mix tape in February but kept adding more and more songs, releasing three more singles during that time frame instead. All four of Fetty Wap’s singles charted in 2015 becoming the third rap artist to have three consecutive singles reach the top 10. His hotly anticipated début album was released on September 25th to positive reviews.

On September 26th, just one day after the release of his album, Fetty Wap was involved in a Motorcycle collision. Whilst trying to overtake a vehicle Fetty Wap was hit by a car coming in the opposite direction. The artist had been hit with citations for driving without a license, driving without insurance and for failing to provide a valid registration card for his vehicle in the months prior to the collision. He was rushed to the nearby St. Joseph’s Regional Medical Center for treatment. 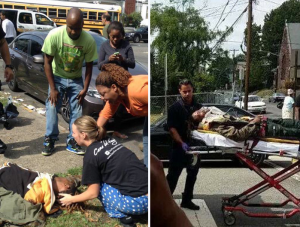 The following day images were uploaded to twitter by ironically named friend of the artist DJ Akademik. He was described as responsive on the scene.

The accident shattered his left knee and the artist will be unable to walk on it for months. On September 28th Fetty Wap received a court summons, though the details remain a mystery. His injuries forced him to cancel several gigs, including a high profile appearance at the Jam’N 94.5 on October 20th. He still appeared on October 22nd for the Power 105.1 Powerhouse gig.

The road to recovery will be a long and slow one it seems. As recently as December 6th the rapper tweeted ‘My knee went out on me yesterday was in the hospital all mornin … didn’t really get any good news smh’. We will have to see if this will further impact his touring but for the moment it seems it will not.

The last year was a tumultuous one for the star. He initially declined all physical therapy, relying on the high one gets from being on stage to do the work of trained professionals. Turned out to be the wrong move, as it wasn’t long before he was re hospitalized, citing knee issues. He finally did go to a physio and has recovered well, now walking unaided. In more salacious news, the rapper had a sex tape leak, with ex girlfriend Alexis Sky. Alexis Sky has hit out recently, claiming that it was Fetty himself that leaked the tape, regardless of him filing cease and desists against anyone hosting the video.