What Happened To Patrick Dempsey – See What He’s Doing Now 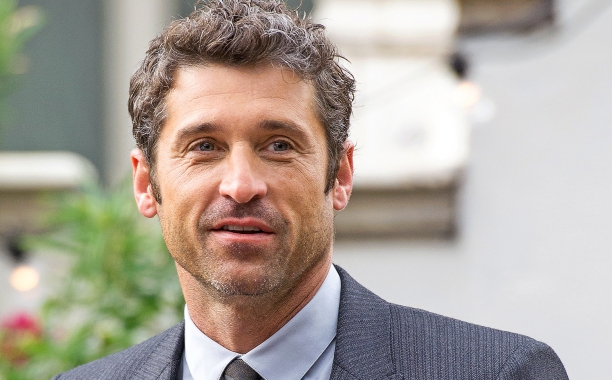 He dropped out of high school to pursue a career as a juggler but soon found fame on television and film. No I’m not talking about the acclaimed Penn Jillette. I’m talking about actor Patrick Dempsey. Starting as a teen heart-throb in the eighties and maturing into the McDreamy we know from the hit show “Grey’s Anatomy” Patrick Dempsey has shown a wide variety of range along the way. So what is he up to these days? 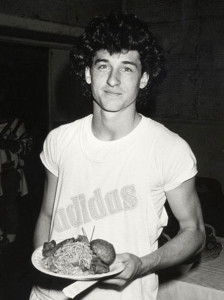 Patrick Dempsey was born on January 13th 1966 in Lewiston Maine. His mother, Amanda, was a school secretary and his father, William, was an insurance salesman. He attended St Dominic Regional High School for a few years but dropped out to become a juggler and magician. He won several national juggling competitions but soon transitioned into acting.

He began his acting career on the stage. Landing a role in a Maine production of “On The Golden Pond” at age fifteen. At seventeen he landed the role of David in Harvey Fierstein’s “Torch Song Trilogy” in 1984. Telling the story of Arnold Beckoff, a Jewish Drag Queen living in New York. Patrick Dempsey played David, the teenage gay son of the protagonist. The play was adapted into a film in 1988 which was well received.

He then landed the lead in the Neil Simon play “Brighton Beach Memoirs”, a semi autobiographical play based on Simon’s life. It toured for most of 1984 and allowed Patrick Dempsey to begin looking into film work. He made his feature film début in 1985 with a bit part on “Heaven Help Us” and followed that with another small part in “Meatballs III: Summer Job”.

His first major film role was as Ellsworth Wisecarver in 1987’s “In The Mood”. The true story of a fourteen year old boy who ran away with not one, but two different married women in the forties. Wisecarver himself had a cameo in the flick as a mail-man, he died in 2005. In a case of life imitating art that same year twenty-one year old Patrick Dempsey Married forty-eight year old Rocky Parker. She was both his manager and the mother of his best friend at the time. They divorced in 1994 and she passed away in 2014.

He went on to co-star In the 1987 teen comedy “Can’t Buy Me Love”, which was given a race-lifted remake in 2003 as “Love Don’t Cost a Thing”. In the film Patrick transforms from zero to hero, geek to chic in order to win the hand of the most popular girl in school. Granted that’s not too hard when you’re already Patrick Dempsey. The film was a financial success but received a mixed critical reception.

After showing a more serious side in the world war II drama “In a Shallow Grave” Patrick Dempsey returned to more familiar roles in the last years of the eighties. “Some Girls”, “Loverboy”, and “Happy Together” cemented him in his status as a teen heart-throb. He made several films in the nineties branching out into family flicks and thrillers. He began appearing in television roles, a few failed pilots at first then sitcoms. His first major role being the closeted sportscaster boyfriend of Will on “Will and Grace”.

He received an Emmy nomination for his recurring role on “Once and Again” and starred opposite Reese Witherspoon in 2002’s “Sweet Home Alabama”. His new image was codified with his starring role on “Grey’s Anatomy”. The title a pun on a medical journal “Grey’s Anatomy” focuses on the private and professional lives of a group of surgical interns and residents. Initial Patrick Dempsey auditioned for a role on a rival doctor show, “House”, as Robert Chase, but failed to get the part.

His role as neurosurgeon Dr Derek Shepherd won him a whole slew of new fans. Nicknamed “McDreamy” by the series protagonist he was known as a typical “Prince Charming” like character with a cold almost self involved streak. Patrick Dempsey was able to marry these two conflicting sides of the character into a cohesive whole. He left the show in 2015 and the character was killed off. 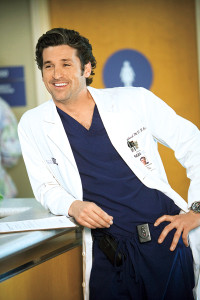 He has been the face of both L’Oreal and Versace and in 2008 he launched his first signature perfume; Unscripted, a name shared by Tim McGraw and Carlos Santana for their fragrances. He appeared in an advertising campaign in Mexico for Cablemas and since 2013 has been the face of Silhouette, promoting their line of eye-wear.

What is Patrick Dempsey Doing Now in 2018?

Aside from acting Patrick Dempsey is an amateur Auto racer. He has participated in many pro-am events and in 2015 placed 6th in the complete FIA World Endurance Championships racing for Porsche.

In 2016 he will appear in “Bridget Jone’s Baby”, the third film in the Bridget Jones series. He will be divorcing his second wife, Jillian Fink whom he married in 1999 and has three children. It is likely he will continue to focus on his auto-racing but will be limiting his television appearances, he does not want to do another 24 episode per season show for a while. He has been romantically linked to Jennifer Garner, though no confirmation of a relationship exists.

Late last year Patrick Starred in what i hope is the final installment in the Bridget Jones series, Bridget Jones’ Baby. His performance was well received. He is set to star in a few projects this year, Micronesian Blues and Disenchanted. Micronesian Blues looks to be the more interesting of the two projects, a gritty drama set in Oceania about a burnt out US cop and  gang violence. Let’s hope it gets picked up.